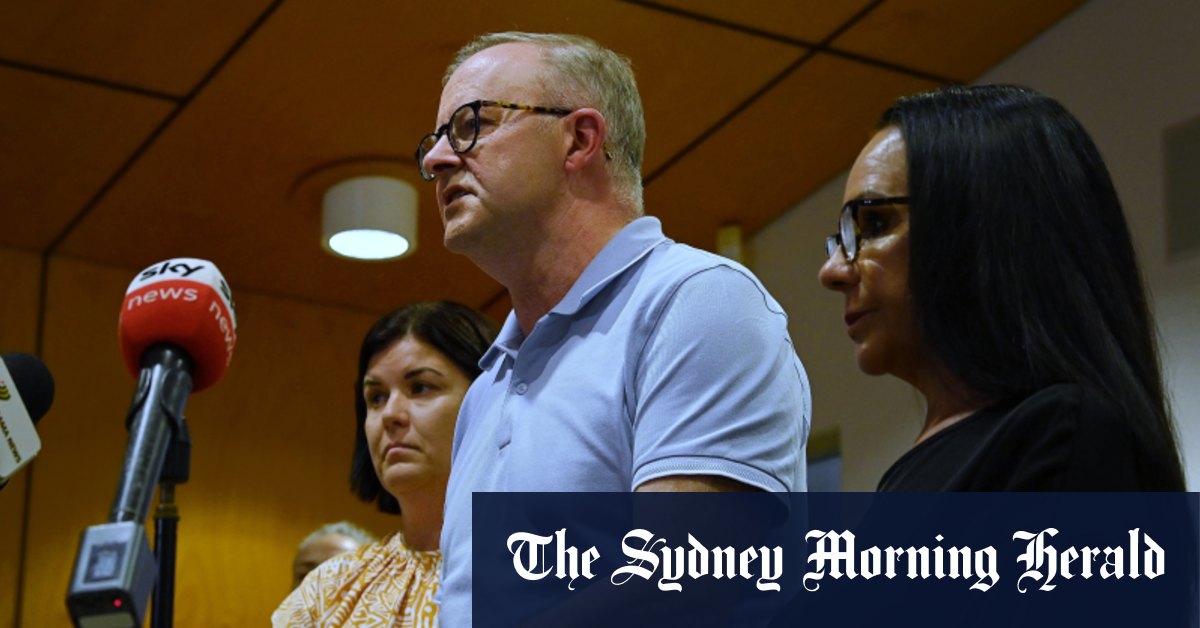 The recent disturbing rise in crime in Alice Springs has come at a crucial time for the referendum on an Indigenous Voice to parliament.

In the city of 32,000 there has been a significant rise in assaults and other street crimes that seems linked to the expiration last July of a federal law limiting alcohol sales in surrounding remote Indigenous communities.

Prime Minister Anthony Albanese might have ignored this issue, which is primarily a matter for the Northern Territory government, and his visit to Alice Springs on Tuesday made little practical difference. But he was stung into intervening because the events in Alice feed into the debate about the Voice in complicated ways.

If Albanese had stayed aloof, it would have been a gift to those who say his campaign for the Voice is gesture politics and he should devote his attention instead to solving practical problems such as those in Alice Springs.

Opposition Leader Peter Dutton has spent the past few weeks both expressing doubts about the Voice and demanding federal action in Alice Springs.

He has not specifically linked the two issues, but he has made some dog whistles.

For example, Dutton has said that the Albanese government has been slow to act in Alice Springs “because of race”. He says that Albanese would have stepped in much faster if similar scenes occurred in big non-Indigenous cities.

He seems to be saying that the “woke” left are too inclined to give Indigenous people special treatment. For some, the unstated implication is that the Voice is just another example of that mistake.

There is another more sinister way in which events in Alice Springs feed into the debate on the Voice.

While it is rarely said explicitly, the scenes reinforce false racist stereotypes that Indigenous people are irresponsible and dangerous and need to be told what to do.

These complicated sentiments are just a foretaste of currents deep within our national psyche that the referendum will likely stir up.

The agrees that the Northern Territory government has made mistakes in its response to the expiry of federal anti-alcohol laws. It should have taken the measures, such as state restrictions on alcohol sales and spending on youth workers, that it belatedly announced on Tuesday.

Albanese has made the right call in showing his concern. Yet the events in Alice Springs only strengthen the case for a Voice.

As Indigenous Affairs Minister Linda Burney said this week, had a Voice existed, it could have raised the issue of the expiry of anti-alcohol laws much sooner at a national level.

The Voice could also have played a vital role in advising on the details of any federal or state response.

Dutton has played a positive role by highlighting the problems in Alice Springs, but it is unfortunate he has called on the federal government to deploy Australian Federal Police or even the army and reimpose alcohol bans by force.

This is just a repetition of the failed paternalism that has been tried for decades, foisting on Indigenous people solutions cooked up in Canberra.

The alcohol bans that Dutton advocates are short-term fixes that ignore underlying problems. Federal troops on the streets are just as likely to terrorise communities as strengthen them.

A Voice is far from a panacea. The problems to be solved are huge and complex.

But whatever strategies are crafted to deal with future crises, they are likely to be much more effective if they are developed in co-operation with a Voice, the legitimate representative of the people they affect.