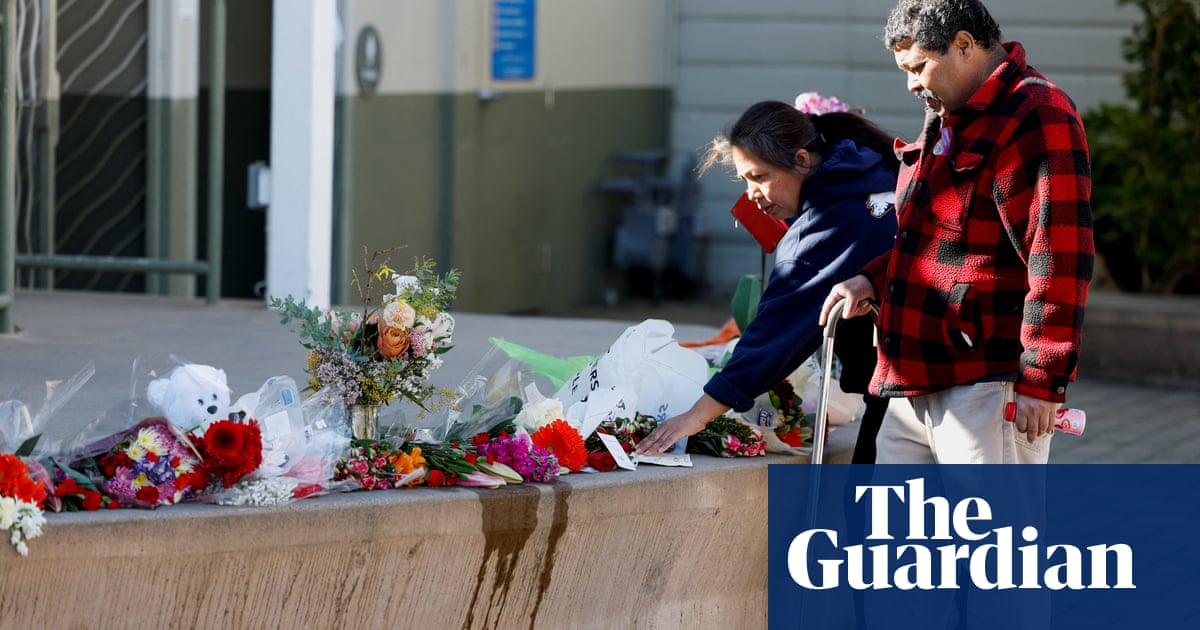 Authorities in California have identified six of the seven victims killed in a “workplace violence” incident in the coastal town of Half Moon Bay on Monday, the second deadly mass shooting in the state in less than 48 hours.

Chunli Zhao, 66, the lone suspect in Monday’s massacre of agricultural workers at two mushroom farms in the seaside town, was charged on Wednesday with seven counts of murder and one count of attempted murder.

The violence is the latest in a string of deadly shootings in the state – on Saturday a 72-year-old killed 11 people at a dance hall in southern California’s Monterey Park. One person was killed and seven wounded in a shooting at an Oakland gas station. Last week, six people were shot and killed, including a teenage mother and her 10-month-old baby, in a “horrific massacre” in the small central valley town of Goshen.

The gun rampages sent shockwaves through California, which has some of the nation’s strictest gun laws.

“What the hell is going on?” California’s governor, Gavin Newsom, said in Half Moon Bay on Tuesday. “It’s said all the time ‘only in America’… It doesn’t have to be this way; wasn’t always this way. We’ve allowed this to happen.”

Kamala Harris, a California native, planned to travel to Monterey Park on Wednesday to meet with some families of the 11 people who were fatally shot on Saturday night by a gunman who later took his own life.

Police in Half Moon Bay took the suspected shooter into custody on Monday evening outside a sheriff’s station, where officials said he had driven shortly after the attack on farm workers. Zhao was booked on suspicion of premeditated murder, attempted murder and firearms offenses, according to county jail records.

Authorities have not yet determined a motive for the shooting, but have said “all of the evidence we have points to this being the instance of workplace violence”. Zhao had been employed by Mountain Mushroom Farm, and had resided at the property along with some other employees, according to a spokesperson for the farm’s owner, California Terra Gardens.

Located 30 miles from San Francisco, Half Moon Bay is a community of about 12,000 residents that is home to both a luxury resort and a low-income farming community and known for producing pumpkins and flowers. The region was hit hard by a series of deadly “atmospheric river” storms after Christmas this year that killed at least one person in the county and caused major flooding.

The shooting, coming on the heels of the storms, cast a renewed spotlight on hardships faced by the area’s farm workers, many of them immigrants from Latin America and Asia who often live in squalid labor encampments and toil long hours under poor conditions for extremely low pay. The governor said some farm workers in the area were making $9 an hour, far below the state’s minimum wage, and living in shipping containers.

Some of the people killed were migrant workers, officials have said.

“Many of these workers came to this country to work and provide for their families. Instead many of them yesterday lost family members,” said Christina Corpus, San Mateo’s first Latina sheriff.

The coroner has not yet released the name of one victim. Family members told Reuters that two of them – Jose and Pedro Romero – were brothers who immigrated from Mexico and worked at Mountain Mushroom Farm. Jose died and Pedro was hospitalized, a cousin said.

Servando Martinez Jimenez told the Associated Press that his brother Marciano Martinez Jimenez, one of the victims, worked as a delivery person and manager at one of the farms. He had lived in the United States for 28 years after immigrating from the Mexican state of Oaxaca.

“He was a good person. He was polite and friendly with everyone. He never had any problems with anyone. I don’t understand why all this happened,” Martinez Jimenez said in Spanish.

The Half Moon Bay killings unfolded two days after another gunman 380 miles (610km) to the south opened fire at the Star Ballroom dance studio, a club frequented mostly by older patrons of Asian descent in Monterey Park.

Eleven people died and nine were injured in Saturday night’s gunfire, which some survivors and bystanders said they initially mistook for fireworks as the predominantly Asian-American community was observing the start of the Lunar New Year.

Afterward the assailant, Huu Can Tran, 72, drove a to a second dance hall in the neighboring town of Alhambra, but was disarmed without firing a shot in a struggle with that club’s operator, officials said.

The next morning, Tran shot himself to death behind the wheel of his vehicle as police closed in on him south of Los Angeles, leaving investigators with few clues as to what precipitated the dance hall carnage.