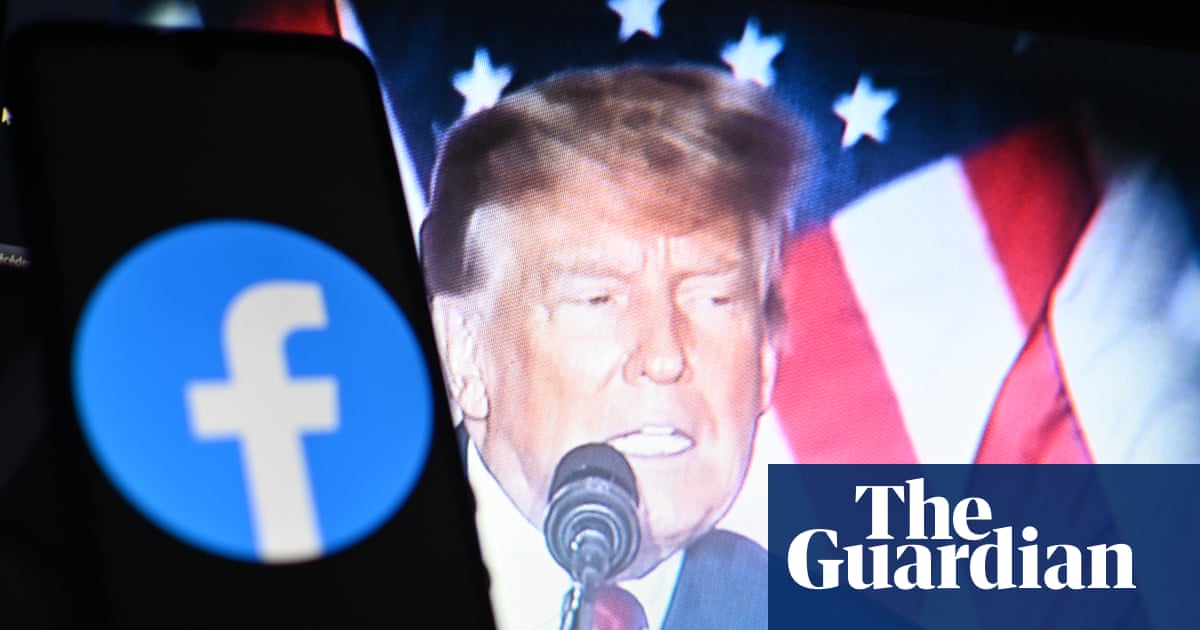 The news that Meta will allow Donald Trump back on Facebook and Instagram following a two-year ban has been met with fury and indignation among civil rights and online safety advocates.

The former US president will be allowed to return to the platforms “in coming weeks” but “with new guardrails in place to deter repeat offences”, Meta’s president of global affairs, Nick Clegg, wrote in a blogpost explaining the decision on Wednesday.

The Anti-Defamation League, the NAACP, Free Press, Media Matters and other groups expressed concern about Facebook’s ability to prevent any future attacks on the democratic process or quell misinformation.

“Make no mistake – by allowing Donald Trump back on its platforms, Meta is refuelling Trump’s misinformation and extremism engine,” said Angelo Carusone, president and CEO of media watchdog Media Matters for America.

“When Trump is given a platform, it ratchets up the temperature on a landscape that is already simmering – one that will put us on a path to increased violence.”

Trump was removed from Meta platforms after the Capitol riots on 6 January 2021, during which he posted unsubstantiated claims that the election had been stolen, praised increasingly violent protesters and condemned former vice-president Mike Pence even as the mob threatened his life.

Democratic congresswoman Jan Schakowsky said reinstating Trump’s accounts “will only fan the flames of hatred and division that led to an insurrection”.

“The Capitol community is still picking up the pieces from the January 6th insurrection that Trump ignited, and now he is returning to the virtual scene of the crime,” she tweeted.