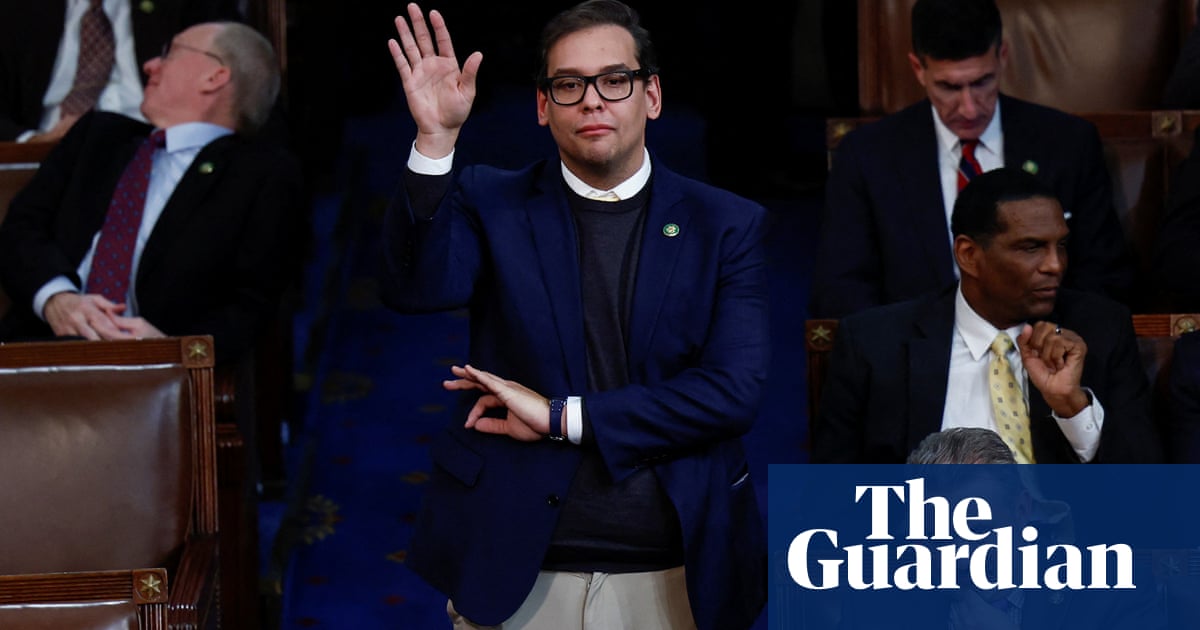 Two House Democrats have written to Republican speaker Kevin McCarthy demanding he deny New York congressman George Santos any opportunity to access classified information because he might be a “significant risk” to US national security.

“We urge you to act swiftly to prevent George Santos from abusing his position and endangering our nation,” the two New York congressmen said.

Joe Morelle and Gregory Meeks, published their letter to McCarthy on Wednesday.

They wrote: “It is clear that Congressman George Santos has violated the public’s trust on various occasions and his unfettered access to our nation’s secrets presents a significant risk to the national security of this country.”

Morelle and Meeks said “numerous concerning allegations” about Santos’s “behaviour over decades put his character into question and suggest he cannot be trusted with confidential and classified information that could threaten the United States’ national security”.

McCarthy, they said, should therefore “limit to the greatest degree possible Congressman George Santos’s ability to access classified materials, including preventing him from attending any confidential or classified briefings for the foreseeable future”.

McCarthy, however, said he would not take immediate action against Santos.

The speaker has already named Santos to two committees, small business and science, space and technology. They are not prestigious panels but access to classified information is a hot topic in Washington, amid revelations that records were improperly retained by Donald Trump, Mike Pence and Joe Biden.

Santos, 34, won election in Queens and Long Island in November but has come under enormous scrutiny over his largely made-up résumé, bizarre past conduct and suspect campaign finance filings.

Amid a stream of reports and revelations, Santos has been revealed to be under investigation at local, state and federal levels and even in Brazil – where is alleged to have competed as a drag queen – over the use of a stolen chequebook.

The scandal has grown so bizarre and labyrinthine that when asked to discuss precedents, the Princeton historian Sean Wilentz told Vox it would be better to look to literature, whether The Confidence-Man by Herman Melville or to the “kind of nothing man that drips all through the novels” of John Le Carré.

On Wednesday a former roommate, Yasser Rabello, told Curbed about his experiences living in a small apartment with Santos, his mother, his sister, his boyfriend and a friend in 2013 and 2014. Santos was then known as Anthony Devolder, an identity now the subject of extensive reporting.

Rabello said Santos/Devolder “said he was a reporter at Globo in Brazil” but “was home all day on his computer, just browsing the web, probably chatting with people”.

He also said Santos claimed to be a model who “worked at New York Fashion Week and that he met all the Victoria’s Secret models and would be in Vogue magazine”.

Amid ceaseless reporting and delighted mockery on national late-night TV, Republicans in Santos’s district and from other New York seats have joined Democrats in calling for Santos to resign.

But though he has admitted “embellishing” his résumé, the congressman has denied wrongdoing and said he will not quit.

Republican leaders continue to stand by their man.

Santos backed McCarthy through 15 votes for speaker, a role McCarthy must now perform with a slim majority and under constant threat from rightwing rebels.

On Wednesday, McCarthy said that was not why he had refused to tell Santos to go.

“No,” he told reporters at the Capitol. “You know why I’m standing by him? Because his constituents voted for him. I do not have the power simply because if I disagree with somebody or what they have said that I remove them from elected office.”

McCarthy and other House Republican leaders have repeatedly said allegations against Santos are a matter for the House ethics committee, even as they continue to attempt to gut the ethics process.

McCarthy said on Wednesday: “If for some way when we go through ethics [it is found] that he has broken the law, then we will remove him, but it’s not my role. I believe in the rule of law. A person’s innocent until proven guilty.”

Daniel Goldman and Ritchie Torres, two New York Democrats, have led calls for an investigation of Santos’s campaign finance filings, calls echoed by outside watchdog groups amid questions over the sources of Santos’s wealth and reports of links to a Russian oligarch and a company found to be a Ponzi scheme.