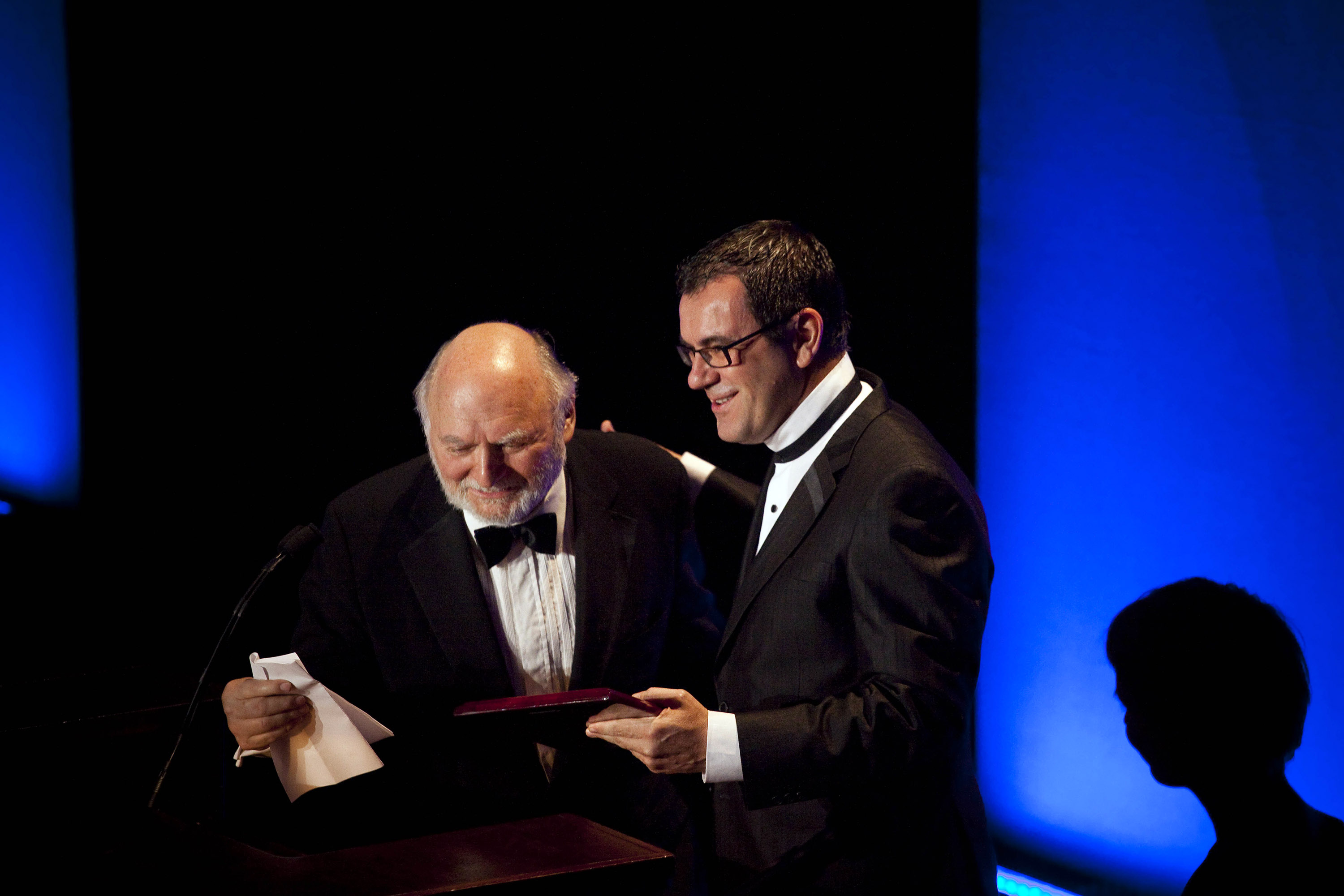 NEW YORK — Victor Navasky, an award-winning author and journalist who for years presided over the liberal weekly The Nation and wrote influential books on the anti-Communist blacklist and Robert F. Kennedy’s justice department, has died at age 90.

Navasky’s death was confirmed Tuesday by a spokesperson at The Nation, who did not immediately have additional details. The magazine’s publisher, Katrina vanden Heuvel, tweeted that Navasky had changed her life and thousands of others’. Those he edited included such prominent liberals as David Corn, Eric Alterman and Katha Pollitt.

“Victor was a true believer in the power of independent media — quietly fierce in his convictions, kind and generous to so very many,” vanden Heuvel wrote.

A bearded man with a professorial presence and diplomatic manner, Navasky was long a familiar name and face in the literary and political scene — as an editor and publishing columnist for The New York Times, as founder of the satirical magazine Monocle and, from 1978 to 2005, as editor and then publisher of The Nation.

Navasky also was known for his books on political and cultural history. “Naming Names,” winner of a National Book Award in 1982, was a lengthy account of the Cold War and blacklisting of alleged Communists that was praised as thorough and fair-minded.

He called the book a “moral detective story” and drew upon interviews with actor Lee J. Cobb, screenwriter Budd Schulberg and others who informed on their peers, dramatizing not just the attacks from Sen. Joseph McCarthy and other Republicans, but the conflicts among liberals over how to respond.

A decade earlier, Navasky wrote “Kennedy Justice,” which offered some of the first sustained liberal analysis of Kennedy’s brief time as attorney general, his recruitment of such gifted underlings as future Supreme Court Justice Byron White and Nicholas Katzenbach and his tiring battle to control FBI director J. Edgar Hoover. Some scholars thought Navasky romanticized Kennedy, although the author did chastise Kennedy for his record of appointing segregationist judges to the federal courts.

“No aspect of Robert Kennedy’s Attorney Generalship is more vulnerable to criticism,” he wrote. “For it was a blatant contradiction for the Kennedys to forego civil rights legislation and executive action in favor of litigation and at the same time appoint as lifetime litigation-overseers men dedicated to frustrating that litigation.”

In recent years, Navasky was publisher emeritus of the Nation and an occasional contributor. He also taught journalism at Columbia University, chaired the Columbia Journalism Review and served on the board of numerous organizations, including the Authors Guild and the Committee to Protect Journalists. A book on political cartoons, “The Art of Controversy,” came out in 2013.

Navasky married Anne Strongin in 1966. They had three children.

“In fact the only thing I don’t like about Victor is the fact that everybody likes him. I think he should have made some more enemies by now.”

A native of New York, Navasky was liberal from the time he knew what the word meant. He went to grade school in Greenwich Village and would speak of classmates whose parents were unemployed because of their politics. For high school, he attended the Little Red School House, which was inspired in part by the progressive educational theories of John Dewey.

“We had one Marxist history teacher who taught a straight Marxist view of history,” Navasky told The Guardian in 2005. “I remember he once asked where diamonds got their value. Someone said, ‘because they’re beautiful.’ He said, ‘no, no.’ Someone else said, ‘supply and demand.’ He said, ‘no.’ Someone else said, ‘from the sweat of the workers in the mines!’ And he said ‘right!’”

He majored in political science at Swarthmore College, where he edited the student newspaper, and received a graduate degree from Yale Law School. At Yale, he helped start Monocle, which ran from 1959 to 1965 and was credited as a predecessor to the absurdist, topical humor of Jon Stewart and Stephen Colbert.

One Monocle contributor, Nora Ephron, would remember Navasky as a man “who knew important people, and he knew people he made you think were important simply because he knew them.”

Navasky wrote a monthly column on publishing for The New York Times and managed an unsuccessful Senate campaign by former U.S. Attorney General Ramsey Clark. In 1977, he was hired to edit The Nation, a century-old publication often cash poor, but rich in dissension.

Columnists such as Alexander Cockburn and Christopher Hitchens were as likely to attack each other as to take on conservatives. The genial Navasky himself was often criticized, whether for being too being cheap with his employees (“The wily and parsimonious Victor Navasky,” his friend and Nation contributor Calvin Trillin called him) or for being too nice.

But circulation more than tripled during his time and Navasky and The Nation did get some people good and angry in 1979 when the magazine obtained an early copy of former President Gerald Ford’s memoir and printed a long story that included excerpts. In a legal battle still influential in copyright cases, publisher Harper & Row sued for infringement and prevailed before the Supreme Court.

The case had a moment of deep irony: Before the Supreme Court decision, an appeals court in New York had sided with The Nation. The decision was written by Judge Irving Kaufman, who decades earlier had enraged Navasky and others on the left by imposing the death penalty on convicted spies Julius and Ethel Rosenberg.

In 2005, Navasky won the George K. Polk Book Award for “A Matter of Opinion,” a memoir and a passionate defense of free expression.

“I was, I guess, what would be called a left liberal, although I never thought of myself as all that left,” Navasky wrote in his memoir. “I believed in civil rights and civil liberties, I favored racial integration, I thought responsibility for the international tensions of the cold war was equally distributed between the United States and the U.S.S.R.”