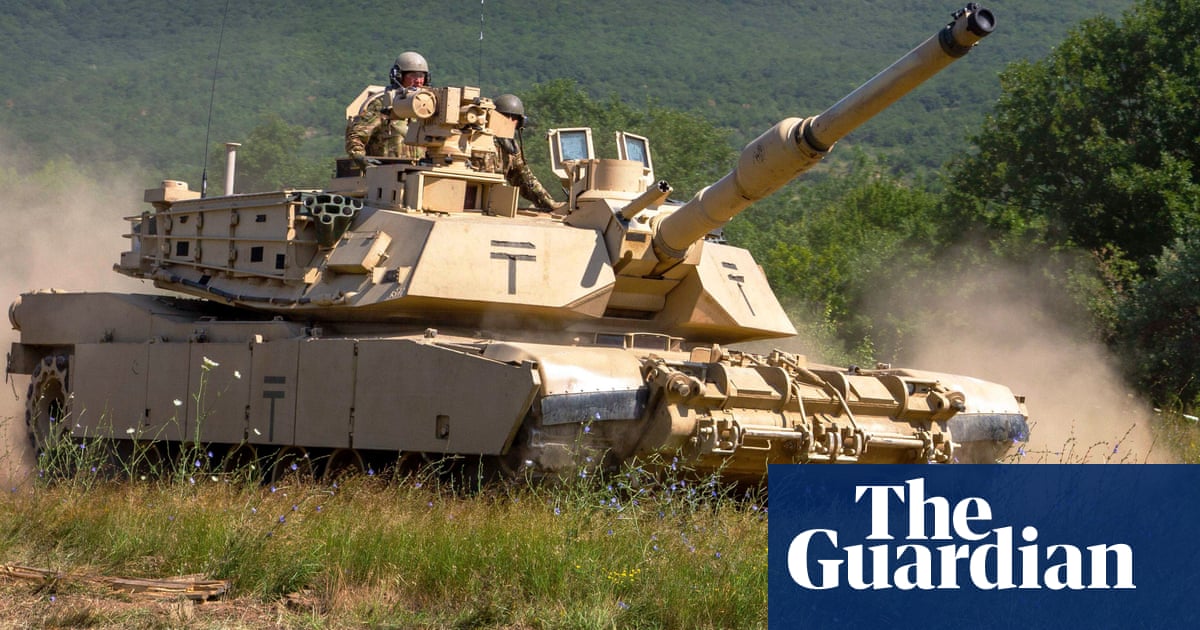 The Biden administration has approved sending 31 M1 Abrams tanks to Ukraine as international reluctance to send tanks to the battlefront against the Russians begins to erode.

The news came after Germany confirmed it will make 14 of its Leopard 2A6 tanks available for Ukraine’s war effort, and give partner countries its permission to re-export other battle tanks to aid Kyiv.

By agreeing to send the Abrams, the US is able to meet the demand of the German chancellor, Olaf Scholz, for an American commitment but without having to send the tanks immediately.

“Today’s announcement shows the United States and Europe continuing to work hand in hand to support Ukraine, united in our common values and our ongoing support to Ukraine, which the President and other leaders, including in the G7 format, have reiterated will continue for as long as it takes,” a senior administration official said.

Much of the US aid sent so far in the 11-month-old war has been through a separate program drawing on Pentagon stocks to get weapons more quickly to Ukraine. But even under that program, it would take months to get tanks to Ukraine and to get Ukrainian forces trained on them.

Ukraine says heavily armored Western battle tanks would give its troops more mobility and protection ahead of a new Russian offensive that Kyiv expects in the near future. They could also help Ukraine retake some of the territory that has fallen to Russia.

But until now, the US has resisted providing its own M1 Abrams tanks to Ukraine, citing extensive and complex maintenance and logistical challenges with the hi-tech vehicles.

US officials had said that the Abrams was tough to maintain, hard to train Ukrainians to operate, and ran on jet fuel – making it a poor choice for this phase of the war.

Washington had argued it would be more productive to send German Leopards since many allies already have them and Ukrainian troops would need less training than on the more difficult Abrams.