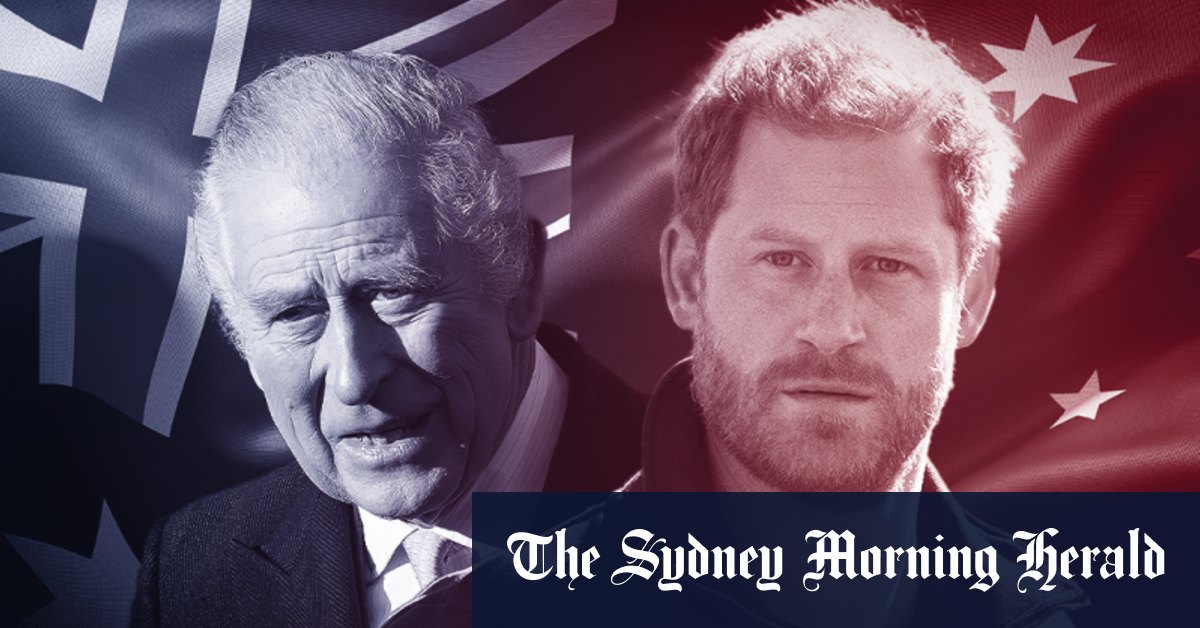 Australians have increased their support for a republic at a time of intense publicity over Prince Harry and his falling out with the royal family, with some voters saying his revelations have influenced their shift towards breaking ties with the monarchy.

Support for the republic increased from 36 to 39 per cent among eligible voters over the four months since the death of Queen Elizabeth, while the number of voters against the change fell from 37 to 31 per cent.

The exclusive findings in the Resolve Political Monitor, conducted for this masthead by Resolve Strategic, are a boost for the republican cause after support for the monarchy rose in the weeks after Queen Elizabeth’s death in September, but 30 per cent of voters remain undecided on the issue.

Asked about Prince Harry’s disclosures about the royal family in recent weeks, 21 per cent of respondents said the stories had an impact on their view, but they were divided on whether it increased or decreased their support for the republic.

The disclosures included Harry’s claim that his brother, Prince William, “knocked me to the floor” in an altercation in 2019 and “lunged” at him in a second argument in 2021 about whether the royal family was bullying Prince Harry’s wife, Meghan, the Duchess of Sussex.

The new survey finds that 93 per cent of voters are aware of the stories – detailed in television interviews, a Netflix series and Prince Harry’s new autobiography, – while another 7 per cent said they were “completely unaware” of the royal revelations.

The Resolve Political Monitor surveyed 1606 eligible voters from Tuesday to Sunday, a period when media coverage included further stories about the royal family, the debate over the Indigenous Voice, and whether Australia Day should be a public holiday and should be held on January 26. The results have a margin of error of 2.6 percentage points.

Prime Minister Anthony Albanese has put a priority on a referendum on the Indigenous Voice to parliament later this year and made no commitment about a referendum on the republic, but the Australian Monarchist League has criticised him for appointing an Assistant Minister for the Republic, Matt Thistlethwaite.

The Resolve Political Monitor found a national majority in favour of a republic in a survey one year ago, when it asked a question akin to a referendum in which respondents could only say “yes” or “no” to a republic. In that survey, 54 per cent said yes. In a similar question after the death of the Queen, however, this fell to 46 per cent nationwide.

The latest survey included the “undecided” option for voters, but showed an increase in core support for the republic compared with both the January and September surveys.

The Australian Republic Movement, which elected former Socceroo Craig Foster as chairman in November, avoided any campaigning after the death of the Queen but said this week it had always expected support for its cause to rebound.

“The polls last year didn’t concern us in the slightest. We knew that once the reality of having King Charles set in, support would swing back towards a republic with a vengeance,” ARM national director Sandy Biar said.

“The royals are too busy fighting among themselves to represent Australia or stand up for our interests.”

Amid a wider debate over national identity on Australia Day, the latest survey found 75 per cent of voters backed the argument for a national day but were flexible about whether it had to be a public holiday or the mandatory day for citizenship ceremonies.

The survey asked Australians to put aside any feelings they might have about January 26 and consider the broader issue of whether Australia should have a national day, leading 75 per cent to agree with the idea.

Only 7 per cent disagreed with the idea of Australia Day, while another 18 per cent were undecided.

Support for Australia Day was stronger among men, with 79 per cent of male voters supporting the idea compared with 72 per cent of female voters.

Older voters also displayed greater support for the national day, with 78 per cent in favour among voters aged 55 and over, compared with 74 per cent support among voters aged 35 to 54 and the same result among those aged 18 to 34.

The question was: “Putting aside any feelings you might have about Australia Day or the 26th of January for a moment, do you agree or disagree with the idea of Australia having a national day like this?”

With debate growing about whether Australians should work or not on the national day, the Resolve Political Monitor found that 87 per cent of respondents said they did not plan to work on Australia Day.

Only 13 per cent said they expected to be working and about half of these were not doing so by choice.