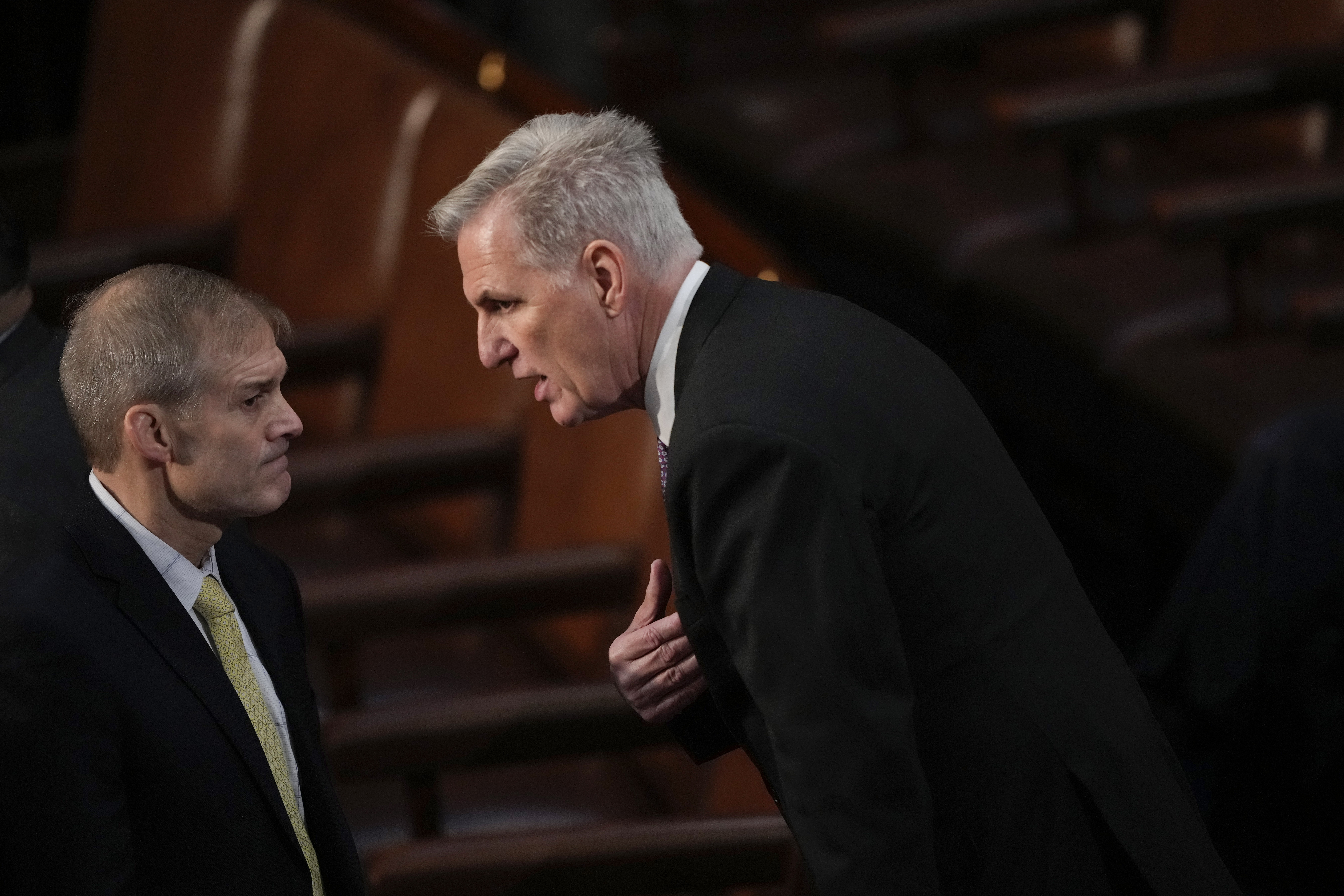 Speaker Kevin McCarthy has named a mixed bag of members to Republicans’ sprawling investigative panel, including conservative hardliners, leadership allies and Rep. Jim Jordan — who represents a combination of both — to lead it.

The California Republican, on Tuesday evening, appointed a dozen GOP lawmakers, including Jordan, to a select subcommittee on the “weaponization” of the federal government. Republicans are expected to use it to probe, among other targets, the FBI, Justice Department and the intelligence community — agencies at the center of some of their biggest recent gripes.

The panel is the product of the weeks-long negotiations between McCarthy and his right flank as he locked down the votes to ultimately win a historic, 15-ballot fight for the speaker’s gavel. Conservatives had initially pushed for a select committee, but GOP leadership instead offered a subcommittee housed under the House Judiciary Committee that Jordan also leads.

As part of the inner-conference haggling, conference heads also added language that gives the panel authority to get access to information shared with the Intelligence Committee and review “ongoing criminal investigations,” a prospect that’s likely to spark push back from the Justice Department.

“As long as we keep it tight and know what we’re doing before we go in, which is where Jim Jordan comes into play — nobody’s better at this — we’ll be okay,” Rep. Kelly Armstrong (R-N.D.), one of the newly named members of the panel, told POLITICO on Tuesday.

The panel’s newly named members represent the at times at-odds groups McCarthy has to balance within his conference. While putting Jordan in the driver’s seat and naming other allies to the panel could help McCarthy try to keep it in check, he also has to keep detractors like Reps. Chip Roy (R-Texas) and Dan Bishop (R-N.C.) happy to quell any rebellion before it begins. The swath of members also reflect that suspicion of political motives within the Justice Department and the FBI is far from fringe within the House GOP.

It’s expected to be on the front lines of skirmishes with the Biden administration, particularly the Justice Department, as Republicans on the panel will be empowered to try to examine everything from Jan. 6-related investigations to the search last year of former President Donald Trump’s Mar-a-Lago residence. Republicans have signaled they could expand their investigative scope to include agencies and issues like the Department of Education and big tech.

Some of McCarthy’s close allies snagged spots on the panel. Jordan was long expected to lead the group, and Reps. Elise Stefanik (R-N.Y.) and Mike Johnson (R-La.), two members of the GOP leadership team, are also getting seats on the subcommittee, as well as Armstrong, a McCarthy backer who helped nominate him for speaker during a closed-door meeting last year. Stefanik and Rep. Chris Stewart (R-Utah) are also both members of the Intelligence Committee.

Only two of McCarthy’s defectors-turned-supporters are getting a seat: Roy and Bishop. Bishop was an early advocate within the conference for a select committee, while Roy helped negotiate the deal that helped secure McCarthy the speaker’s gavel.

Democrats still need to recommend their own members to the panel. As part of the resolution that greenlit it, Rep. Jerry Nadler (D-N.Y.) automatically gets a seat, due to his perch as top Democrat on the Judiciary Committee.

Additionally, the resolution laid out that McCarthy would name 13 members beyond Jordan and Nadler, including no more than five in consultation with House Minority Leader Hakeem Jeffries.

Beyond Jordan, McCarthy’s list Tuesday night included 11 GOP members, filling most of the panel’s 13 available slots amid intense interest within his conference. But two aides familiar with the plan said McCarthy intends to pass a second resolution expanding the size of the panel, to account for the greater number of Republicans appointees. Democrats would get a proportional increase as well, the aides said, speaking on condition of anonymity.

The panel, which the House approved earlier this month along a party-line vote, is already a lightning rod for Democratic criticism, the Biden administration and their allies, who view it as a vehicle for Republicans to use their new majority to enact political revenge.

“Jim Jordan and Kevin McCarthy claim to be investigating the weaponization of the federal government when, in fact, this new select subcommittee is the weapon itself. It is specifically designed to inject extremist politics into our justice system and shield the MAGA movement from the legal consequences of their actions,” Nadler said in a recent statement about the panel.

Biden world giddy at MTG, Gosar, and Boebert being placed on Oversight

But Republicans have defended the decision to set up the panel as necessary to conduct oversight over the FBI and the Justice Department, two of the party’s biggest targets in recent years. They’ve also pointed to an inspector general’s report that found the FBI misused its surveillance powers to spy on a former Trump campaign adviser.

McCarthy argued that Democrats used their past two years of unified control of Washington to “target political opponents.”

“The government has a responsibility to serve the American people, not go after them,” he added.

Olivia Beavers and Kyle Cheney contributed to this report.