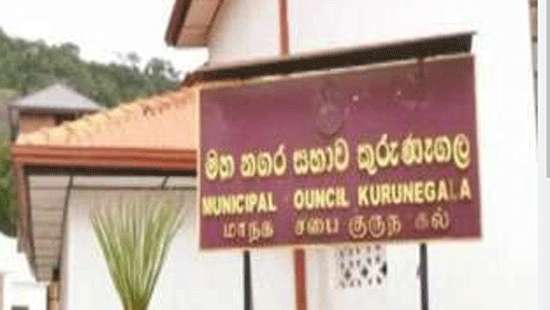 The Kurunegala Municipal Council has spent a colossal amount of Rs. 60 million to remove a stone at a construction site where a building was being constructed for a Maternity and Child Clinic whereas the approved cost was Rs. 9.3 million, an audit report has revealed.

According to the report the total estimated cost of the project is Rs. 230 million.

As per the project, Rs. 9.3 million had been estimated as the approved cost to remove the stone. However, after producing a fraudulent price analysis, the Kurunegala Municipal Council had planned to remove the stone at a cost of Rs. 500 million but it is reported that Rs. 50.9 million had been paid with the approval of the Technical Officer (TO), Assistant Quantity Surveyor and Municipal Commissioner and the engineer.(Muditha Dayananda)