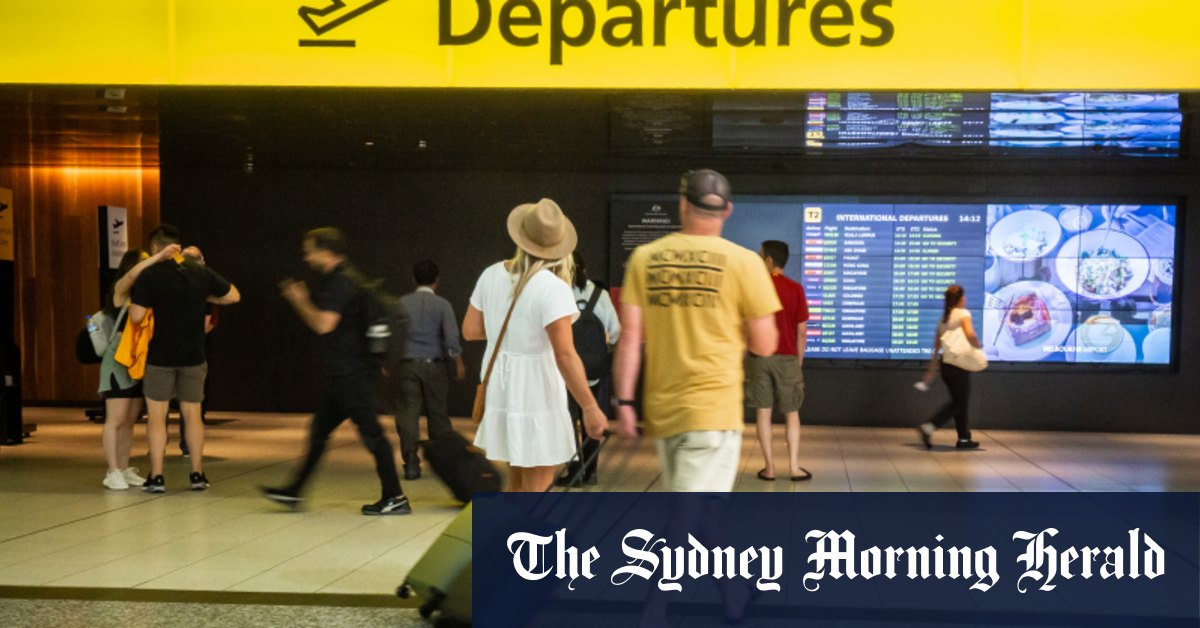 Inflation rose 7.8 per cent over the last year, the highest peak since 1990, driven by pricier domestic holidays, international travel and higher electricity prices.

Inflation in the December quarter rose by 1.9 per cent taking annual growth to 7.8 per cent according to the Australian Bureau of Statistics.

The annual change is higher than the government expected, but lower than the Reserve Bank’s upper forecast of 8 per cent. The Treasury forecast in the October budget predicted inflation would rise to a peak of about 7.75 per cent for the December quarter.

The Treasury and top economists expect this to be the peak of the current inflation surge.

There are signs that rising inflation is prompting people to pull back on spending. Household spending has started to ease, according to transaction data from NAB. Consumer spending in December fell 0.3 per cent, and retail spending fell 0.9 per cent.

ABS head of price statistics Michelle Marquardt said the quarterly growth was slightly higher than the movements in the September and June quarters last year.

The cost of domestic holiday travel and accommodation rose 13.3 per cent over the December quarter while international travel increased by 7.6 per cent. Electricity prices increased by 8.6 per cent.

Marquardt said the increase in electricity costs was influenced by the winding back of the $400 electricity credit Western Australia offered to all households but was partly offset by ongoing rebates in Queensland and Tasmania.

In December, the Reserve Bank lifted the official cash rate to a 10-year high of 3.1 per cent in its bid to dampen household spending and get inflation under control.

Higher interest rates have ratcheted up mortgage repayments for many Australians – for those with a $750,00 loan, by more than $1400 a month since the cash rate first started rising last April.

These higher rates have taken some of the heat out of the property market. A Domain House Price Report published on Wednesday shows Sydney house prices fell 10.9 per cent last year, the steepest fall on record, but remain nearly 25 per cent above the 2020 trough.

The cost of building new homes rose by 1.7 per cent in the December quarter, slower than previous quarters but still stronger than historic norms, Marquardt said. Annual inflation for new dwellings was 17.8 per cent.

“Labour and material costs are driving price growth in this area, with signs of material cost pressures easing,” she said.

“The fall-off in retail may reflect changes in seasonal spending patterns, with Black Friday and early Christmas shopping potentially bringing spending forward from December,” he said.

“While total spending was up 1.6 per cent in the December quarter, this is the slowest quarterly growth rate this year, and growth in volumes is likely to be lower given still high inflation.”