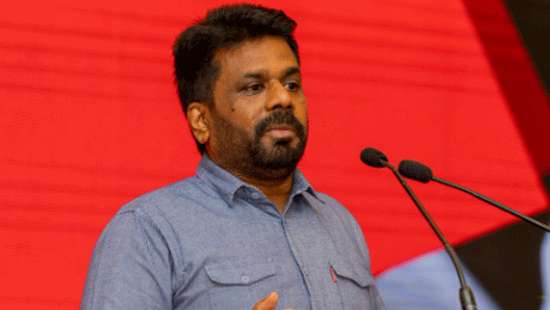 Speaking at the National Economic Forum organised by the National People's Power's Economic Council at the Galadari Hotel, he said no one could expect any government of the world which was instrumental in an economic crisis to take the economy out of that crisis.

He told the packed audience that Sri Lanka could get out of the present economic crisis only through a new government with a mandate to restore the bankrupt economy.

Dissanayake came out with several moves to restore the economy, explaining that as the very first strategy, steps should be taken to seek a moratorium for the existing loans and obtain a new loan through a third party.

He said as the second step, action should be taken to boost the tourism sector which was instrumental in gaining foreign currencies and encourage foreign remittances as another important source to boost up the foreign reserves.

He said people would have to change their lifestyle for a short period of time until the economy comes to normalcy.

Dissanayake said all these measures were possible under a reliable government that all the people could trust.(Ajith Siriwardana)