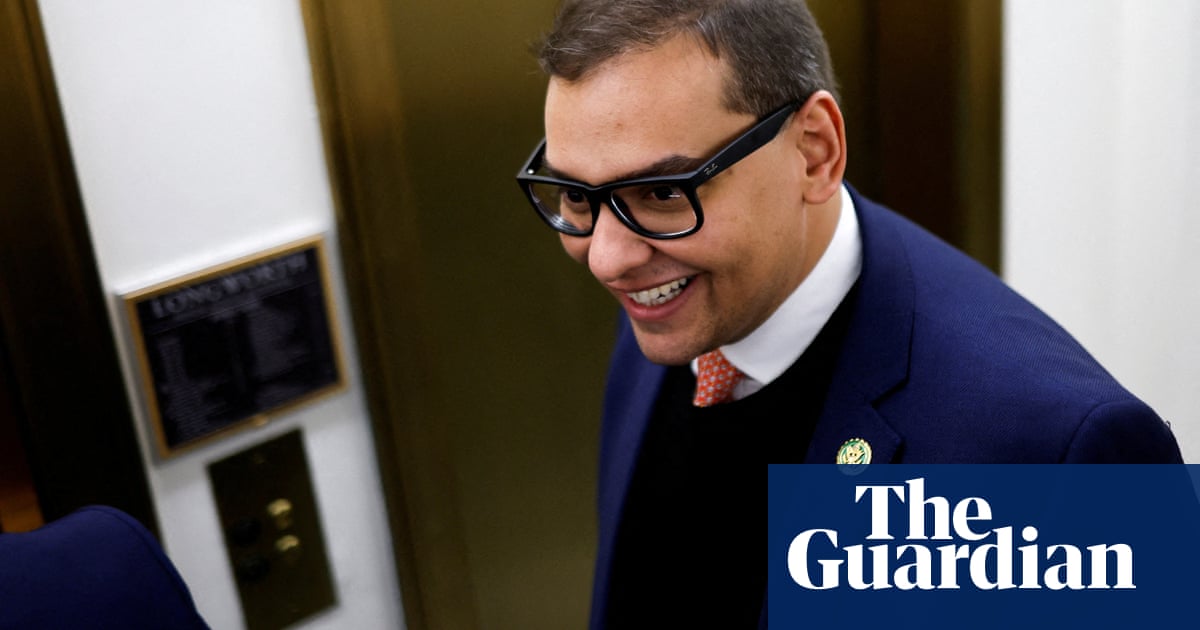 In a new twist to one of the most bizarre American political scandals in decades, the New York Republican congressman George Santos appeared to admit on Tuesday that more than $600,000 in loans to his campaign did not come from personal funds, as was originally claimed.

But new campaign finance filings first reported by the Daily Beast did not shed light on where the funds actually came from.

One expert said he had “never been this confused” by a campaign finance form.

But he swiftly came under pressure over a résumé which has been shown to be largely made-up; local, state, federal and international investigations; and increasingly picaresque allegations and revelations including an alleged past as a drag queen in Brazil.

Republican House leaders have stood by him, however, not least because he supported Kevin McCarthy through 15 rounds of voting for speaker earlier this month, a process which installed the Californian atop a slim GOP majority prey to hard-right rebels. Last week, Santos was installed on two House committees.

As well as joining New York Republicans in calling for Santos to quit, Democrats have demanded investigation of Santos’s campaign finance filings.

This week, the saga continued at a familiar pitch as Santos complained about impersonations on late-night TV – a sure sign of fame, or infamy, in the American public square.

“I have now been enshrined in late-night TV history with all these impersonations,” the congressman tweeted on Monday, “but they are all TERRIBLE so far.

“Jon Lovitz is supposed to be one of the greatest comedians of all time and that was embarrassing – for him not me! These comedians need to step their game up.”

Lovitz, who impersonated Santos on NBC’s The Tonight Show with Jimmy Fallon, responded: “Thanks the review and advice! You’re right! I do need to step my game up! My pathological liar character can’t hold a candle to you!”

It was also reported on Monday that Santos once claimed to be the target of an assassination attempt, and that in a 2020 interview he claimed to have met Jeffrey Epstein, while suggesting the financier and sex offender did not kill himself in jail but was murdered or even alive.

On Tuesday morning, Santos promised a surprise to reporters staking out his office in Congress – then served them coffee and donuts.

Later, the Beast reported on weightier matters, spotting that on new campaign finance filings, a $500,000 loan was no longer listed as “personal funds of the candidate”, as was another for $125,000.

The Beast said no indication was given as to where the loans actually came from.

Amid questions about his apparent wealth, Santos has been linked to a Russian oligarch. It has also been reported that he was once hired by a Florida-based investment firm that was accused by the Securities and Exchange Commission of being a multimillion-dollar Ponzi scheme.

Santos previously told a New York radio host the loans were “the money I paid myself” through his company, the Devolder Organization.

Santos’s activities under the name Anthony Devolder are also the subject of intense scrutiny.

He has admitted “embellishing” his résumé but denied wrongdoing. He has said he will not resign.

Speaking to the New York Times, a lawyer for Santos, Joe Murray, said it “would be inappropriate” to comment on the new filings, because of pending investigations.

Jordan Libowitz, a spokesman for Citizens for Responsibility and Ethics in Washington or Crew, a watchdog group, told the Times: “I have never been this confused looking at an [Federal Election Commission] filing.”

Brendan Fischer, deputy executive director of Documented, another watchdog, told the Beast: “I don’t know what they think they are doing.

“Santos’ campaign might have unchecked the ‘personal funds of candidate’ box, but it is still reporting that the $500,000 came from Santos himself.

“If the ‘loan from candidate’ didn’t actually come from the candidate, then Santos should come clean and disclose where the money really came from. Santos can’t uncheck a box and make his legal problems go away.”