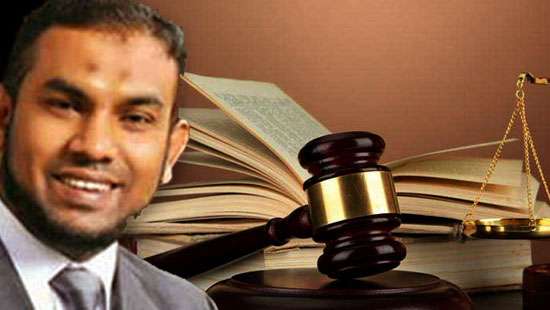 The Fundamental Rights petition filed by Dr. Shafi Shihabdeen, who was at the centre of the controversy surrounding the alleged sterilisation of female patients was today fixed for support by Supreme Court.

The Supreme Court three-judge-bench comprising Justices Priyantha Jayawardena, S. Thurairaja and Kumuduni Wickremasinghe fixed the petition for support on May 16.

The Petitioner is challenging the arrest and detention  of Dr. Shafi Shihabdeen under the Prevention of Terrorism (Temporary Provisions) Act No: 48 of 1979.

The Petitioner further further sought an order declaring that Dr. Shihabdeen’s Fundamental Rights guaranteed under Article 12(1), 12(2), 13(1), 13 (2) and 14(1)(g) have been violated by the illegal arrest and illegal detention purportedly under a detention order as stated in the report filed in the Kurunegela Magistrate’s Court.