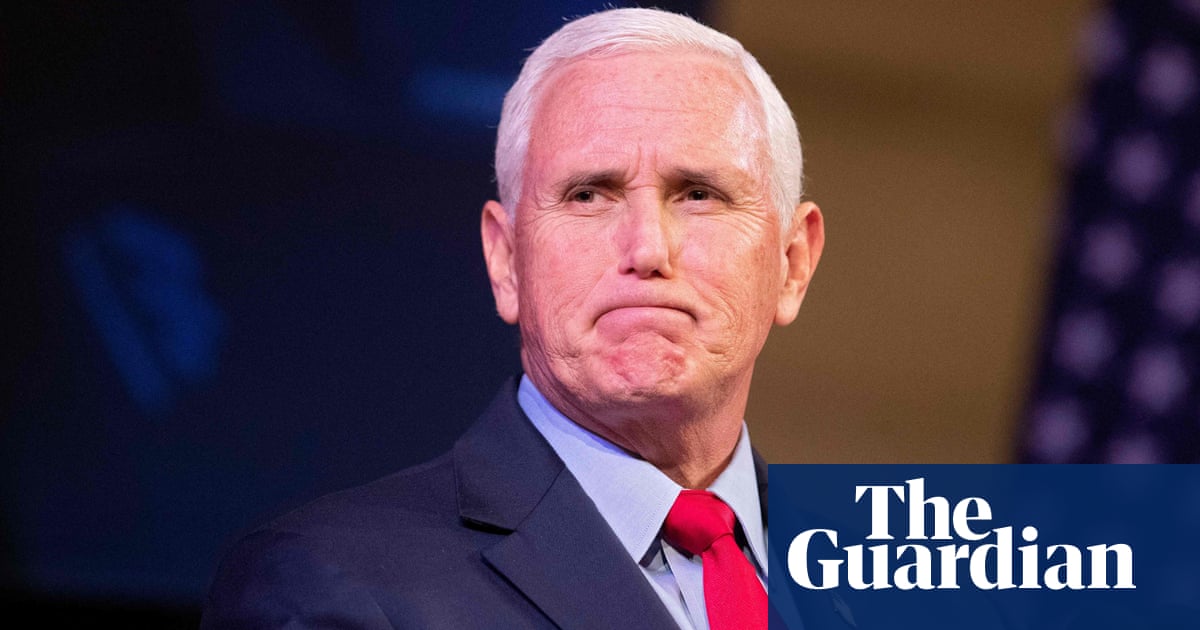 The discovery of classified documents at the home of former US vice-president Mike Pence, following similar incidents involving Joe Biden and Donald Trump, is bringing new scrutiny to government procedures for handling and securing its most delicate secrets.

The justice department and FBI are looking into how about a dozen classified-marked papers came to be found last week in an unsecure location at Pence’s Indiana residence, two years after he and Trump left office.

The attorney general, Merrick Garland, has meanwhile appointed independent special counsels to investigate what is thought to be around a dozen documents found at Biden’s Delaware home and Pennsylvania office, and many thousands of papers seized by the FBI at Trump’s Mar-a-Lago resort in Florida last year.

The latest revelations have led to calls from politicians and analysts for a tightening of how classified documents are handled at the conclusion of a presidency, and a demand for more oversight of the federal agency responsible for securing and transporting them during the handover.

There are also questions whether the US has a problem with over-classification of materials given the number of documents so far uncovered in the possession of senior current and former elected officials.

“We’ve got to take a hard look at GSA (General Services Administration) and how they and the intelligence community pack these documents [and] get them to wherever the president or vice-president is going.”

Republicans seeking to gain political capital from the discovery of papers at Democrat Biden’s home and office, from his two terms as Obama’s vice-president, were quelled by the revelation that Pence, their own party’s most recent vice-president, also apparently took sensitive papers with him.

In both cases, the politicians insisted they were unaware of the existence of the documents and, immediately upon their discovery, their lawyers contacted the National Archives, which in turn alerted the justice department.

That contrasts sharply with Trump’s handling of more than 11,000 papers, including hundreds of classified and top secret documents, which he took from the White House in January 2021 and stored in boxes at his Mar-a-Lago resort in Florida.

The former president resisted requests that he return the documents, which reportedly included a foreign power’s nuclear and military secrets, to the National Archives, prompting last summer’s FBI raid and, in November, the appointment by Garland of special prosecutor Jack Smith to look into the affair.

“Quantitatively and qualitatively there are big differences between Trump’s situation on the one hand, and Biden and Pence on the other,” said Carl Tobias, Williams professor of law at the University of Richmond.

“The FBI says Trump had 11,000 documents mostly at Mar-a-Lago, and several hundred classified documents. So far with Biden it’s a tiny number compared to that, maybe 25, and only some were classified, and it seems even smaller with Pence.

“Also the behaviour, if you look at Pence and Biden, it may be negligent, or just not careful. There isn’t any notion of intent to do something, which is apparently the case with Trump. Those differences are pretty important.”

The episode, nevertheless, is embarrassing for Pence, who insisted: “I did not” when asked by ABC News in November if he had taken classified material from the White House.

Political allies have rushed to defend him. New York congresswoman and Trump loyalist Elise Stefanik, the House Republican conference chair, told reporters Pence did nothing wrong, while claiming without evidence that a “weaponized” FBI was engaged in a cover-up to protect Biden.

Tobias said the episodes also suggested an issue with how the government decides what should be classified.

“Hundreds of thousands of classified documents are generated every year, it’s difficult to keep track of all that and we may have an over-classification problem. Maybe Congress would pass some legislation to try to address that,” he said.

“There’s just so many documents that you can’t expect all of them to be tracked. People should be more careful with the documents, but also not classify everything so much that you can’t handle it.”

Representatives of three living former presidents, Barack Obama, George W Bush and Bill Clinton, told CNN they handed over all classified documents to the National Archives before leaving the White House, as did the office of the late George HW Bush.

Legal analyst Chris Swecker, a former FBI assistant director, told Fox he was concerned that three current and recent occupants of the White House appeared not to have done so.

“These politicians need to understand where this information comes from. They can’t just take it home,” he said.