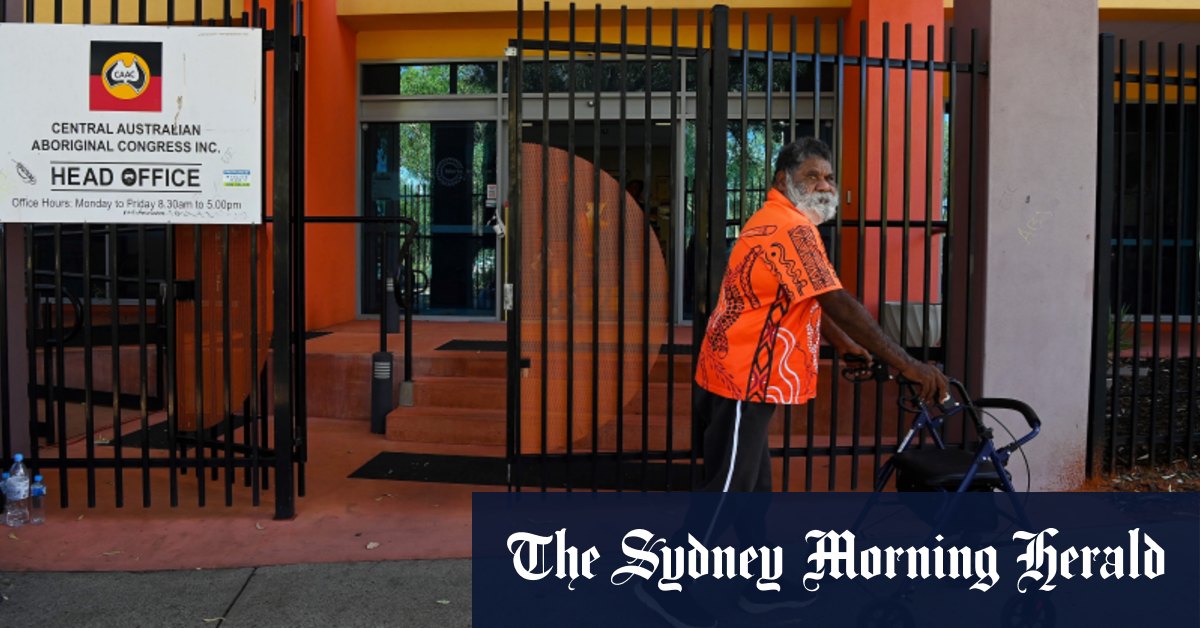 Blanket alcohol bans and tougher spending restrictions are on the cards for at-risk communities in the Northern Territory as the federal government fast forwards its response to soaring alcohol-fuelled crime linked to longstanding social problems in Alice Springs.

The day after Prime Minister Anthony Albanese made an emergency visit to crime-plagued Alice Springs, he and other political leaders descended into blame games over the decision to allow the lapse last July of laws that prevented alcohol sales.

Northern Territory Chief Minister Natasha Fyles, who pointed the finger at the Coalition over the expired laws, suggested an election be held on alcohol policies in the territory after she was persuaded to introduce a range of stop-gap restrictions on alcohol sales in Alice Springs.

The restrictions received a mixed reception, as the town’s mayor argued they didn’t go far enough, while shop owners and residents were concerned dry days could lead to more break-ins and fuel the black market.

A spokesperson for supermarket chain Coles said its bottle shops had gone one step further by banning litre bottles of spirits and restricting sales to two cartons of full-strength beer, one 750ml bottle of spirits and six bottles of wine.

Wyatt labelled the restrictions announced by the Northern Territory government on Tuesday a “Band-Aid” to broader social issues that required a decade-long approach focusing on children and teenagers.

“All of us need to take some proportion of blame, but equally we need to work together to find solutions to stop the blame game,” Wyatt told this masthead.

He also said the Howard government’s intervention in the Northern Territory in 2007 didn’t result in significant charges for child abuse, but also dismissed Dutton’s call for a royal commission into the scourge.

“Royal commissions help feather the nest of the legal profession and when the reports are handed down, they’re cherry-picked,” he said.

The Howard government introduced widespread alcohol bans as part of its Northern Territory intervention in 2007. These rules were replaced by Labor’s 2012 Stronger Futures laws, which maintained bans and increased penalties.

Northern Territory Police Commissioner Jamie Chalker linked increased crime rates to the expiration of the laws as property damage, domestic violence and assault skyrocketed over the past year.

Labor promised throughout last year’s election to abolish the cashless debit card, an income management tool that quarantines between 30 per cent and 80 per cent of welfare payments, and prevents it from being withdrawn as cash or used to pay for alcohol or gambling.

Plans to switch welfare recipients in the Northern Territory to a voluntary card that restricts spending have been ruled out for the rest of 2023. According to government sources with knowledge of the repeal of the cashless debit card in the territory, restrictions on spending will be increased when the new scheme begins in March.

After saying on Tuesday the government would also consider the reintroduction of alcohol bans in communities under an “opt-out situation” rather than the current rules, which allow communities to opt in to restrictions, Albanese said he was open to total alcohol bans for communities at risk.

“That’s an option that we completely have said is there on the table,” Albanese said. He blamed the previous Coalition government for allowing the laws governing the bans to lapse.

Fyles told Radio National Breakfast she wanted to hold a formal election on future alcohol bans in the territory, adding she wanted to make sure “we have all voices heard”. She also said alcohol management plans devised by the territory went ignored by the previous government, which Wyatt disputed, saying there was “nothing preventing them from developing their own legislation”.

After being warned by the Central Australian Aboriginal Congress about violence and alcohol on June 9, Minister for Indigenous Australians Linda Burney told ABC radio on Wednesday she’d been in talks with the Northern Territory government for months, at least as far back as the Garma Festival in July.

Asked whether she had told them they needed to be tougher on alcohol, Burney responded: “Yes, I have expressed that there needs to be some very real thought put into alcohol restrictions.

“I’m not going to get into whether they’ve taken too long or they haven’t, but clearly if you talk to people in Alice Springs, the answer might be ‘yes’.”