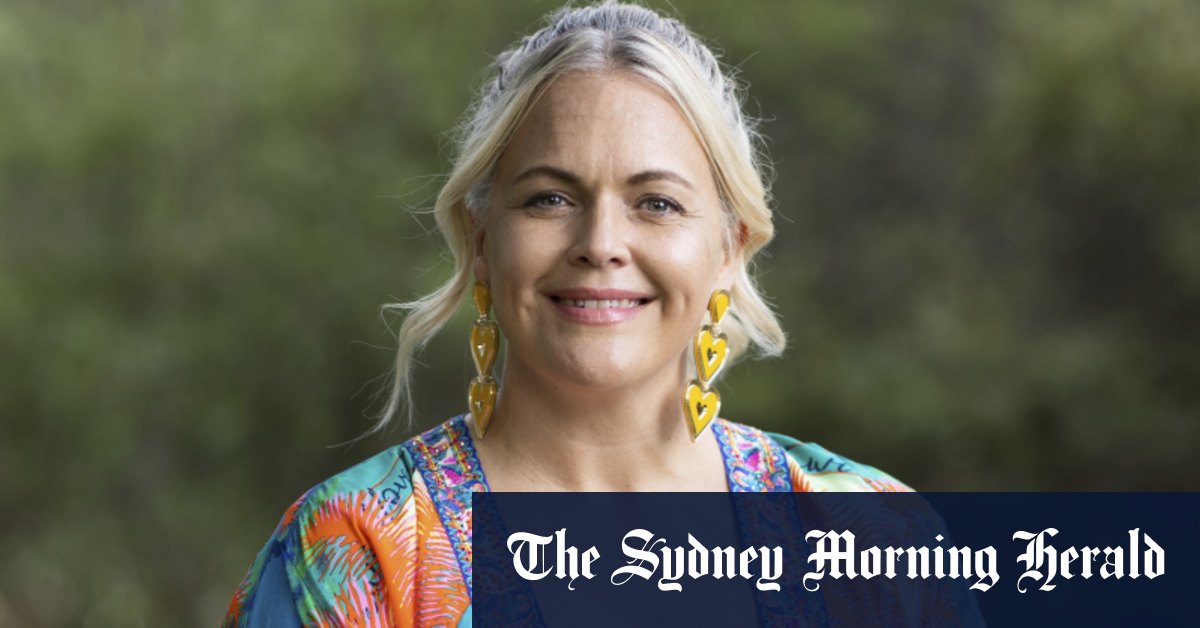 A South Australian influencer credited as an important force in a global cultural movement to embrace body positivity has been chosen as 2023’s Australian of the Year.

Taryn Brumfitt has gained international attention, written books and released documentaries over the past decade in her campaign to encourage people to feel comfortable about their bodies at a time when social media platforms are fostering unrealistic body image expectations.

The 45-year-old was recognised alongside: Senior Australian of the Year Tom Calma, an Indigenous academic and Voice to parliament proponent; Young Australian of the Year Awer Mabil, a Socceroos forward who fled war as a child and has founded a non-profit organisation to help refugees; and Amar Singh, awarded Australia’s Local Hero for his charity work.

Brumfitt was unexpectedly vaulted into the spotlight in 2014 when she posted non-traditional before-and-after pictures on Facebook that went viral and made her a face of the body positivity movement.

Instead of the “after” image showing a thinner body, Brumfitt’s image showed her naked and heavier than she appeared in the “before” picture of her clad in a bikini in a bodybuilding competition.

Brumfitt called on Australians to turn their minds to encouraging others, particularly children, to embrace their bodies.

She added 70 per cent of school kids believed their body image was their top concern, leading to what she described as a paediatric emergency caused by higher rates of anxiety, depression and suicide.

“We weren’t born into the world hating our bodies. This is something society has taught us. Body shaming is a universal problem,” she said in her acceptance speech.

“When you take your final breath on this earth, what thoughts will be going through your mind?… No one has ever said to me [it is] the size of their bum.”

Brumfitt said she wanted to accelerate a new documentary – , which will focus on rising body image concern among males – to complete her trilogy of documentaries. She will also push for the government to provide resources in schools to educate children on body positivity.

Australia Day Council chair Danielle Roach said each recipient demonstrated a spirit that characterises Australians and was fearless in their respective pursuits.

“Individually brilliant, Taryn, Tom, Awer and Amar share a common bond – using their life experience as a power for good, helping others around them and making the world a better place,” she said in a written statement.

“Taryn has inspired millions of women around the world to be more comfortable in their own skin. Tom has dedicated his life and career to being a champion of equality for Aboriginal and Torres Strait Islander peoples, lighting the path towards reconciliation.”

“Awer fled conflict and went on to represent Australia at the highest level as a Socceroo – an extraordinary achievement. Amar has turned his own experience of discrimination into a positive, and sparked a movement that helps thousands of people put food on the table.”

Prime Minister Anthony Albanese said on Wednesday night that the winners and nominees represented the best of Australia.

“They inspire us each and every day by living and serving and upholding our nation’s values,” he said at the awards event in Canberra. “Our compassion and generosity, our courage and initiative, our ingrained sense of fairness and belief in service to the community.”

Albanese used a speech on Australia Day eve to advocate what he said would be the profound benefit of the Voice to parliament.

“I believe, just like tonight, it will be an uplifting moment of national unity,” he said in Canberra at an event to mark the Australian of the Year.

Brumfitt entered the bodybuilding competition featured in her famous image after dieting to get rid of the weight she put on after giving birth.

“After I had my children I ended up hating how my body looked,” Brumfitt said in 2017. “I was going to have a tummy tuck and breast augmentation.”

She opted against surgery, trained for hours a day, restricted how much she ate, and developed the toned body many people crave. “It just wasn’t worth it. It wasn’t a balanced life,” she said.

After hearing friends complain about their bodies, Brumfitt posted the before and after photos, which led to appearances on Australian news networks and US breakfast television.

“I was so surprised,” Brumfitt said of the international attention. “I just wanted to help people.”

She created a blog called Body Image Movement that has since turned into a motivational website and online community.

According to the Australia Day Council, her work has reached more than 200 million people and been recognised by UN Women.

The selection of Brumfitt represents the third successive Australian of the Year known for their advocacy on social issues, after Grace Tame was selected for her role advocating for sexual assault survivors and Dylan Alcott for disability rights.

Meanwhile, Calma, who co-authored the key report underpinning the Voice to parliament referendum proposal, was named Senior Australian of the Year for his 45 years of advocacy which included helping create the Close the Gap framework and becoming chancellor of the University of Canberra.

Mabil, who plays club football in Europe and appeared for the Socceroos in last year’s FIFA World Cup, grew up in a Kenyan refugee camp after his family fled the civil war in Sudan. He immigrated to South Australia aged 10 and recently founded the non-profit organisation Barefoot to Boots, which aims to help refugees.

Singh founded the Turbans 4 Australia charity which has become well-known for transporting food and supplies to communities involved in natural disasters such as floods and bushfires. Singh created the charity to build an understanding of the character of Sikhs after he was racially vilified while wearing his turban.