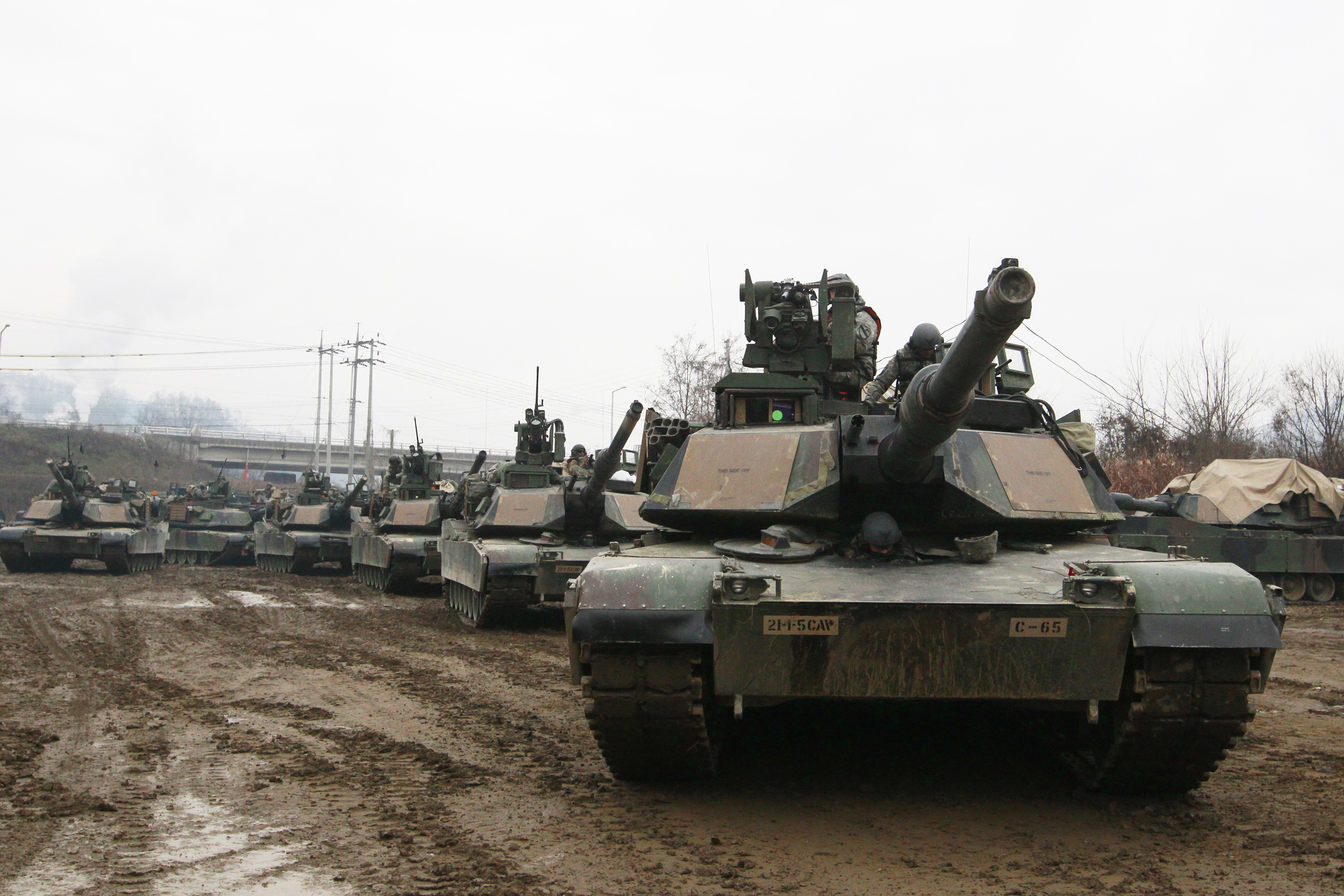 The Biden administration is leaning toward sending “a significant number” of M1 Abrams tanks to Ukraine, two U.S. officials said, and an announcement could come as early as this week.

The development comes amid a public standoff with German officials, who are under pressure to send their own Leopard tanks and allow other European countries that operate the German-made vehicles to do so as well.

On Tuesday, shortly after news broke of the possible U.S. move, German Chancellor Olaf Scholz announced that German Leopards were heading to Ukraine. Last week, Scholz told U.S. lawmakers that Berlin would approve the transfer only if the U.S. donated its own tanks first.

The transfer of U.S. and German tanks would mark a major development in the West’s effort to arm Ukraine. Top Ukrainian officials, including President Volodymyr Zelenskyy, have spent weeks pleading for tanks as Kyiv prepares for fresh Russian offensives in the country’s east.

One of the two U.S. officials said the Biden administration is considering sending around 30 Abrams tanks.

The vehicles would likely come through the Ukraine Security Assistance Initiative, according to a third person familiar with the issue. The program allows Washington to finance the purchase of weapons and equipment for Ukraine, as opposed to pulling them from existing U.S. stockpiles.

The Pentagon never took tanks off the table, stressed a fourth U.S. official, who like others spoke on the condition of anonymity to discuss the matter ahead of an announcement. But in recent weeks U.S. officials have publicly cited the difficulties of providing the M1s, the Army’s main battle tank. They have said the Abrams made little operational sense for Ukraine at this moment because they guzzle jet fuel and require long supply lines to maintain.

“The Abrams tank is a very complicated piece of equipment. It’s expensive, it’s hard to train on. It has a jet engine, I think it’s about three gallons to the mile of jet fuel. It is not the easiest system to maintain,” Colin Kahl, the Pentagon’s top policy official, told reporters last week after a trip to Kyiv. “It may or may not be the right system.”

The developments come after weeks of tense discussions between Washington, Berlin and their European allies. Since Scholz met with U.S. lawmakers last week, the German government has shifted its stance, at one point denying it had linked the transfers of the Abrams and Leopards.

A parade of Democrats and Republicans has pressured the Biden administration to grant Berlin’s request to send U.S. tanks first.

“If the Germans continue to say we will only send or release Leopards on the condition that Americans send Abrams, we should send Abrams,” Sen. Chris Coons (D-Del.), a close Biden ally, told POLITICO moments before Sky News Arabia first broke news of the decision on Tuesday.

The M1 Abrams tanks currently in the U.S. Army’s motor pools would first need to be stripped of sensitive communications and other equipment before being sent to Ukraine, making it an expensive and time-consuming process.

A handful of countries operate less modern versions of the Abrams, including Australia, Iraq, Egypt, Kuwait and Morocco, while Poland has 250 on order slated to begin arriving in 2024.

Egypt by far has the most Abrams tanks in service, with over 1,000 older M1A1 models as the result of a decades-long co-production deal with the United States.

Paul McLeary contributed to this report.