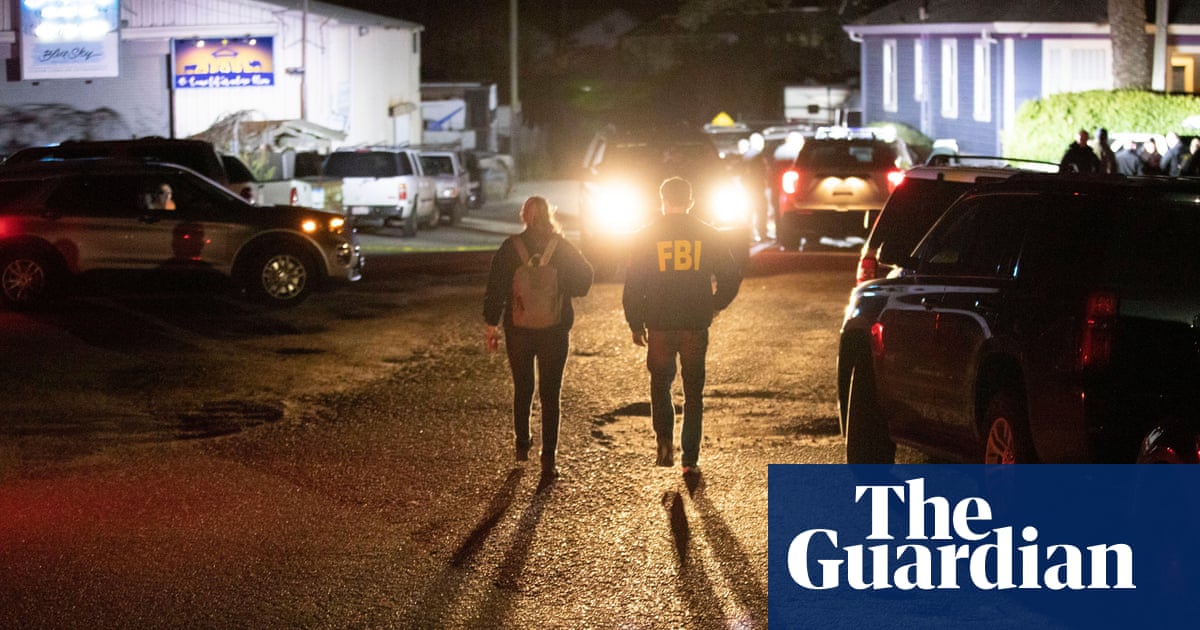 Two horrific killings separated by just a few days have shaken California, but such nightmarish mass shootings cannot be considered abnormal in the US. With a week still left in January, this year there have already been 39 mass shootings across the country, five of them in California.

Reports from the Gun Violence Archive, a not-for-profit research group, show the predictability of American mass shootings. Nearly 70 people have been shot dead in mass shootings so far in 2023, according to their data – which classifies a mass shooting as any armed attack in which at least four people are injured or killed, not including the perpetrator.

Broadened out to include all deaths from gun violence, not including suicides, 1,214 people have been killed before the end of the first month of this year, including 120 children. That is likely to increase to tens of thousands by the end of 2023 – the figure for 2022 is 20,200.

In comparison, the latest data from the UK showed that in the course of an entire year ending in March 2022, 31 people were killed by firearms. The UK’s population is 67 million to the US’s 333 million.

The shooting in Monterey Park on Saturday, in which a 72-year-old Asian man is accused of killing 11 people in a lunar new year attack at a dance hall in a city close to Los Angeles, was notable as the deadliest US shooting in 2023, but not by much.

Just a few days into 2023, a man in Utah fatally shot his five children, his mother-in-law, and his wife and then turned the gun on himself.

And while US cable news networks were still reporting on the aftermath of the Monterey Park shooting on Monday, they had to cut away to a new mass killing, this time at a school for at-risk young people in Des Moines, Iowa. Two students were killed and a teacher was injured.

Later that day, seven people were killed in northern California in an agricultural region on the outskirts of Half Moon Bay, a coastal community about 30 miles south of San Francisco. It was the most recent mass shooting – the 38th – for just a few hours, before two people were killed and three injured in Chicago.

The California governor, Gavin Newsom, was at the time meeting victims of the Monterey Park massacre in a hospital but said he got pulled away from their bedside “to be briefed about another shooting”.

The pace of the killings makes it hard to keep up. Eight days ago, six people, including a 17-year-old mother and her six-month-old baby, were killed in another mass shooting, also in California.

Despite claims by the US gun lobby and their powerful political backers, little connects these shootings in terms of the killers’ background or mental health. Instead, the connection is the ready availability of deadly weapons – and that is what differentiates the US from most other advanced countries.

Americans bought an estimated 150m guns in the past decade, with sales increasing, especially during the pandemic. There are more guns in the US than people, according to a 2018 Small Arms Survey report, which found the country had the highest rate of firearm ownership in the world, and more than double the next country on the list, Yemen.

Expectations for further gun-control legislation in Congress are low, with largely pro-gun Republicans in control of the House of Representatives.