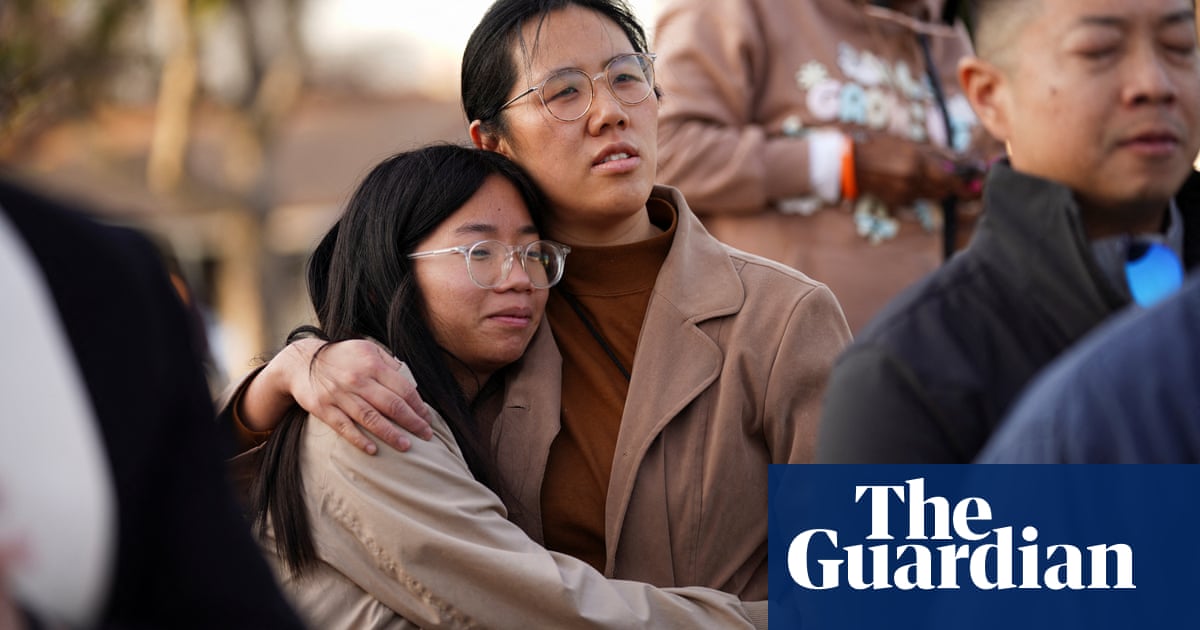 Kevin Lou lives within a three-mile radius of the two dance studios in east Los Angeles that came under attack on the eve of lunar new year.

Growing up in the Chinese enclave of Monterey Park, he’d always felt safe, surrounded by people who looked like him and shared his immigration story. One of his fondest memories was dining with his mother at Hong Kong Cafe, a no-frills eatery that’s served southern Chinese breakfast staples for decades.

“At first I thought it’s a hoax,” Lou, 29, says. “You know stuff like this happens but because it’s the neighbourhood you grew up in, it doesn’t feel real.”

Lou and many longtime Monterey Park residents have been left reeling after the most deadly mass shooting in Los Angeles county history shook the neighbourhood widely known as “the Chinese Beverly Hills”.

It has been reported that Huu Can Tran, the shooter, had a personal connection to Star Ballroom. Tran, 72, had lived in the Los Angeles area since at least the early 1990s and is said to have met his ex-wife while dancing at Star Ballroom two decades ago.

Minutes after opening fire at the Monterey Park studio, Tran went to a second ballroom in nearby Alhambra, where he was disarmed by a single worker now hailed as a hero. Tran later died from self-inflicted wounds.

“You never expected something like this to happen here,” says Julio Angulo, a property manager of a low-income apartment complex whose tenants are almost entirely Chinese and Vietnamese elders. “It’s such a quiet, sleepy city. People here just eat, watch TV and sleep.”

Angulo likens the city to an unusually accessible retirement community, where restaurants, laundromats and other services are so abundant that he rarely drives. But after the shooting, he says he and his family are afraid to even make a grocery run on foot.

“We feel different now,” he says. “We have to keep our eyes open.”

At the Monterey Park Civic Center, a 24-year-old woman in a blue jacket leaves a bouquet of yellow flowers on the front lawn.

Born and raised in Monterey Park, Bonnie – who declined to give her last name citing safety concerns – said her home town was resilient and almost uniquely welcoming to new immigrants from China.

“There’s nowhere you can go without meeting someone who speaks Mandarin or Cantonese,” she says. “Everyone here is very loving. Just me going out to place flowers. It’s such a minute thing and the least I could do.”

Phillip Sam, the owner of a beauty supply store a block away from Star Ballroom Dance Studio, says dancers would frequent the shop before competitions to buy hairspray, combs and makeup.

“I’d say 90% of our customers speak Mandarin and Cantonese, and they all live within walking distances from here,” says Sam, 54. “We’ve always been a very local community.”

Sam says he was deeply saddened by the shooting but still felt safe to continue running his business, in part because the suspect had been caught.

“It’s not a hate crime,” he says. “You can’t control one crazy person.”

The Asian American community has suffered several high-profile shootings over the past couple of years. A gunman opened fire in a Taiwanese church in southern California last May, killing one person and injuring five others in an attack the police say was motivated by political tension between China and Taiwan. In March of 2021, a gunman in Atlanta murdered eight women, including six of Asian descent, after shootings at three spas.

Some community members say Monterey Park – a city with a population of 60,000 people that’s roughly 65% Asian American – has had an outsize influence in shaping Asian American history.

Ann Lau, an organiser who has campaigned for a handful of Monterey Park politicians, said the city provided a blueprint for building Asian American political power. In addition to electing Judy Chu as the first Chinese American woman to congress, Monterey Park also has two openly gay Asian American council members, including the mayor, Henry Lo.

Yet Lau says Chinese and Taiwanese immigrants who developed the area, known by many as America’s “first suburban Chinatown”, believe the shooting embodies the worst impulses of a country they worked hard to assimilate into.

“We as Asian Americans strive to be American, but we don’t like to be part of this culture of violence,” she says. “All of a sudden that happened. This isn’t the America of our dreams.”