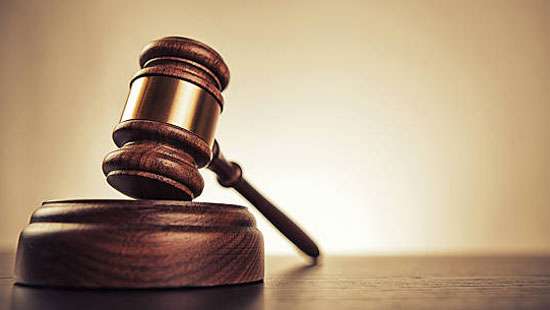 The Court of Appeal today converted the sentence on a woman accomplice of the LTTE woman suicide bomber who committed suicide at the Kollupitiya Police station in 2004, from two years suspended imprisonment to death sentence.

Accordingly, Court of Appeal ordered the Colombo High Court to issue an arrest warrant for the arrest of the accused Selvakumar Sathyaleela alias Sathya for the proper implementation of this judgment and the sentence.

Court of Appeal two-judge-bench comprising Justices Sampath Abayakoon and P. Kumararatnam delivered this judgment pursuant to an appeal filed by the Attorney General alleging that the High Court Judge was misdirected when the accused was acquitted from several offences including aiding and abetting suicide bomber Jayarani to commit the murder of Police Inspector Ekanayaka at Kollupitiya, Police Sergeant Artigala, one Bonifes Liyanage and Kasthuri Badal.

Accused was further charged for conspiring with the common purpose of assassinating Minister Devananda, although the said task failed.

After trial, the High Court Judge of Colombo found the accused guilty for the second count preferred against her and she was acquitted of the other charges. Accordingly, she was sentenced for a period of 24 months rigorous imprisonment suspended for 15 years.

The Attorney General had filed an appeal on the basis that the High Court Judge was misdirected when the respondent was acquitted five counts preferred against her, and the sentence imposed on the accused  for the count where she was found guilty was wholly inadequate given the seriousness of the crime for which she was found guilty.

In this case, on 7th July 2004, the accused has accompanied Thaygaraja Jayarani to the Colombo
office of the EPDP, whose leader was Douglas Devananda, a government minister at that time. Both the accused and Jayarani has gained access to the office in the pretext of meeting the minister.

As for the security procedures of the office, when the security personnel attempted to body check Jayarani, she has refused to be searched sighting shyness for such a check.

Because of the suspicions arose due to this, the said Jayarani has been handed over to police for further investigations and taken to the Kollupitiya police station. At the police station, she has detonated a suicide bomb she was wearing which killed herself, and the four persons. (Lakmal Sooriyagoda)