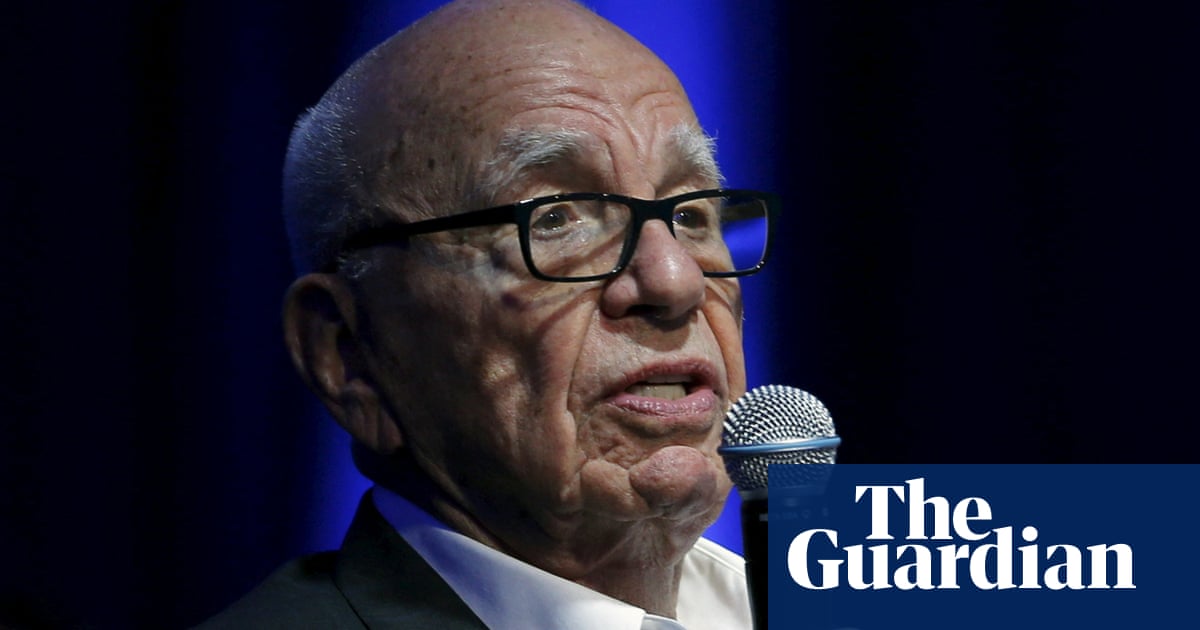 Rupert Murdoch has scrapped a proposal to combine Fox Corp with News Corp, in a deal that would have reunited the media empire he split nearly a decade ago.

In 2013, shareholders approved a plan to divide the media giant’s assets, which include the Times, the Wall Street Journal and the Australian, from its entertainment division in the wake of the UK’s phone hacking scandal. Murdoch said at the time that the separation would “unlock the true value of both companies and their distinct assets”.

But a proposal to put the 91-year-old’s empire back together has now been abandoned ahead of the company’s plans to sell off Move Inc, owner of Realtor.com, to CoStar Group, for $3bn, according to sources close to the negotiations.

News Corp has confirmed discussions with CoStar regarding a potential sale of its stake in Move are ongoing.

“Any potential transaction would support News Corp’s strategy to optimize the value of its Digital Real Estate Services segment, while strengthening Realtor.com’s competitive position in the market,” News Corp said.

The abrupt end to the proposal comes as Fox News faces the $1.6bn Dominion Voting Systems lawsuit. Rupert and Lachlan have been deposed about their role in Fox News’ coverage of the US 2020 presidential election and the trial is scheduled to start in April. Fox News has rejected the claims.

“We are confident we will prevail as freedom of the press is foundational to our democracy and must be protected, in addition to the damages claims being outrageous, unsupported and not rooted in sound financial analysis,” the company said in August.

Murdoch sent a letter to News Corp and Fox withdrawing his proposal to reunite the companies, according to a regulatory filing. He indicated that he and his son, Fox Corp chief executive Lachlan Murdoch, had determined that the combination is “not optimal” for shareholders.

Reuniting Fox and News Corp would have given the combined companies greater scale to compete, but prominent News Corp investors have been critical of the idea.

In November, Irenic Capital Management said in a letter to News Corp that it might vote to oppose the merger, arguing that the proposed deal was likely to undervalue News Corp, according to the New York Times.

The Murdoch family commands roughly 40% of the vote at both Fox and News Corp but any deal requires the approval of a majority of investors.

The special committees of the Fox and News Corp boards that were reviewing the proposed merger have now been dissolved, the companies said in statements.

“In withdrawing the proposal, Mr Murdoch indicated that he and Lachlan K. Murdoch have determined that a combination is not optimal for shareholders of News Corp and FOX at this time,” News Corp said in a statement.

The planned merger would have combined the rightwing and highly controversial TV channel Fox News and TMZ assets with News Corp’s news operations, which include the Times and the Sun newspapers and websites in the UK, the Journal and New York Post in the US, and the Australian suite of newspapers.

In a separate legal case, an Australian court will decide on Monday if Lachlan Murdoch can alter his defamation claim against independent media site Crikey to have the publisher of Private Media Eric Beecher and the company’s chief executive, Will Hayward, brought into the suit.

In December, Rupert was questioned under oath over his network’s coverage of unfounded vote-rigging claims during the 2020 US presidential election.

Dominion alleged in its March 2021 lawsuit that Fox amplified the false theories to boost its ratings and stay abreast of hard-right competitors including One America News Network, which Dominion is also suing.