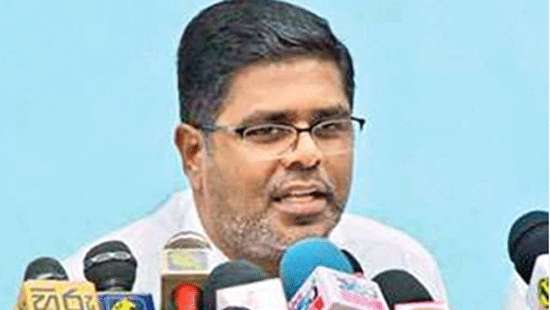 Mujibur Rahuman filed this petition challenging the decision taken by the Secretary to the Ministry of Public Administration, Home Affairs, Provincial Councils, and Local Government to issue a letter dated 10th January 2023, purportedly acting under the instructions of the Cabinet of Ministers, directing District Returning Officers not to accept deposits from the Local Government Election candidates.

The petitioner is seeking a declaration that his Fundamental Rights guaranteed under Article 12(1) and 14(1)(a) have been infringed and or the likelihood of imminent infringement by the Cabinet decision directing not to accept deposits from the Local Government Election candidates.

This petition had been filed through Attorney-at-Law Sithara Sampath Wijewardena.(Lakmal Sooriyagoda)