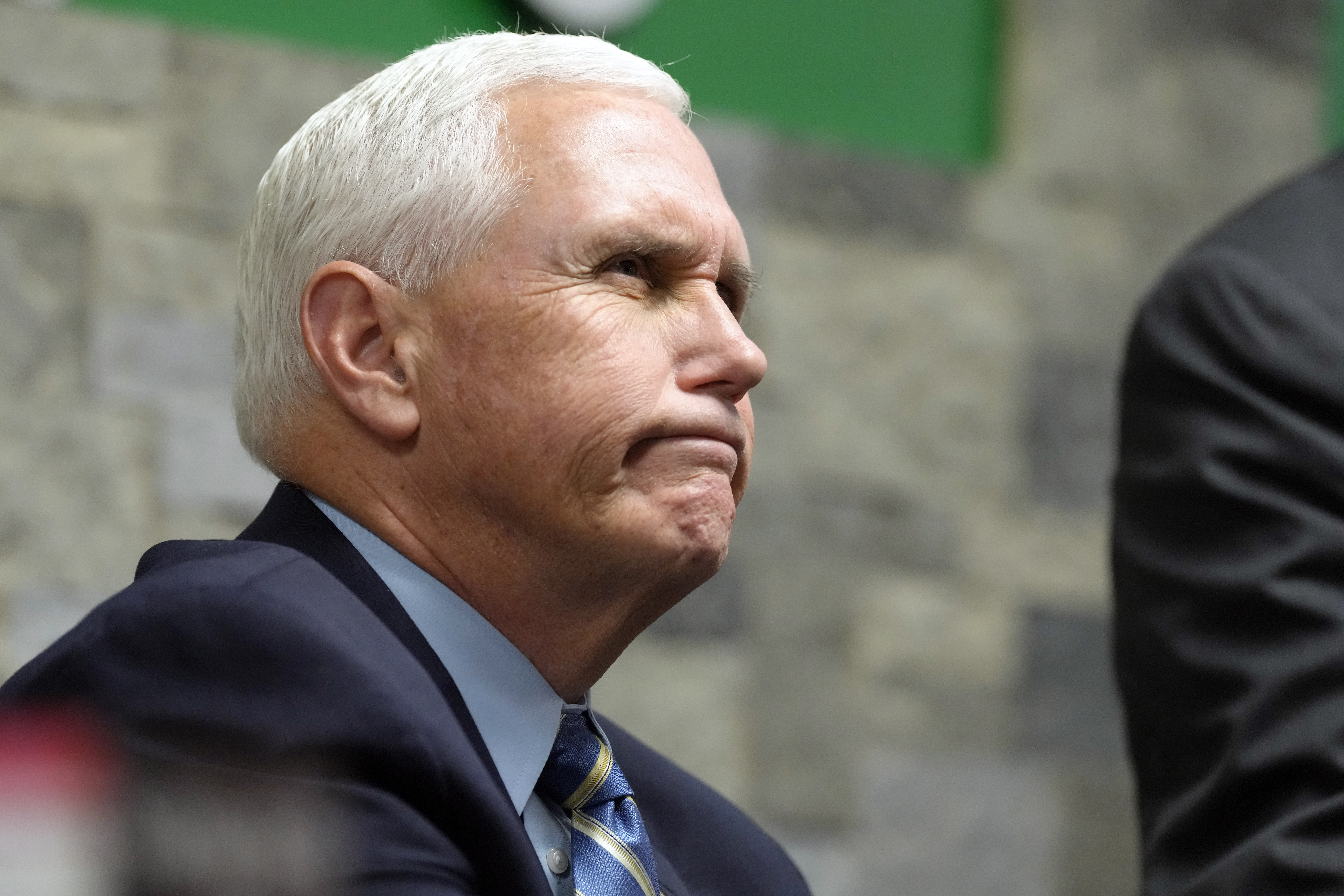 The Justice Department has taken possession of a “small number” of documents with classified markings that former Vice President Mike Pence found in his Indiana residence earlier this month, according to Greg Jacob, the custodian of Pence’s White House records.

In a Jan. 22 letter to the National Archives, Jacob indicated that FBI agents came to Pence’s Indiana home on the night of Jan. 19 to retrieve documents that the former vice president had located a few days earlier.

“The transfer was facilitated by the Vice President’s personal attorney, who has experience in handling classified documents,” wrote Jacob.

DOJ’s effort to obtain the documents came days after Pence notified the National Archives that he had discovered them at his residence on Jan. 16. Jacob indicated Pence was unaware of the existence of the documents and had enlisted an outside counsel after press reports of the discovery of documents at President Joe Biden’s own personal residence.

The sensitivity of the newly discovered documents is unclear. In his first letter to the Archives, Jacob indicated that Pence’s counsel did not review them “once an indicator of potential classification was identified.”

Pence’s revelation threatens to upend the political landscape on both sides of Pennsylvania Avenue. The Biden White House has similarly turned over classified documents to the National Archives that were found in the president’s personal home and an office he used following his stint as vice president. But it has endured withering criticism, including from fellow Democrats, over the existence of those items. And House Republicans have already begun the process of investigating why classified items were discovered in both Wilmington, Del., and the Penn-Biden Center in Washington, D.C.

Revelations that such mistakes are widespread provided Democrats with a sense of inoculation. It also gave them a talking point to contrast Biden’s situation with that of Donald Trump’s, who also had classified documents on his personal property but refused to turn all them over when asked.

“This discovery by Pence’s attorney is a very interesting reinforcement of the contrast between how Biden & Pence are properly cooperating and returning documents versus Trump stealing them, hiding them, and obstructing justice into their return,” said David Brock, president of the Biden-allied group Facts First USA.

The chair of the House Oversight Committee, Rep. James Comer (R-Ky.), showed no immediate indication that he would back off his investigations in the aftermath of the Pence revelations.

“Former Vice President Mike Pence reached out today about classified documents found at his home in Indiana,” Comer said. “He has agreed to fully cooperate with congressional oversight and any questions we have about the matter. Former Vice President Pence’s transparency stands in stark contrast to Biden White House staff who continue to withhold information from Congress and the American people.”

The Biden White House declined to discuss the matter citing a policy of not commenting on ongoing investigations. And Rep. Mike Turner (R-Ohio), the chair of the House Intelligence Committee, said he planned to “ask for the same intelligence review and damage assessment” that he had requested regarding Biden, “to see if there are any national security concerns.”

The discovery by Pence nevertheless underscores the haphazard process taken by senior officials in departing presidential administrations. And it left other lawmakers on the Hill befuddled.

“I would have thought over a year ago that the beginnings of this conversation between the archives and President Trump, that anyone who served in any of these roles as president and vice president that are still living would say: Go check your closets,” said Senate Intel Chair Mark Warner (D-Va.).

A request for comment made to Pence’s aides was not returned. Pence had previously said that he had not brought classified documents home with him after leaving the vice presidency.

In the Jan. 22 letter to the Archives, Jacob indicated that before DOJ intervened, Pence had been prepared to return four boxes of materials to the Archives for review. He noted that some of the records, while not classified, were likely to include “courtesy copies” of White House records from his tenure in office.

“I expressed to you my expectation that the substantial majority of the documents in the four boxes would, upon examination, be found to be personal copies of other records that were previously transmitted to the Archives,” Jacob noted.

Jacob indicated he intended to transport the boxes, absent the classified records recovered by DOJ, to the Archives on Jan. 23

“The boxes were sealed at the Vice President’s residence in Indiana, following a final review by the Vice President’s personal attorney during which attorney-client privileged materials related to personal capacity attorneys, and Article I legislative branch materials, were placed in sealed and clearly labeled envelopes,” he wrote.

“All of the documents within the boxes, and within the sealed envelopes, remain in the exact place and order in which they were discovered on January 16. The Vice President is not waiving any privileges pertaining to the clearly labeled materials.”