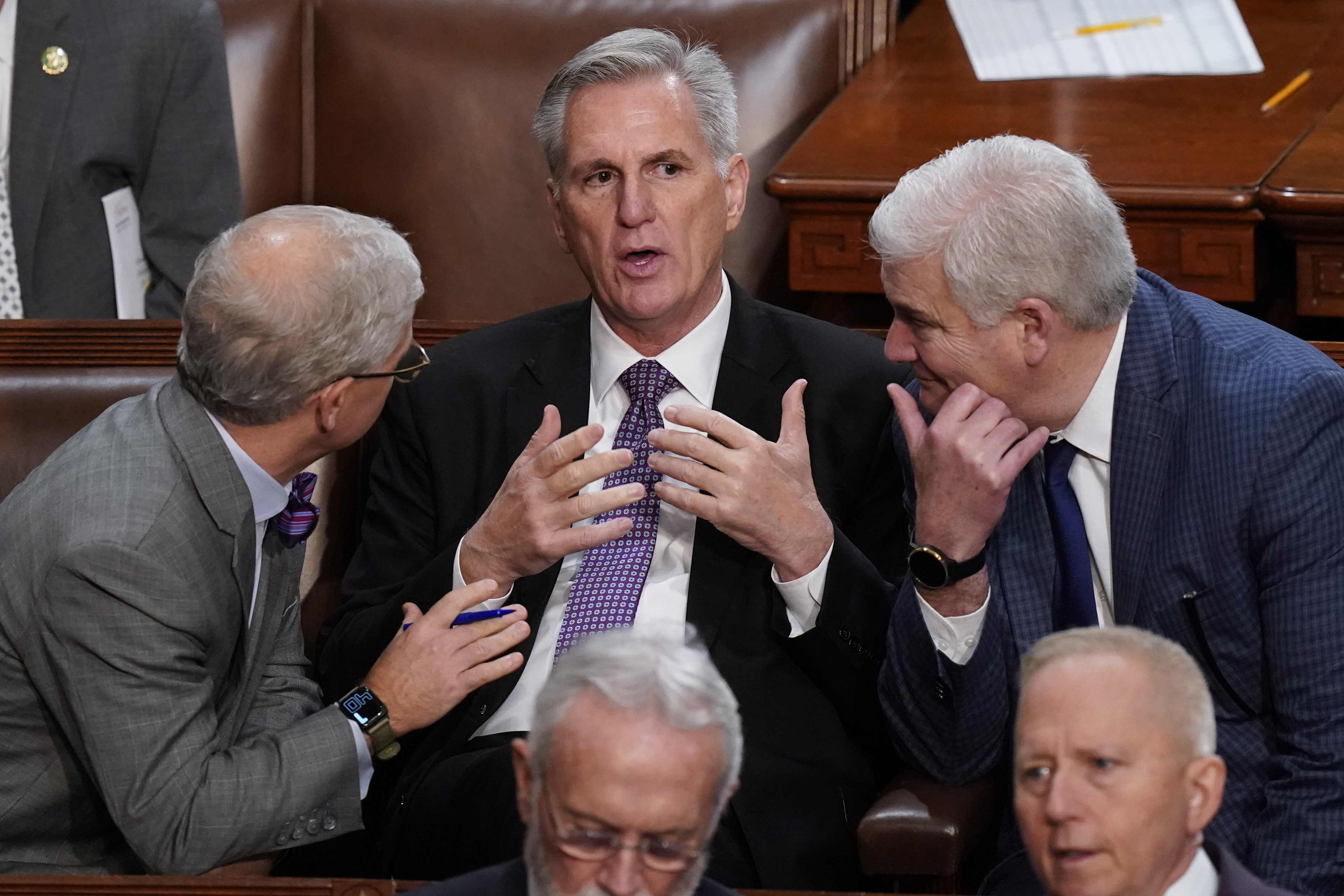 Speaker Kevin McCarthy awarded his group of detractors another powerful perch: The ability to influence nearly everything that will come to the House floor.

The California Republican announced his picks for the Rules Committee on Monday evening, and the nine GOP members on the panel will include Reps. Chip Roy (R-Texas) and Ralph Norman (R-S.C.), two Republicans who initially voted against McCarthy during his 15-ballot speaker fight before ultimately supporting him. Rep. Thomas Massie (R-Ky.), known for being a libertarian-leaning gadfly and thorn in leadership’s side, is also getting a seat.

It’s a significant shift for the committee, with possibly far-reaching implications that go beyond simple procedure fights. The panel is typically packed with leadership allies and yes-men who follow party leaders’ directives on how and when to bring priorities to the floor. Members can shut down or allow amendment votes on legislation, a tactic to head off potential poison pills both from across the aisle and within their own ranks. However, McCarthy’s decision will give the House GOP’s right flank the ability to put their stamp on everything — from what bills advance to the full chamber to the structure of floor debates and amendments — and they’re much less likely to go along with leadership.

Both Roy and Massie have a track record of holding up major spending legislation, emergency disaster aid and forcing votes on divisive amendments against the wishes of GOP leadership. Importantly, if Roy, Norman or Massie hang together they can effectively block legislation, including bills that McCarthy supports, from getting to the floor, as minority party members usually vote no on the 9-4 split panel.

That is likely to shift much of the GOP’s floor drama to the Rules Committee, which could now serve as a microcosm of the broader policy fights within the conference by requiring conservative buy-in before legislation can advance.

“Didn’t ask for it. But you can’t push for change [and] not saddle up if asked,” Roy, who helped negotiate a deal that helped flip several McCarthy “no” votes, said about his elevation to the committee.

McCarthy had pledged as part of negotiations over his speaker bid to elevate different factions within his conference, including the House Freedom Caucus, to plumb positions. Under the deal, members of the group were expected to get two seats while a third seat was expected to go to a conservative. Those same conservatives had also pushed for more amendment votes on bills that come to the floor. It could portend difficulty ahead for the Rules Committee, which will now need their backing to get legislation up for a vote.

McCarthy, in announcing his picks, tried to draw a distinction with Democrats, who he accused of using committee positions to “reward their allies.”

“The Members on these committees will work to shift power back to the American people by providing oversight, transparency, and will stay laser-focused on getting ahead of our national threats,” McCarthy said in a statement.

But the decision is likely to draw scrutiny from Democrats, who are warning that McCarthy is enabling the conservatives in his caucus to potentially wreak havoc on his legislative agenda.

“He’s allowing the Freedom Caucus to pack the Rules Committee to give them the power of what comes to the floor and what it looks like,” Rep. Jim McGovern (D-Mass.) told POLITICO in a recent interview.

“These are the same people who voted to overturn the last election, who cheered on the insurrection. To put a mask on this as if it’s somehow democracy in action — this is a power grab,” he added.

Sarah Ferris contributed to this report.