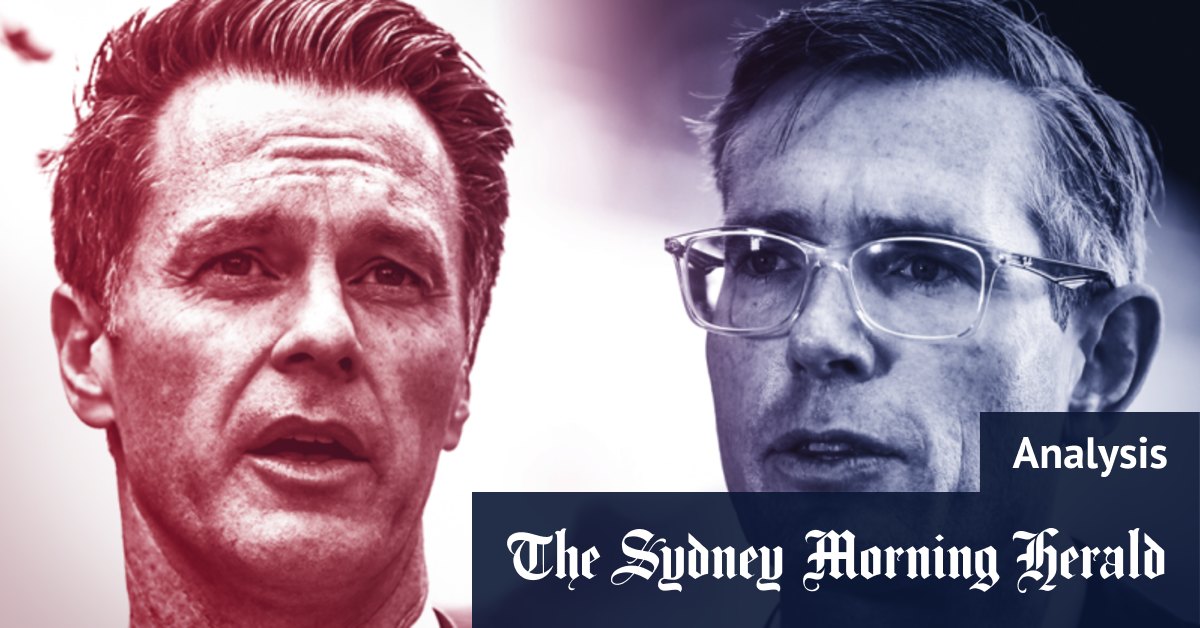 The new year has treated the two leaders vying to be NSW premier very differently.

Incumbent Dominic Perrottet was forced to admit he wore a Nazi costume to his 21st birthday party, leaving hopeful Chris Minns to capitalise on the government’s short-term distraction by releasing some long-awaited policies for Labor.

Despite a horror 24 hours for Perrottet after his mea culpa, his genuine apology for a grave mistake made 20 years ago seems to have given a boost to the premier’s popularity. Meanwhile, Labor has made inroads in convincing voters that it has devised some key policies ahead of the March 25 poll.

Perrottet may have edged ahead as the preferred leader, but Labor starts the year in the same place it ended 2022. It holds a winning lead ahead of the election now only eight weeks away.

The first Resolve Political Monitor for 2023 from Resolve Strategic has Labor with a primary vote of 37 per cent and the Coalition on 34 per cent – a drop of one percentage point for each since October.

At the same time, support for the Greens has grown to 12 per cent and independents are on a primary vote of 11 per cent.

Given the independents polled 5 per cent at the 2019 election, their significant growth in support should cause anxiety within the Liberals who are facing challenges from teal candidates in blue-ribbon seats such as Pittwater, Manly, Lane Cove and North Shore.

Wakehurst is also dicey for the Liberals if the popular Northern Beaches mayor Michael Regan runs as an independent. An expanded crossbench is looking more likely.

The Nazi costume fiasco rattled Perrottet but he survived largely unscathed, probably because there was sympathy from many that mistakes are made when you are young and stupid.

Resolve director Jim Reed calls it the Score Nightclub effect, referring to the strip club in New York which Kevin Rudd visited with then editor Col Allan in 2003. Reed says just as a night out in Manhattan “humanised” Rudd, Perrottet’s admission probably did the same.

Nevertheless, the threat to Perrottet was never really the voters. His admission came about by an internal hit job from his own, which is far worse than any attack from Labor. It means that there are Liberals inside the tent prepared to help the party lose.

Perrottet’s determination to clean up the state’s addiction to poker machines may have also helped improve his position in the eye of voters, even if it is not an election-defining issue. Previous Resolve polling has shown that gambling reform is an issue that voters care strongly about, even if it is not at the top of their list of concerns.

And despite holding an election-winning lead for several months now, Labor operatives are madly reminding everyone that the party has not won from opposition in NSW since 1995.

They are also insistent that the government will embark on a spend-a-thon that will leave Labor for dead.

After 12 long years in the political wilderness, it is not surprising that Labor is managing expectations. They may be in front but eight weeks is an eternity in politics.