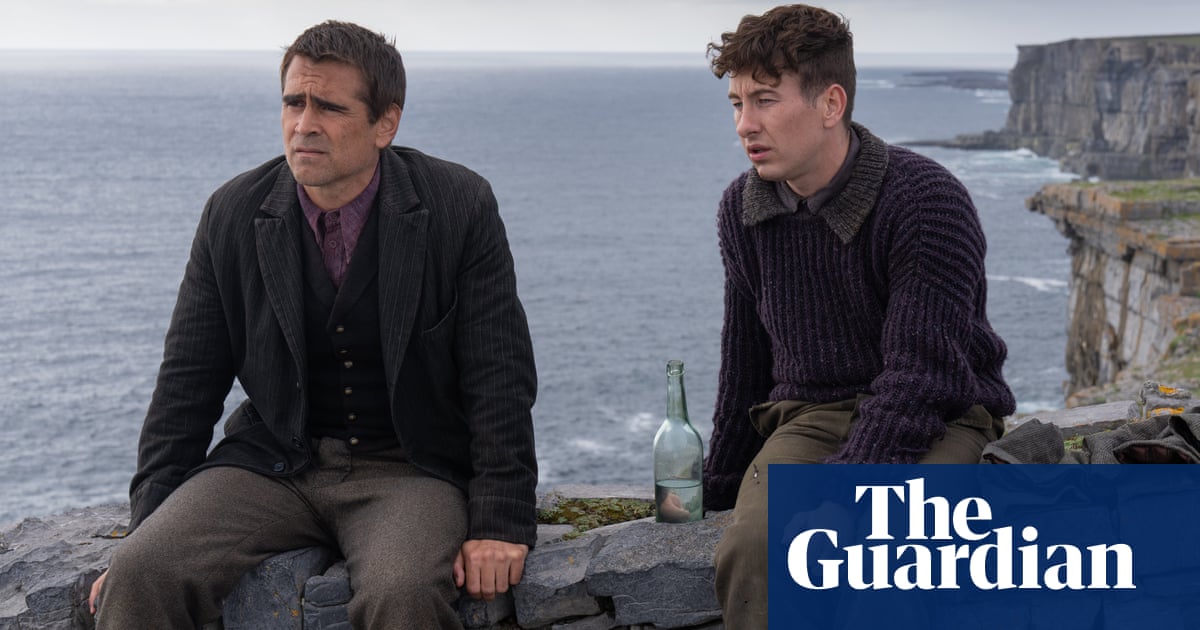 Ireland has scooped a record 14 Oscar nominations, prompting jokes that the ceremony should be relocated from Los Angeles to Dublin.

Martin McDonagh’s film The Banshees of Inisherin got nine nods, Paul Mescal was nominated for best actor for Aftersun, and The Quiet Girl made history by becoming the first Irish-language film to be nominated in the best international feature film category.

“Gael Force!” the Irish Examiner declared after the nominations were announced on Tuesday. “Not Normal, People!” said the news site Extra.ie, a pun on Mescal’s previous best-known role in the TV drama Normal People.

Joe Duffy, a radio host for the national broadcaster, RTÉ, joked to his listeners that the 12 March ceremony should be moved from Hollywood to Dublin. Ireland already has its own Oscars party in LA, the Oscar Wilde awards.

The Banshees of Inisherin, a black comedy starring Colin Farrell and Brendan Gleeson as former friends on a small island, overtook In the Name of the Father, which held an Irish record for seven nominations in 1994.

Ireland now faces a dilemma over whom to root for as best actor – Mescal, who plays a divorced father in Aftersun, or Farrell.

The Northern Ireland film An Irish Goodbye, about a reunion of estranged brothers, one of whom has Down’s syndrome, was nominated in the live action short category.

The Quiet Girl – its Irish title is An Cailín Ciúin – has shattered Irish and UK box office records for an Irish language film, and has already won multiple awards. Directed by Colm Bairéad, and based on Claire Keegan’s New Yorker story-turned novella Foster, it is a coming-of-age tale of a girl from a dysfunctional family who is sent to live with relatives in rural Ireland.

“If you’d told me a year ago that we would be here I wouldn’t have believed you,” said Bairéad. “I think it’s still sinking in. I’m still in a bit of shock. Euphoric.” Members of the cast, crew and some financial backers gathered at the Stella cinema in Rathmines, south Dublin, to watch the announcement.

Bairéad credited the “extraordinary power” of Keegan’s story as the film’s locus. “If the ultimate dream happens and we win there will be a good bit of Irish spoken on the stage that night,” he said.

The other international nominees are All Quiet On The Western Front, Close, Argentina 1985, and EO.

The Quiet Girl was a source of pride for Irish speakers and enabled a burst of culture and creativity, said Alan Esslemont, the director general of TG4, an Irish language TV network that partly funded the film. “It has in actual fact been central to a new wave of cinema for all of Ireland.”

Ireland’s nominations’ haul was no fluke, said John Kennedy, the head of visual effects at Windmill Lane, a Dublin-based post-production hub. “We no longer need to bang the drum of our long tradition of storytelling or that of the plucky underdog nation punching above its weight. This is a result of years of steady, sustained, strategic growth across the film industry from government, studio, educational and private sector channels.”