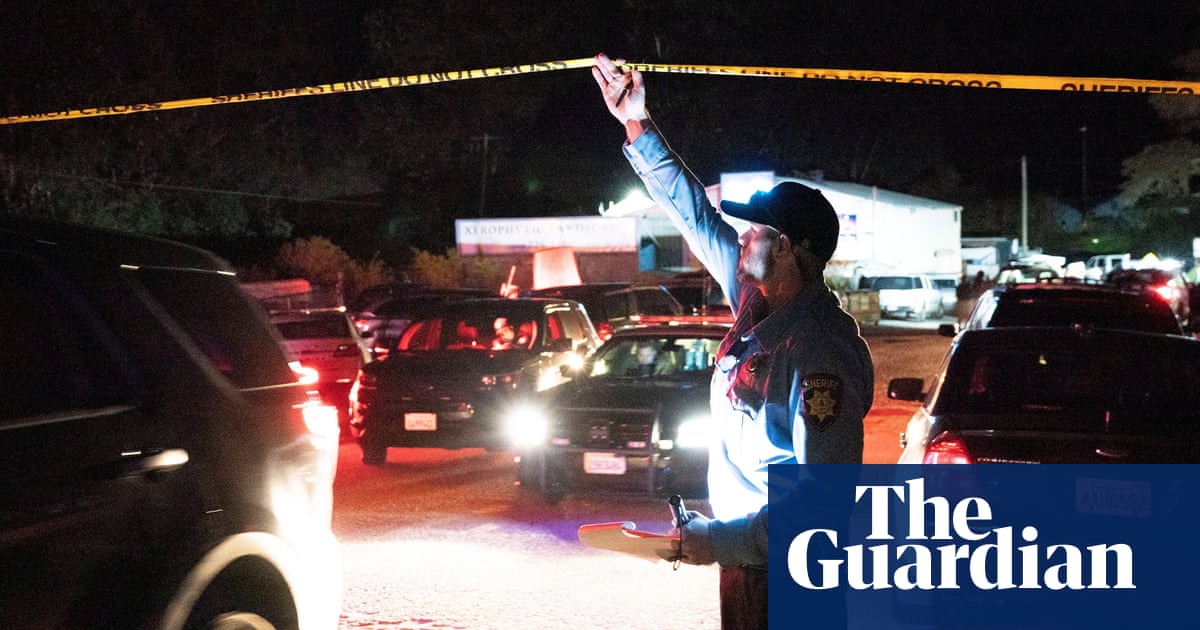 Seven people have been killed in an agricultural region of northern California, authorities said yesterday, the latest shootings to rattle the state in recent days.

Two fatal shootings took place at a mushroom farm and a trucking firm on the outskirts of Half Moon Bay, a coastal community about 30 miles south of San Francisco, officials said.

Deputies responding to a call found four people dead and a fifth victim wounded at the first location in Half Moon Bay, then found three more dead at the second location nearby, sheriff Christina Corpus told a news conference on Monday evening.

“This is a devastating tragedy for this community and the many families touched by this unspeakable act of violence,” said Corpus.

Police have arrested a suspect, named as 67-year-old Zhao Chunli, in connection with the shooting.

The death toll in a mass shooting at a ballroom dance studio in California has risen to 11 people, after health officials said that one of the people wounded in the shooting had died. According to friends and colleagues, the beloved manager of the dance hall where the massacre took place was also among the 11 victims.

Authorities said the motive for what one lawmaker called “the worst mass shooting in Los Angeles county history” remains unknown. The 72-year-old shooter killed himself the morning after the attack, authorities said, after being stopped by police in a nearby town. Law enforcement officials searched his home in Hemet, and found a rifle, hundreds of rounds of ammunition, and evidence that he was manufacturing homemade gun silencers.

The gunman had “a limited criminal history” but had been arrested in 1990 for illegal gun possession, Los Angeles county sheriff Robert Luna said on Monday.

“Did he plan this? Was it the day of? Was it a week before? What drove a madman to do this? We don’t know,” Luna said, saying that detectives were continuing to examine the case.

Kevin McCarthy reportedly said he would “never leave” Marjorie Taylor Greene, the far-right, conspiracy theorist Republican congresswoman from Georgia, after she backed him through a rightwing rebellion and 15 rounds of voting for the position of US House speaker.

“I will never leave that woman,” McCarthy told a friend, according to the New York Times. “I will always take care of her.”

Elected to Congress in 2020, Greene quickly became a figurehead for the pro-Trump far right, particularly after Democrats then in control of the House ejected her from committees, citing her racist statements and encouragement of violence against political opponents. Eleven Republicans supported the move.

Stat of the day: Ford to cut 3,200 jobs in Europe and move some work to US

Ford plans to cut 3,200 jobs across Europe, according to Germany’s largest union, as the carmaker looks to slash costs and shift focus towards electric vehicles. Most of the 2,500 jobs in product development and up to 700 in administrative roles are located in Germany, said IG Metall. The union, which represents 2.2 million members in the metal, electrical, iron, steel and automotive industries, said that other cuts could fall at sites in Belgium and the UK, the Financial Times reported. The US carmaker has been cutting jobs in Europe for years as it aims to shift its focus to electrified vehicles. The company’s chief executive, Jim Farley, warned in November last year it takes “40% less labour to make an electric car” than a traditional petrol model.

Don’t miss this: ‘This isn’t the America of our dreams’– shock and sorrow in Monterey Park after deadly shooting

Kevin Lou lives within a three-mile radius of the two dance studios in east Los Angeles that came under attack on the eve of lunar new year, writes Claire Wang. Growing up in the Chinese enclave of Monterey Park, he’d always felt safe, surrounded by people who looked like him and shared his immigration story. One of his fondest memories was dining with his mother at Hong Kong Cafe, a no-frills eatery that’s served southern Chinese breakfast staples for decades. It’s also located across from Star Ballroom Dance Studio, where 11 people were killed and 10 more injured. “At first I thought it’s a hoax,” Lou, 29, says. “You know stuff like this happens but because it’s the neighbourhood you grew up in, it doesn’t feel real.”

Climate check: ‘No miracles needed’ – Prof Mark Jacobson on how wind, sun and water can power the world

“Combustion is the problem – when you’re continuing to burn something, that’s not solving the problem,” says Prof Mark Jacobson. The Stanford University academic has a compelling pitch: the world can rapidly get 100% of its energy from renewable sources with, as the title of his new book says, “no miracles needed”. Wind, water and solar can provide plentiful and cheap power, he argues, ending the carbon emissions driving the climate crisis, slashing deadly air pollution and ensuring energy security. Carbon capture and storage, biofuels, new nuclear and other technologies are expensive wastes of time, he argues. “We have 95% of the technologies right now that we need to solve the problem,” he says.

Paris fashion week began with a roar when Kylie Jenner arrived at the first show of the season wearing a lifelike lion’s head on her shoulder. The Schiaparelli gown, which also appeared on the runway, was made of “foam, wool and silk faux fur, and hand painted to look as life like as possible”, the brand said on Instagram. To make things abundantly clear, the brand added, in all caps: “NO ANIMALS WERE HARMED IN MAKING THIS LOOK.” But choosing the controversial youngest scion of the Kardashian-Jenner clan to debut a gown that is open to interpretation may have been a misstep for the French fashion house. If anyone would wear a real lion’s head, commenters on social media reasoned, it would be Jenner.

First Thing is delivered to thousands of inboxes every weekday. If you’re not already signed up, subscribe now.