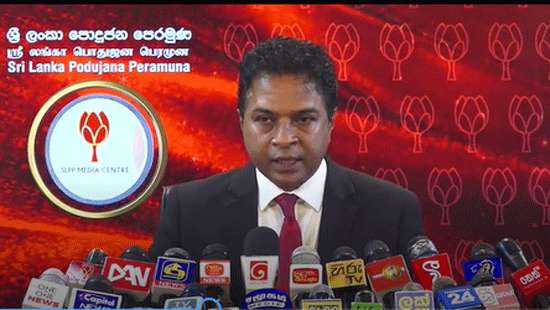 There was a conspiracy hatched to evict former President Gotabaya Rajapaksa, where even some of the ministers at that time, got involved, SLPP General Secretary Sagara Kariyawasam said today.

He told a news conference that people have now realised it clearly and that they will take proper action against such individuals in the future.

He said however, Gotabaya Rajapaksa was reluctant to admit that there was a conspiracy against him. “That is why he had to leave,” he said.

“There was a conspiracy to evict Gotabaya Rajapaksa as the President. Even some ministers were behind that conspiracy. There was a severe fuel shortage at that time. Even we could not obtain fuel. We are still importing the same amount of fuel that we imported at that time. But, we don't see any shortage now,” he said.(Ajith Siriwardana)