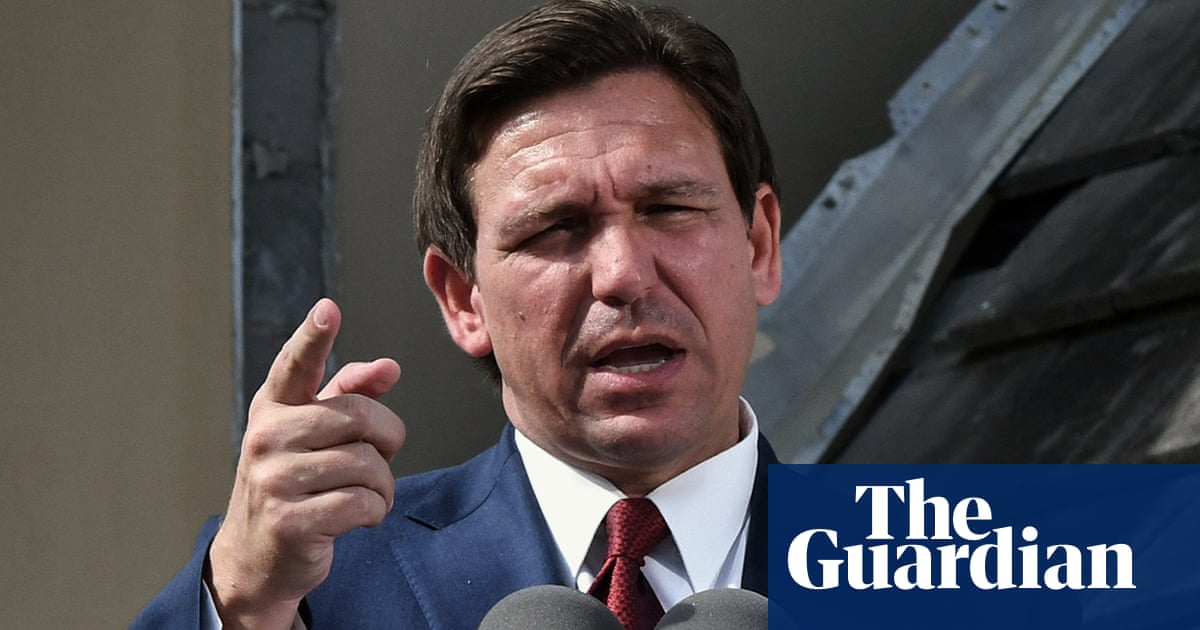 The rightwing Republican governor of Florida, Ron DeSantis, wants to end the constitutional requirement that juries in his state are unanimous when handing down death sentences.

“Fine, have a super-majority,” DeSantis told the Florida Sheriffs Association on Monday. “But you can’t just say one person votes no.”

“Maybe eight out of 12 or something,” he added.

Florida has required jury unanimity in capital cases since 2017, a change made after the US supreme court rendered unconstitutional the state system of allowing a simple majority of a jury to recommend death and a judge then deciding whether to impose it.

Inmates sentenced to death in Florida are allowed to choose electrocution or lethal injection. According to the Death Penalty Information Center, 30 prisoners have been exonerated while on death row in Florida – more than in any other US state.

DeSantis won re-election in a landslide last year. Emerging as a leading face of the national hard Republican right, he has not declared a run for the party’s presidential nomination in 2024 but remains the only serious challenger to Donald Trump, the only confirmed candidate, in polling regarding the race.

Trump is also an enthusiastic advocate of state killing, his administration having hurried through 13 federal executions at the end of his time in the White House.

On Monday, DeSantis focused his anger on the recent trial of Nikolas Cruz, who killed 17 people at a high school in Parkland, Florida, in February 2018 but was spared the death penalty after three jurors opposed it.

DeSantis said: “If you will never administer the punishment you just can’t be on the jury. Our law authorises it. But you’re in a situation where you have 12 jurors and just one juror vetoes it, then you end up not getting the sentence.”

Referring to Parkland, DeSantis said, wrongly: “And so I think you had an 11 to one decision, where the 11 said he should get capital punishment. One said no. And we don’t know what went into that. But I do think there are people who get on these juries who never intend to administer capital punishment.”

Cruz was sentenced to life without parole.

DeSantis said: “There was court decisions, all this other stuff. Bottom line is that probably can be changed by statute.”

In 2016, the US supreme court that said Florida’s death penalty statute violated the sixth amendment was made up of five conservatives and four liberals. It voted 8-1 against Florida, only Samuel Alito dissenting.

Alito is now one of six conservatives on a hardline court that has shown a marked tendency to rule in favor of death penalty proponents.

Bernard Harcourt, a law professor at Columbia University, recently told the Guardian: “It’s incredible what has become of the court. It’s almost as if the conservative justices have become the nation’s executioners.”