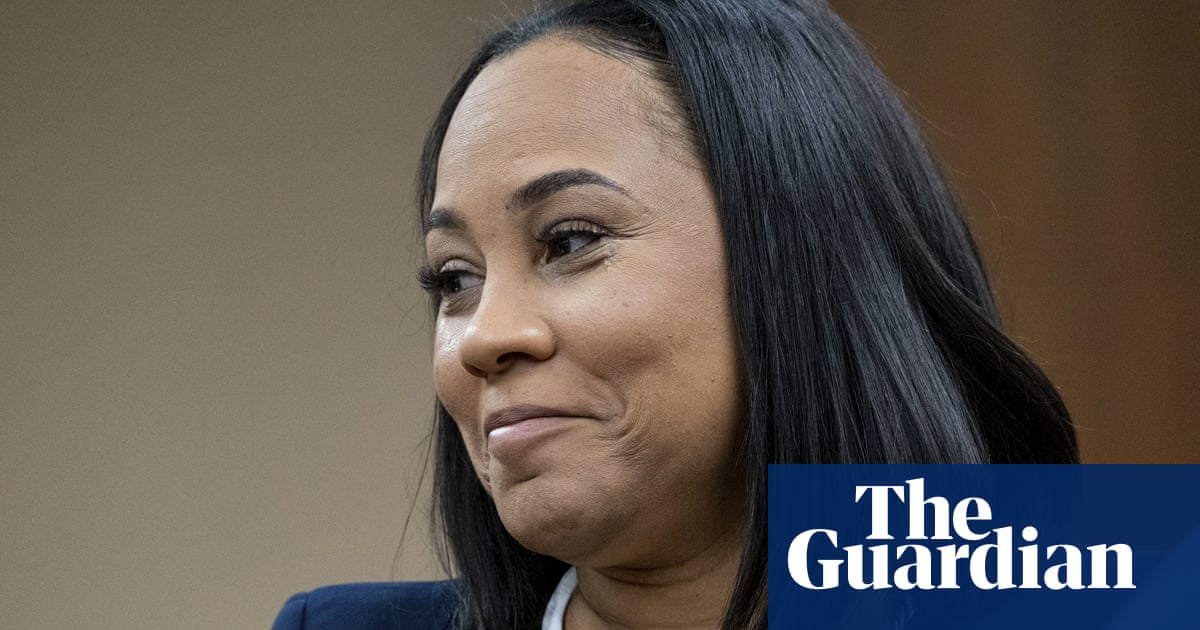 An Atlanta prosecutor appears ready to use the same Georgia statute to prosecute Donald Trump that she used last year to charge dozens of gang members and well-known rappers who allegedly conspired to commit violent crime.

Fani Willis was elected Fulton county district attorney just days before the conclusion of the 2020 presidential election. But as she celebrated her promotion, Trump and his allies set in motion a flurry of unfounded claims of voter fraud in Georgia, the state long hailed as a Republican stronghold for local and national elections.

Willis assumed office on 1 January 2021, becoming the first Black woman in the position. The next day, according to reports, Trump called rad Raffensperger, the Georgia secretary of state, urging him to “find” the nearly 12,000 votes he needed to secure a victory and overturn the election results.

The following month, Willis launched an investigation into Trump’s interference in the state’s general election. Now, in a hearing on Tuesday, the special purpose grand jury and the presiding judge will decide whether to release to the public the final report and findings of the grand jury that was seated to investigate Trump and his allies.

Willis, who has not shied away from high-profile cases, has made headlines for her aggressive style of prosecution. Willis was a lead prosecutor in the 2013 prosecution of educators in Atlanta accused of inflating students’ scores on standardized tests. More recently, Willis brought a case against a supposed Georgia gang known as YSL, including charges against rappers Yung Thug and Gunna.

Though the cases of teachers forging test scores and the alleged crimes of a local gang may, on their face, seem to have nothing to do with the alleged election interference of a former president, Willis is alleging that all of these cases illustrate a pattern of organized crime.

The first two cases fall under Georgia’s Racketeer Influenced and Corrupt Organizations Act, or RICO Act. Though no official charges have been brought in the Trump investigation, experts believe that RICO charges are a very real possibility for the former president.

“Among the things that are considered racketeering activity in the state of Georgia is knowingly and willfully making a false, fictitious or fraudulent statement or representation in any matter within the jurisdiction of any department or agency of state government,” said Clark D Cunningham, a professor of law at Georgia State University. “If you do that, you’ve committed a racketeering activity. If you attempt to do that, if you solicit someone else to do it or you coerce someone else to do it – it’s all considered racketeering under Georgia law.”

Georgia’s RICO Act, which dates back to 1980, can be used more broadly than the more strict federal RICO statute, Cunningham said. Prosecutors can bring charges under many different state and federal laws to allege a pattern of misconduct, and convictions carry a penalty of up to 20 years in prison.

In a recent interview with the Washington Post, Willis praised the utility of Georgia’s law.

“I have right now more RICO indictments in the last 18 months, 20 months, than were probably done in the last 10 years out of this office,” she said.

Willis’ office declined the Guardian’s request for an interview, saying she would not speak to the media in the days before the 24 January hearing. While the tools she would use if she chose to prosecute Trump are still unknown, she has reportedly said she is considering using the state’s RICO law.

In 2021, she hired RICO expert ​​John Floyd to serve as a special assistant district attorney to work with lawyers in her office on any cases involving racketeering.

According to Cunningham, Willis’ use of the RICO Act to prosecute Trump would be a “stroke of genius”. She is not only well-versed in what it takes to get results through the state’s vast RICO Act, but as a prosecutor and now district attorney, Willis “cut her teeth” on major, politically divisive cases using the statute.

“She’s received criticism that she’s prosecuting cases that are too ambitious or that there’s too much of a conspiracy alleged, but she’s shown in these cases that she’s able to use RICO to prosecute all the way to the top,” Cunningham said.

As he explains, RICO was initially established as a way to prosecute gang and organized crime activity when leaders at the top of organizations typically did not directly commit crimes themselves but instead had others of “lower ranking” do it.

“There appear to be clear criminal activities, and [no matter] whether or not the person at the top, in this case, Trump, was directly involved in each activity or not, if he participated in what is shown to be a racketeering organization, which “Stop the Steal” might be, and conspired with others, participated directly or indirectly, he can be shown to have violated the RICO law,” he said.

A key element of prosecution under Georgia’s RICO Act is the need to illustrate a pattern. According to an analysis from the Brookings Institution, Trump’s repeated calls to election officials, targeted written correspondence, false allegations and supposed coordinated attempts to provide fraudulent electoral certificates constitute a pattern of misconduct.

“The statute recognizes that if violations of individual criminal statutes by a single person are bad, an enterprise that repeatedly violates the law is worse and should be subject to additional sanction,” the analysis states.

Members of the special grand jury were able to issue public subpoenas of pivotal players in the alleged conspiracy, the only public element of the investigation so far. Some of those subpoenaed would otherwise likely be uncooperative and offer limited insight. Those subpoenaed include Trump’s former attorney Rudy Giuliani, South Carolina Senator Lindsey Graham, and Georgia governor Brian Kemp.

Most of those subpoenaed in the case have provided significant pushback. They have cited partisan political motivation as a driving force of the case, rather than an unbiased application of the law.

Though Kemp vehemently denies widespread election fraud during the 2020 election and went toe to toe with Trump to confirm the state’s election results, he has not been cooperative in the inquiry. In one of Kemp’s attorney’s filings in response to his subpoena, he accused Willis’ probe of being politically motivated, hinting at a partisan bias. “Unfortunately, what began as an investigation into election interference has itself devolved into its own mechanism of election interference,” he said.

While the special grand jury proceedings are confidential, there is speculation as to how Willis will proceed following Tuesday’s hearing, Cunningham said. But given her history of using the RICO Act, he said it’s likely she will string together “all kinds of different events over the span of a number of months, which by themselves might seem innocent or not seem worthy of prosecution”, to create a “convincing narrative that this was a conspiracy to ultimately undermine American democracy”.