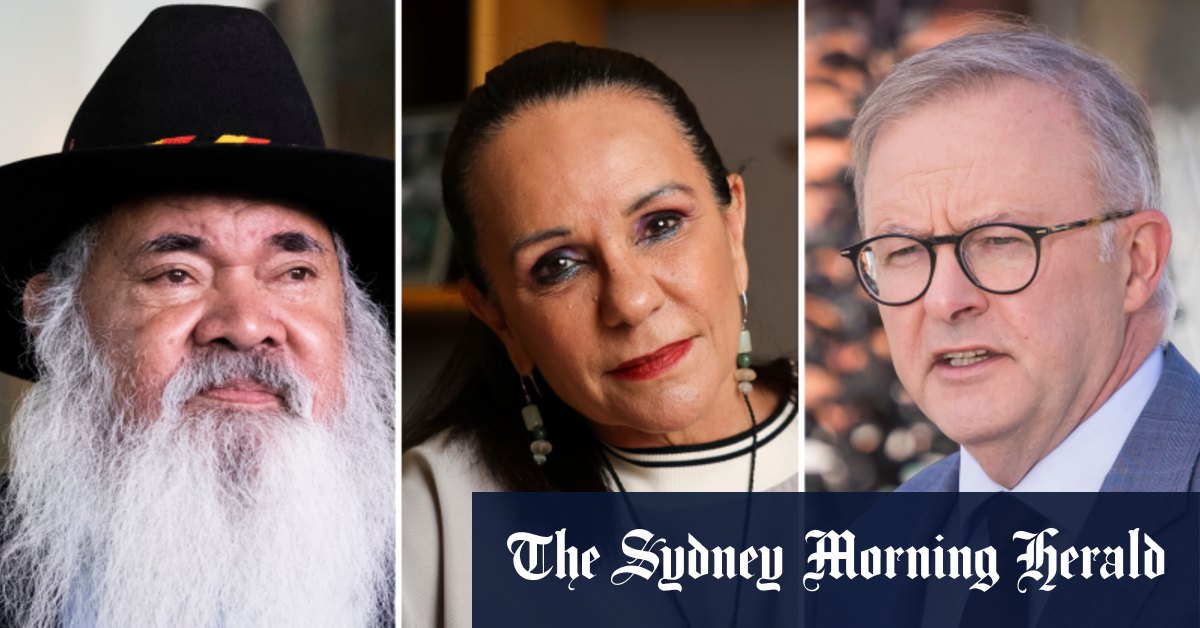 Minister for Indigenous Australians Linda Burney and high-profile Aboriginal senator Pat Dodson will join Prime Minister Anthony Albanese in Alice Springs on Tuesday following calls from local community leaders and the federal opposition for him to visit the crime-plagued town.

Government sources confirmed Burney, a leading campaigner for the Indigenous Voice to parliament, and Dodson, dubbed the “father of reconciliation” for his lifelong activism, would be with Albanese.

According to NT police statistics, property damage in Alice Springs rose 60 per cent in the year to November 2022, assault rose by 43 per cent, domestic violence-related assault rose by 53 per cent, and commercial break-ins by 55 per cent.

The Coalition is calling for the reinstatement of alcohol restrictions on some communities that ended in July, while NT Labor MP Marion Scrymgour has said Alice Springs has more urgent needs than a Voice to parliament.

NT Police Commissioner Jamie Chalker told ABC’s a reduction of Australian government employees in the territory meant “those key decision makers based in Canberra are potentially not getting the full line of sight of all of the social challenges that we face”.

However, he said a federal intervention was too crude a response and police could not arrest their way out of the problem. The significant increase in alcohol-related harm in Alice Springs needed to be addressed through dialogue with every community, he said.

“I understand that the prime minister is travelling there. I know the chief minister is heading down there this morning as well. I think it’s a positive that both are going down there to see what is occurring on the ground and doing a lot of listening,” he said.

Albanese has been in Canberra for a cabinet meeting. This will be his first visit to Alice Springs as prime minister.

“There are real problems there and I think it’s going to take partnership with the Northern Territory and the federal government to help – and the community, listening to the community to help fix it. But no one underestimates the problem,” he said.

Opposition Leader Peter Dutton told Nine he was shocked when he visited the town in October.

“I said to the PM we would support whatever measure the government would take, whether it needed legislation, additional resources, additional money going into the Northern Territory,” he said.

“It was clear speaking with Indigenous elders and women on the ground and business owners this issue was completely beyond the capacity and resources of the Northern Territory government.”

Scrymgour told Melbourne radio station 3AW on Monday that long-term locals had never seen the situation as bad as it currently is, warning someone was going to be seriously hurt or killed.

She added that constitutional recognition was far from the minds of Alice Springs community members, and while she supported the Voice “we can’t have these conversations if there’s all these issues that are impacting on communities like Alice Springs”.