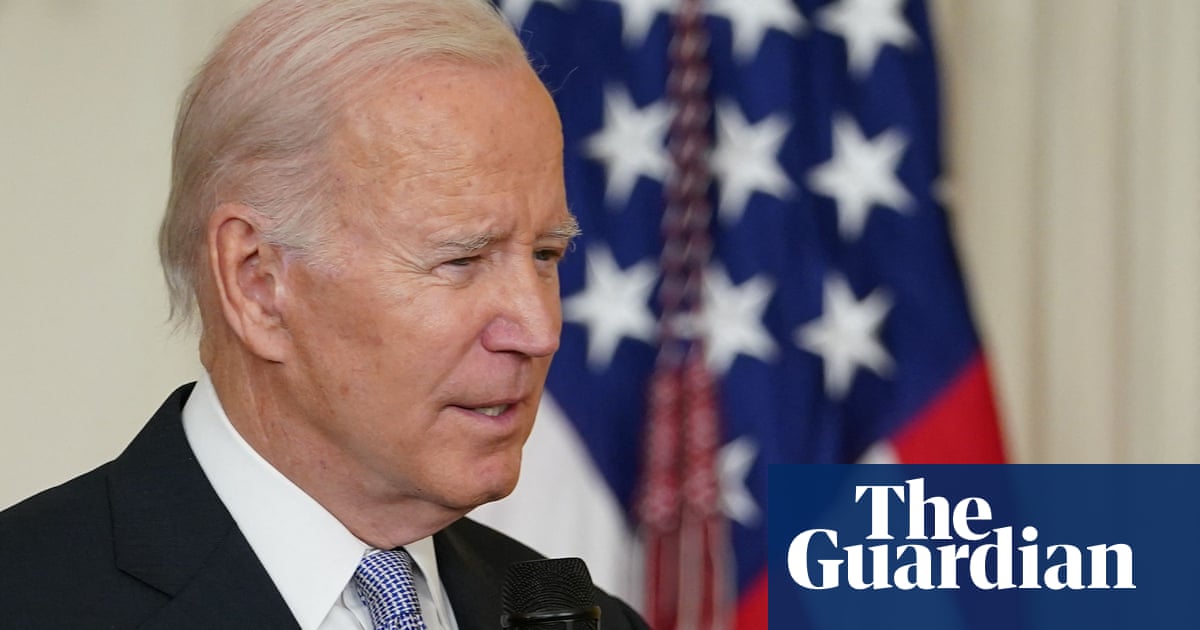 Joe Biden once again called on Congress to pass a bill banning assault weapons, following a string of recent mass shootings in California that in total killed at least 18 people.

“For the second time in recent days, California communities are mourning the loss of loved ones in a senseless act of gun violence,” the president said in a statement released on Tuesday.

In response to the tragedies, one of California’s senators, Dianne Feinstein, a Democrat, has reintroduced a federal assault weapons ban and a bill raising the minimum purchase age for assault weapons to 21.

“Even as we await further details on these shootings, we know the scourge of gun violence across America requires stronger action,” Biden said in his statement.

“I once again urge both chambers of Congress to act quickly and deliver this Assault Weapons Ban to my desk, and take action to keep American communities, schools, workplaces, and homes safe.”

Assault-style rifles have often been used in mass shootings across the US, although it’s unclear whether the ban endorsed by Biden would have prevented the most recent attacks in California.

Authorities have said the Monterey Park killer was able to wield a 9mm semi-automatic assault weapon of the type that is strictly banned in California.

An assault weapons ban also faces little chance of passage in Congress. Republicans now control the House of Representatives, and the party has shown little appetite for the issue of reducing gun violence. Even in the Senate, where Democrats have a majority, Republicans have previously been able to use the filibuster rule to prevent gun regulations from advancing.

House Democrats passed an assault weapons ban last year, when they still controlled the lower chamber. But the bill stalled in the Senate and never made it to Biden’s desk.

When Biden signed the law last June, he acknowledged that much more must be done to address gun violence. The most recent mass shootings demonstrate how much work remains and underscore the need for an assault weapons ban, the president argued.

“The majority of the American people agree with this commonsense action,” Biden said on Monday. “There can be no greater responsibility than to do all we can to ensure the safety of our children, our communities and our nation.”