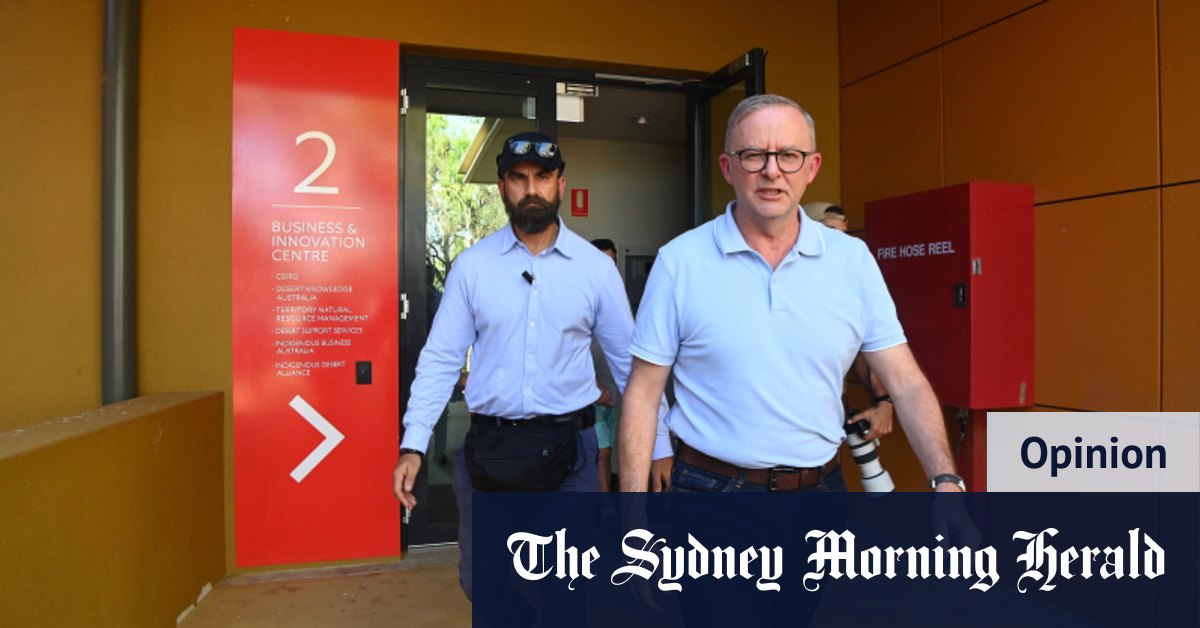 Now, almost seven months on, Albanese is yet to decide what to do.

The prime minister made the right call with his urgent visit to Alice Springs on Tuesday, but he and his government have been too slow to respond to a surge in violence that is clearly linked to the flow of alcohol into the town.

His answer on Tuesday night was to ask for a report by February 1 on new rules on alcohol sales. In other words, he needed more time.

The Central Australian Aboriginal Congress saw the problem coming when it told Indigenous Australians Minister Linda Burney about the violence in a letter on June 9. Backed by eight other groups, congress chief Donna Ah Chee warned of an unrelenting spate of violence.

“There is no doubt that many of the offenders are from families where adults have alcohol problems,” she wrote. “To permit more access to alcohol will undoubtedly add fuel to this fire.”

The congress wanted the federal government to extend alcohol bans that had been in place for a decade for another two years. What it got instead was a Senate inquiry that is still looking into the problem. In the meantime, assaults surged.

This is not a challenge for Albanese alone when primary responsibility lies with the Northern Territory government, which saw the alcohol bans as discriminatory.

And the incoming government inherited decisions made by the Coalition during nine years in power. Opposition Leader Peter Dutton is now talking every day about the threat of violence in Alice Springs but he was a member of federal cabinet when the previous government accepted the end of the alcohol bans.

The controls on alcohol were enforced by a federal law, called Stronger Futures in the Northern Territory, imposed by the Gillard government in 2012 with a sunset clause on many of the measures. All sides knew the bans were due to be phased out on June 30 last year.

The congress is not alone in wanting an extension of the bans. The peak group for drug and alcohol agencies in the territory, AADANT, also wants restrictions on alcohol sales. So does the People’s Alcohol Action Coalition. We know this because they have told the Senate inquiry that is examining public safety in the territory, which was meant to report last December but is now due to deliver its findings in March.

The political spin around Alice Springs is obvious. Dutton emphasises the need for practical action on alcohol and violence while he chips away at the proposal for an Indigenous Voice to parliament. This pursues a false choice between practical and symbolic action. In fact, the Voice could be a practical change to give First Australians more say in policy and could be pursued in tandem with action on community safety.

NT Chief Minister Natasha Fyles and her government bear most of the blame for what is happening in Alice Springs today. Belatedly, and only after the prime minister chose to visit, Fyles outlined some changes to alcohol sales on Tuesday night.

But the bigger answer has to wait until February 1. Albanese shares the responsibility on this because the bans were enforced by federal law. He has avoided pulling rank on Fyles for seven months but now, finally, he will have to do so.