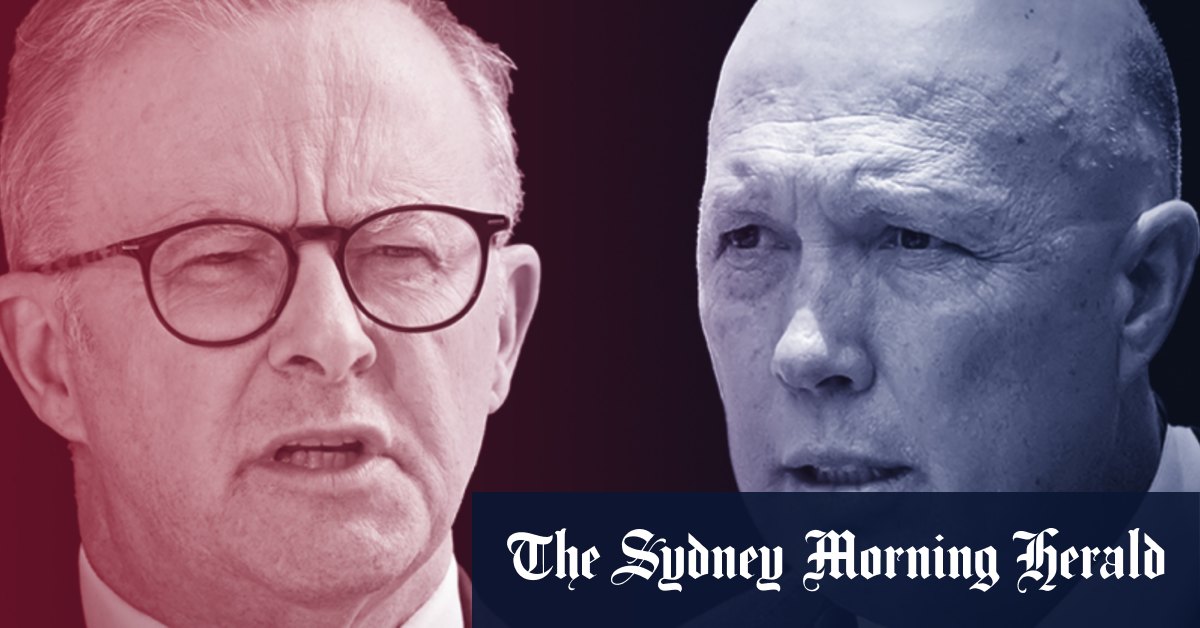 Voters have backed the federal government on more than a dozen key policies ranging from economic management to jobs and wages while giving Labor a convincing lead of 42 to 29 per cent over the Coalition on core political support.

An exclusive survey shows voters regard Prime Minister Anthony Albanese and Labor as the best side of politics to manage every major policy issue except for national security and defence, where Opposition Leader Peter Dutton and the Coalition hold a narrow lead of a single percentage point.

Albanese has kept his edge over Dutton as preferred prime minister, leading by 55 to 20 per cent, in a series of results that confirm the government’s strong position after debate over the summer on issues such as the cost of living, relations with China and the Indigenous Voice.

Asked to rate the two main leaders, voters trimmed the prime minister’s net performance rating from 36 to 35 percentage points over the past month while they marked down the opposition leader more heavily, cutting his net rating from minus 14 to minus 17 percentage points.

The survey, conducted by Resolve Strategic for this masthead, found the Labor primary vote unchanged at 42 per cent when compared to the last survey in early December, while the Coalition primary vote slipped from 30 to 29 per cent.

The Resolve Political Monitor surveyed 1606 eligible voters from Tuesday to Sunday, a period of heavy media coverage of the federal debate on the Voice, and produced results with a margin of error of 2.4 percentage points. The only major shift outside the margin of error was the fall in Dutton’s net performance rating.

“The stasis we’re seeing in this first poll of the year likely reflects many Australians going into political hibernation over the holiday period,” Resolve director Jim Reed said.

“The positive public mood jumped in our December track as the year ended and respondents were telling us that they were glad to be downing tools and switching off after a year of COVID, floods, war and cost of living pressures.”

Asked to name the party and leader they thought best to manage major policies, voters chose Labor and Albanese on 16 policies and preferred the Coalition and Dutton on national security and defence by a single percentage point, a result within the margin of error.

Labor and Albanese held a narrow lead on national security and defence in the Resolve Political Monitor in August, the first survey conducted after the May election, but lost the lead in subsequent surveys. The latest poll showed 33 per cent of voters backed Labor and Albanese on the issue while 34 per cent backed the Coalition and Dutton and 26 per cent were undecided.

On foreign affairs and trade, however, 45 per cent preferred Labor and Albanese while 24 per cent named the Coalition and Dutton and 24 per cent were undecided.

On economic management, 37 per cent of respondents preferred Labor and Albanese while 29 per cent named the Coalition and Dutton and 26 per cent were undecided.

On managing the COVID-19 situation, 36 per cent named Labor and Albanese as the best to handle the issue while 21 per cent backed the Coalition and Dutton, with 33 per cent undecided.

The government also held a double-digit lead on key measures of political performance when voters were asked which party and leader were communicating well, listening, offering strong leadership and had a vision for the country.

Asked which side was honest and trustworthy, for instance, 35 per cent named Labor and Albanese while 13 per cent named the Coalition and Dutton and 39 per cent were undecided.

Former prime minister Scott Morrison held a narrow lead over Albanese before the election last May when voters were asked about their preferred prime minister, but the results changed dramatically after the election when Albanese took power and Dutton was elected to the Liberal Party leadership.

While 36 per cent of voters named Albanese as their preferred prime minister in the Resolve survey immediately before the May election, that jumped to 55 per cent in the August survey and had remained around that level ever since.