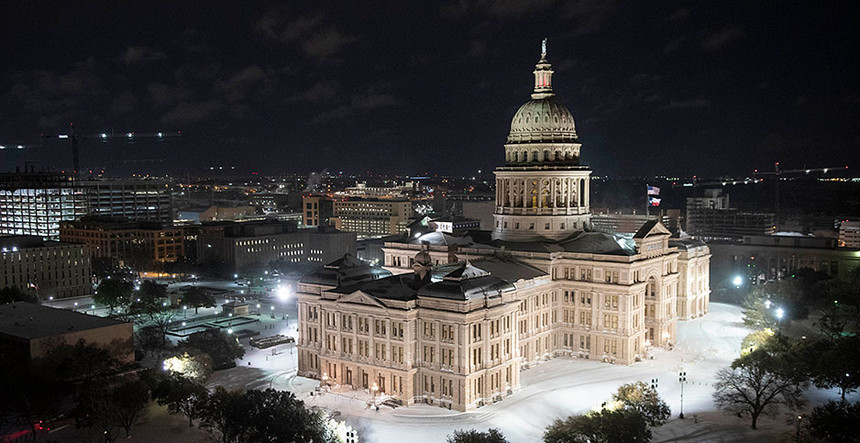 Presented by Natural Allies for a Clean Energy Future

Texas’ grid is at a crossroads.

Despite a statewide boom in wind and solar energy and a windfall of federal dollars to support battery storage technology, Texas regulators are moving forward with an untested plan that could add more natural gas to its power grid, writes POLITICO’s E&E News reporter Jason Plautz.

The push comes as the nation’s top energy-producing state struggles to shore up its grid after a deep freeze in 2021 led to rolling power outages and the deaths of more than 200 people.

A storm near the end of last year also saw some renewable and natural gas resources go offline, though the lights stayed on thanks to some reliability improvements.

And the risks are only mounting. Demand for electricity in Texas is rising as the climate crisis threatens to bring more extreme heat and cold, further straining the grid. The fact that Texas’ grid is isolated and does not share energy resources with other states only heightens its vulnerability.

State regulators have proposed a framework that would create a novel system for adding power sources like natural gas, nuclear or battery storage to the grid during times when demand is high and planned supply is running out.

It would require electricity companies to buy credits from power generators for the hours every year that demand exceeds supply. That would offer generators additional revenue to invest in energy sources that could be tapped in any kind of weather, including new or existing fossil fuel power plants.

Skeptics fear that the plan could raise prices for consumers without guaranteeing reliable power during a crisis. Plus, the mechanism has never been used before, which has some analysts worried and other critics downright irate.

“It’s unacceptable,” Republican state Sen. Charles Schwertner said on Twitter. He called the market redesign “a costly and complex proposal that is unlikely to deliver the dispatchable generation resources that Texas needs.”

The market analysts who initially proposed the new mechanism said that wind and solar would continue to grow under the plan, making up 50 percent of Texas’ power supply by 2026. But some environmental groups contend that the proposal offers a cash cow for long-standing fossil fuel producers that won’t actually fortify the grid.

The plan is nowhere near final. It still requires approval from the state House and Senate, where — if Schwertner’s tweet is any indication — the reception may be frosty.

It’s Monday — thank you for tuning in to POLITICO’s Power Switch. I’m your host, Arianna Skibell. Power Switch is brought to you by the journalists behind E&E News and POLITICO Energy. Send your tips, comments, questions to [email protected]

Let’s get to work on reaching climate goals faster. With the power of clean natural gas, we can power our future reliably and affordably. Let’s change the future today, together. Learn how natural gas partnered with renewables is accelerating our clean energy future at www.naturalalliesforcleanenergy.org.

They didn’t vote for it, they don’t like it and they’re working to undermine it — but Republicans are reaping the benefits of Democrats’ climate law, write Kelsey Tamborrino and Josh Siegel.

In the five months since the Inflation Reduction Act became law, companies have announced tens of billions of dollars in renewable energy, battery and electric vehicle projects that will benefit from incentives in President Joe Biden’s signature law.

Roughly two-thirds of the major projects are in districts whose Republican lawmakers opposed the Inflation Reduction Act — prompting a tricky balancing act for GOP messaging. 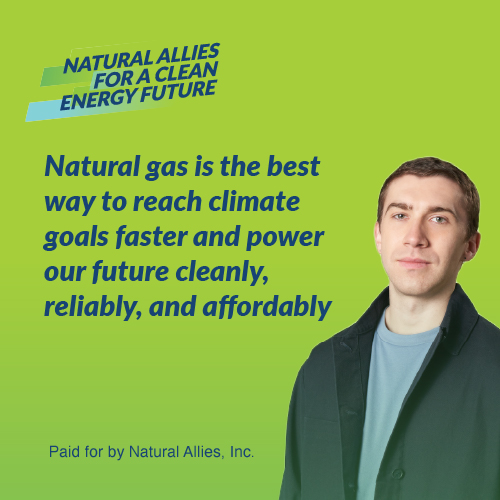 Those come as the program’s organizers seem to disagree about whether it is, in fact, a carbon offsets program.

Issues such as climate change and low-income nutrition programs are likely targets for the party’s most conservative members, and the Pennsylvania Republican has little room to maneuver with a thin majority.

Oil concerns spill over COP
The U.N. has sent a series of inquiries about the United Arab Emirates’ decision to appoint the head of a state-owned oil company to lead global climate talks set to take place in Dubai this year, write Federica Di Sario, Gian Volpicelli and Karl Mathiesen.

The secretariat of the United Nations Framework Convention on Climate Change is inquiring about whether the presidency will be independent of the oil company.

Exxon knew: The oil major’s predictions about the climate crisis may have increased its legal peril.

Post-Trump: Despite an injection of funding, a “traumatized” Environmental Protection Agency has still not recovered from the exodus of scientists and policy experts under former President Donald Trump.

In the weeds: An unexpected barrier is preventing American small towns from accessing federal climate funds.

A showcase of some of our best subscriber content.

Here are the three Republicans who could take Sen. Joe Manchin’s seat as the political leanings of West Virginia shift to the GOP’s favor.

That’s it for today, folks! Thanks for reading.

LISTEN TO POLITICO’S ENERGY PODCAST: Check out our daily five-minute brief on the latest energy and environmental politics and policy news. Don’t miss out on the must-know stories, candid insights, and analysis from POLITICO’s energy team. Listen today.

Everyone is focused on the next generation, and it’s time to get real about climate change.

Let’s get to work and cut emissions now by investing in clean natural gas infrastructure. Natural gas is the best way to reach climate goals faster and power our future reliably and affordably. Natural gas, partnered with renewables, will power our world today — while laying the groundwork for tomorrow. Learn how natural gas is accelerating our clean energy future at www.naturalalliesforcleanenergy.org.