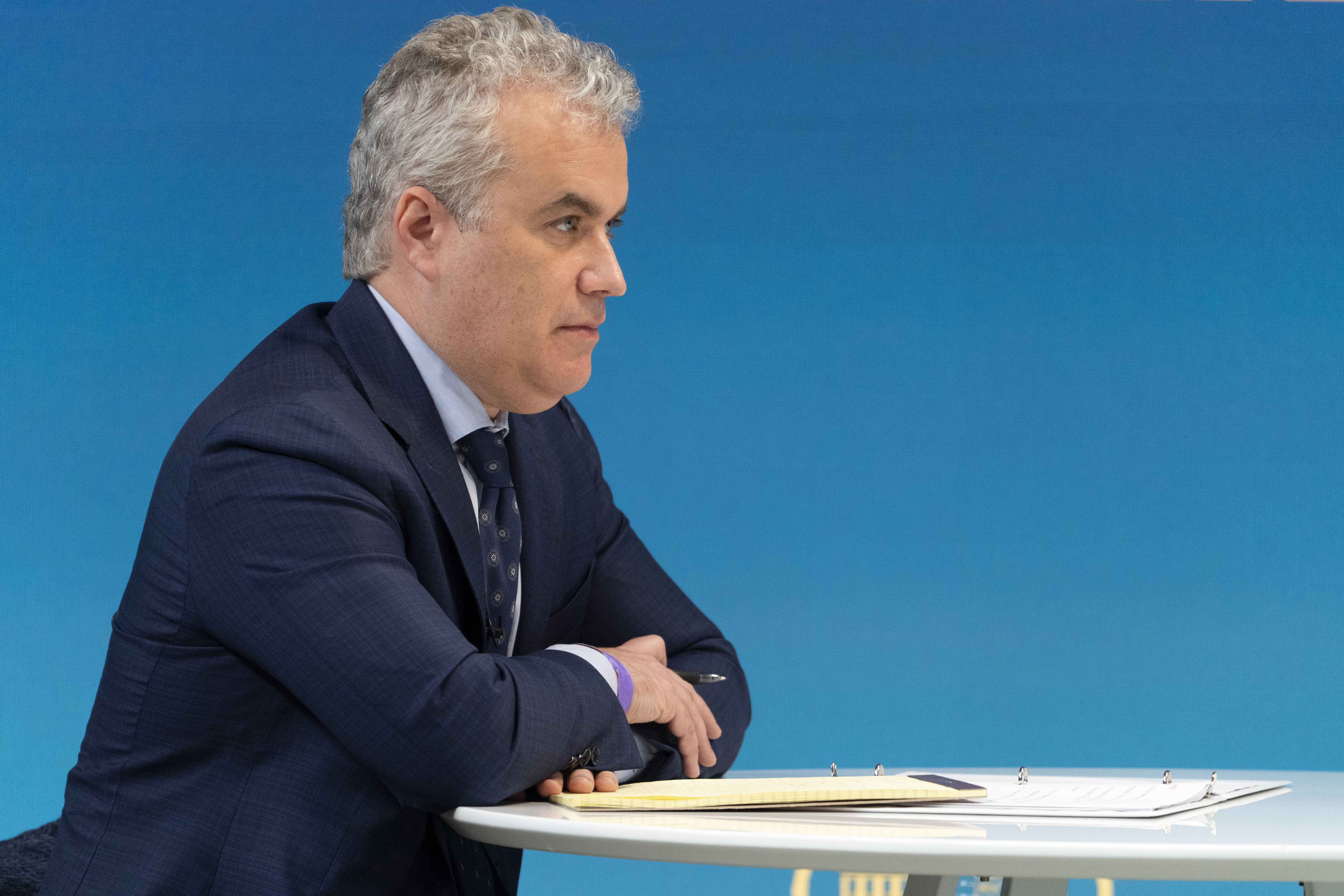 When Joe Biden won the presidency, he promised that his first priority would be to end the Covid crisis responsible at the time for more than 3,000 deaths a day.

He then turned to Jeff Zients to make that pledge come true.

A longtime corporate executive, Zients had no public health experience and little in the way of expertise in fighting pandemics. But during more than a year as the White House’s Covid response czar, he led a sweeping governmental effort to rein in the virus, spearheaded a complex national campaign to vaccinate the vast majority of the nation, and ultimately charted a path for the nation out of a once-in-a-century health emergency.

It set Zients, who won internal praise for his managerial prowess, on course for his next high-profile job as Biden’s newest chief of staff.

As Biden’s top aide, Zients will now be expected to bring his logistical and organizational expertise to a West Wing facing another inflection point. As the president prepares for a likely reelection bid, he is also under intensifying scrutiny over his handling of classified documents. Republicans in control of the House are vowing a series of investigations, while the administration is trying to navigate an increasingly delicate set of economic dilemmas.

Zients’ appointment is also likely to magnify yet another inconvenient reality: That despite his extensive work to get Covid under control, the virus continues to spread and kill thousands of Americans each week.

His critics contend that the Covid team under his leadership did too little to limit the virus’ spread, prioritizing economic concerns like quickly reopening businesses ahead of the public health steps needed to give the U.S. a shot at eradicating the disease.

“Obviously, it’s pretty disappointing,” Jeff Hauser, director of the Revolving Door Project and a chief critic of Zients’ past as an investor in various health care corporations, said of his selection as chief of staff.

Jeff Zients to be Biden’s next chief of staff

Detractors also charge that Zients allowed the administration to grow overconfident and complacent at critical junctures, allowing Covid to bounce back and deepening Americans’ distrust of the federal response.

But Zients also has plenty of supporters, public and private, who stress that he is a uniquely talented internal operator capable of solving the government’s toughest challenges, even if he lacks the lengthy political experience. They point to his leadership of the Covid response as evidence of it.

“Getting the right decision made and getting it made quickly, that was a hallmark,” Andy Slavitt, a former senior adviser for Biden’s Covid response, said in his praise of Zients’ communication and execution skills. “It’s the unsexy stuff, but he thrives at that.”

A former Obama administration official, Zients built a reputation in Democratic circles as the go-to Mr. Fix-It after turning around the HealthCare.gov website following its botched launch in 2013. He would go on to stints running the National Economic Council and Office of Management and Budget, developing a close relationship with Biden in the process.

Biden appointed him to run the Covid response shortly after winning the 2020 election, charging Zients with orchestrating a sprawling response that cut across several federal departments.

Zients led the development of a step-by-step process for tackling the pandemic, producing a nearly 100-page National Covid-19 Preparedness Plan in the administration’s first days.

The Covid team scored a string of initial successes, accelerating the manufacturing of vaccines that had only begun to roll out months earlier and securing enough shots for every American.

The resulting national vaccination campaign represented one of the largest public health mobilizations in decades — an undertaking that eventually hit its goal of vaccinating more than two-thirds of adults by that summer.

The widespread rollout won extensive praise and appeared at the time to put the U.S. on track to stamp out the virus. Instead, it set up Zients and his White House team for a setback that would dent the nation’s confidence in the Covid response.

Shortly after Biden declared the pandemic in retreat at a July Fourth celebration, the Delta variant drove a fresh outbreak of cases — catching Zients’ team off guard and prompting a scramble to reorient a response effort that officials had believed they’d soon be able to wind down.

The outbreak contributed to falling approval ratings for Biden, and ratcheted up partisan opposition to the Covid response that would prove among the biggest obstacles to managing the pandemic threat. And while administration officials praised Zients’ calm management of the response to Delta, the administration took increasing heat from outside health experts over the perception it had no immediate plan to bring the virus back under control. That criticism intensified a few months later, when another Covid wave caught the White House unprepared to manage rising demand for tests.

The resurgence raised a fresh round of questions about Zients’ leadership, and whether he was exercising too much control over decision making that Biden had once vowed repeatedly would be guided by science and the opinions of his public health experts.

But even as he maintained influence, Zients also largely escaped the scrutiny that other top health officials like Anthony Fauci, Biden’s former chief medical adviser, and Centers for Disease Control and Prevention Director Rochelle Walensky received over their roles in the response.

Part of what helped Zients was his leadership style. He remained a low-key presence, rarely appearing on television or making himself the face of major initiatives even as he oversaw nearly every significant decision about the pandemic response. Within the White House, he also cultivated a close relationship with Biden and outgoing chief of staff Ron Klain — while also winning over staff with his ability to deftly manage the levers of government and avert internal conflicts.

By the time Zients announced his departure in March 2022, the virus was on the downswing once again. More importantly, officials said at the time, he had built out the infrastructure for an enduring response reliant on continued access to vaccines, treatments and tests.

That infrastructure is about to be put to the test, as the administration prepares to wind down its emergency response. And as Zients returns to the White House, it’s among the wide array of policy priorities and political imperatives that Biden is entrusting him with once again.