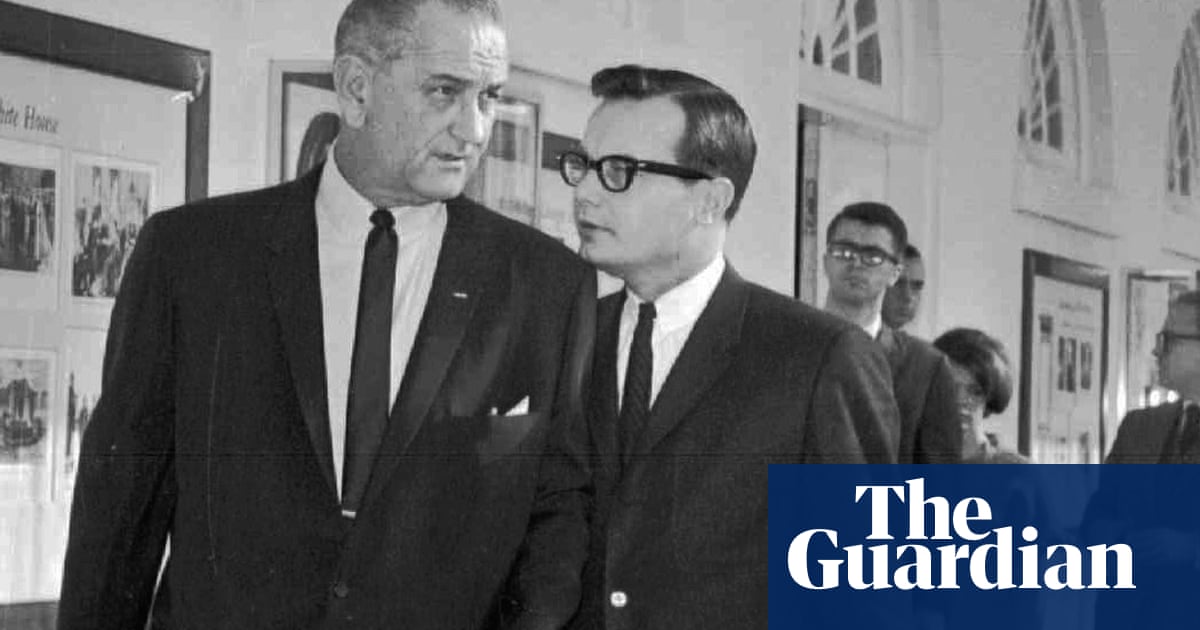 The Civil Rights Act of 1964 was one of the most consequential pieces of legislation in American history, giving protections and rights long denied to Black Americans. Like the Voting Rights Act of 1965 and Medicare for senior citizens, it was a pillar of Lyndon Johnson’s Great Society.

The Civil Rights Act also had a profound effect on the American political landscape, triggering a reshaping that still influences the fortunes of Democrats and Republicans, particularly in the south.

A brilliant political analyst, Johnson foresaw the consequences of his civil rights legislation on the day he signed it into law. He is said to have remarked: “We’ve lost the south for a generation.”

Indeed, the south has become steadily more Republican since then, the victories of Joe Biden and two Democratic senators in Georgia in 2020 and 2022 rare blue successes in a Republican stronghold.

But did Johnson really say it? He didn’t mention it in his memoir – and he died 50 years ago on Sunday, aged just 64. In his absence, historians debate and write.

So the Guardian went to the source: the legendary journalist Bill Moyers. Now 88, he was Johnson’s special assistant when the Civil Rights Act passed.

Moyers responded with a detailed e-mail.

On 2 July 1964, “the president signed the Civil Rights Act around 6.45pm. Before he went into a meeting in his office with some civil rights leaders and [the deputy attorney general] Nick Katzenbach, he pulled me aside and said, sotto voce, ‘Bird [Johnson’s wife] and I are going down to the Ranch. I’d like you to come with us … I practically ran to my office to pack.’”

Moyers made it to the airport in time.

“When I boarded the Jet Star, the president was reading the latest edition of the Washington Post. We took off around around 11pm … I sat down across from him. Lady Bird was in the other seat by him … the papers were celebrating what they described as a great event.

“I said, ‘Quite a day, Mr President.’ As he reached a sheaf of the wire copy he tilted his head slightly back and held the copy up close to him so that he could read it, and said: ‘Well, I think we may have lost the south for your lifetime – and mine.’

“It was lightly said. Not sarcastic. Not even dramatically. It was like a throwaway sidebar.”

To Moyers, “all these years later”, Johnson’s remark seems “maybe … merely a jest, lightly uttered and soon forgotten”. But after Moyers “repeated it publicly just once, it took on a life of its own.

“Unfortunately, various versions appeared: ‘for a generation’, ‘once and for all’. I couldn’t keep up. I finally stopped commenting.”

And so a legend grew.

As Moyers pointed out, in summer 1964, Johnson’s “immediate concern was to carry the south in his own election for president”, against the Republican candidate, Barry Goldwater, a hard-right senator from Arizona.

“He briefly threatened not to go to the Democratic national convention in Atlantic City, because he was very tense and uneasy about the fight over seating the Mississippi delegation, and especially the role of Fannie Lou Hamer.”

Hamer was a legendary civil rights activist, beaten and shot at for registering Black voters in Mississippi. At the convention, she mesmerized a national audience when she testified in an unsuccessful effort to get the new Freedom Democratic Party seated as the official delegation from Mississippi.

“As we all know,” Moyers wrote, “Johnson went on to the convention and lapped his nomination … Now he seemed fully in the game and determined to carry the south.

“He called meetings with his campaign team, over and again. He talked often to our people on the ground, from Louisiana to North Carolina. He made the campaign south of the Mason-Dixon Line his personal battlefield. He wanted to win there. And he did – in five states.”

Johnson won in a landslide. In the south, he took Kentucky, North Carolina, Tennessee, Texas and Virginia.

Moyers remembered that “on election night, as the results rolled in, [Johnson] was elated. His dreaded private vision of losing the south … would have cost [him] the election.

“I think he had doubled down on not handing Republicans the south. That would come with [Richard] Nixon’s southern strategy, four years later. For now, [Johnson] was spared what would have humiliated him.”