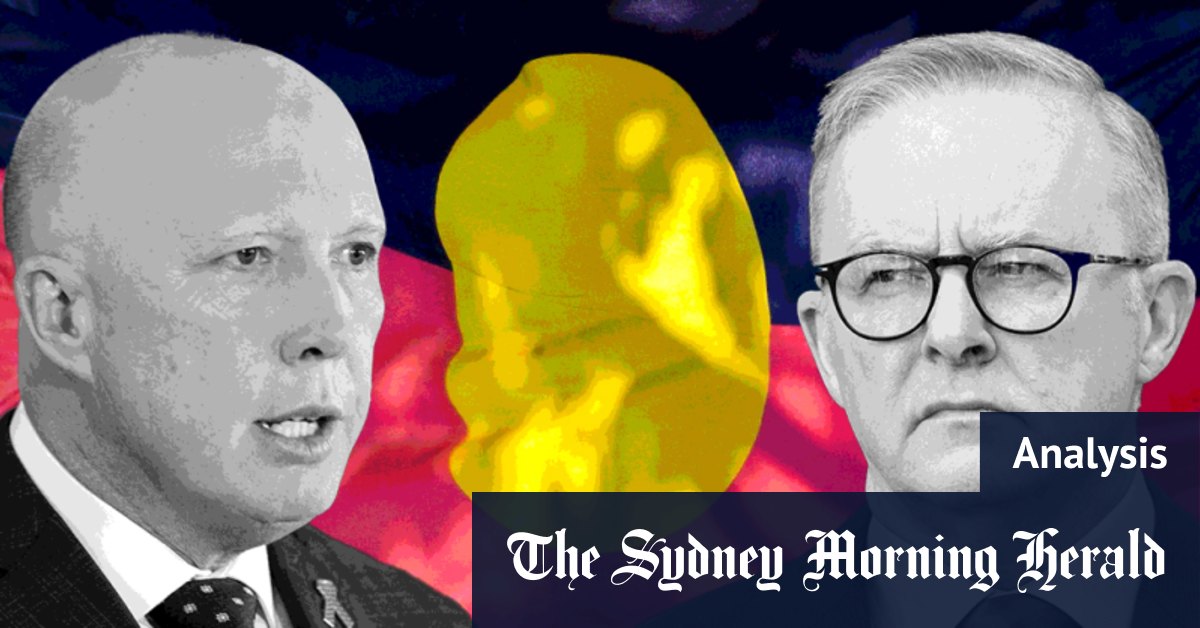 The case for the Voice is being lost in slow motion among a divided group of campaigners who are struggling to convince Australians of their cause.

The latest Resolve Political Monitor should ring alarm bells among those who want this far-reaching change to succeed. They are losing the argument. They have been complacent about the popular support for their side. They have dismissed their opponents at the very time their opponents have gained ground.

Critics of the Voice are chipping away at the proposal with their calls for more detail about how it would work. Opposition Leader Peter Dutton is demanding more detail in a way that gives him a reason to side with the “no” campaign – the default position among the majority in his own party room.

So there should be no pretending that Prime Minister Anthony Albanese can win Dutton to the cause by revealing all the details being demanded.

But the campaign for change is not about persuading Dutton. It is about persuading millions of Australians. And that requires a more compelling answer to keep the voters who already support the Voice and win over those who are unsure about what it is meant to do.

Australians want the Voice to succeed even when they are not sure about how it will work. There is a reservoir of support for the idea of giving First Nations people a more powerful say in national affairs in the hope it can lead to practical gains like closing the gap on Indigenous health and education.

The concern about lawlessness in Alice Springs sets up a test for both sides of the Voice campaign. Critics of the Voice want to focus on law and order as a contrast to a “symbolic” reform, yet the answer should be that the best policy response needs consultation with First Australians – the very thing the Voice is meant to deliver.

Conservatives are telling these undecided voters the Voice goes too far, while some Indigenous leaders are telling them it does not go far enough. The easy option will be simple “no” vote.

The latest survey confirms the danger of assuming popular support.

Resolve director Jim Reed points to this as a very significant finding.

“It’s both a sign of engagement and of a lack of definitive detail among lots of options and ideas,” he says.

This is not like any other policy – like tax reform – because voters will be asked for a simple verdict at a referendum. “This is direct democracy, and it only works if you have a fully informed electorate,” he says.