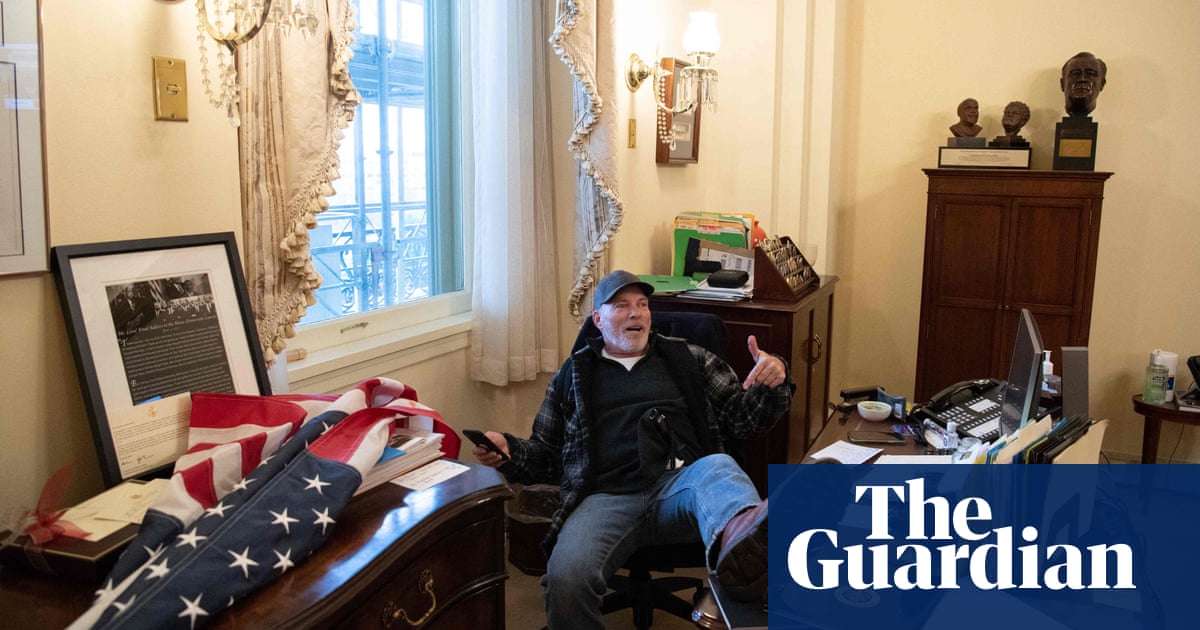 A jury has convicted the man who invaded the US Capitol on 6 January 2021, with a mob of extremist Donald Trump supporters and was pictured with his foot up on a desk in then House speaker Nancy Pelosi’s office.

Richard Barnett, from Gravette, Arkansas, was found guilty on all counts after the jury deliberated for about two hours on Monday, including felony obstruction of an official proceeding, civil disorder and theft of government property after he took an envelope from Pelosi’s desk.

Barnett became infamous after pictures and video circulated of him lounging at a desk in Pelosi’s office during the riots.

He spoke to a New York Times reporter shortly after storming Congress, where thin security was breached as hundreds charged the building following a rally where outgoing president Donald Trump encouraged the crowd to go to the Capitol in an attempt to overturn his election defeat to Joe Biden.

“I didn’t steal it,” Barnett told the reporter. “I put a quarter [25c] on her desk, even though she ain’t fucking worth it, and I left her a note on her desk that says, ‘Nancy, Bigo [his nickname] was here, you bitch.’” He was arrested two days later.

In another case, Jacob Therres, 25, of Fallston, Maryland, pleaded guilty to the felony charge of assaulting, resisting or impeding officers, using a dangerous weapon. He was arrested last November.

Court documents declared that among multiple assaults on law enforcement officers on 6 January 2021, he sprayed chemicals and threw a long, heavy plank at a line of police officers outside the Capitol and the wood struck an officer’s head. Therres will be sentenced on 24 April.