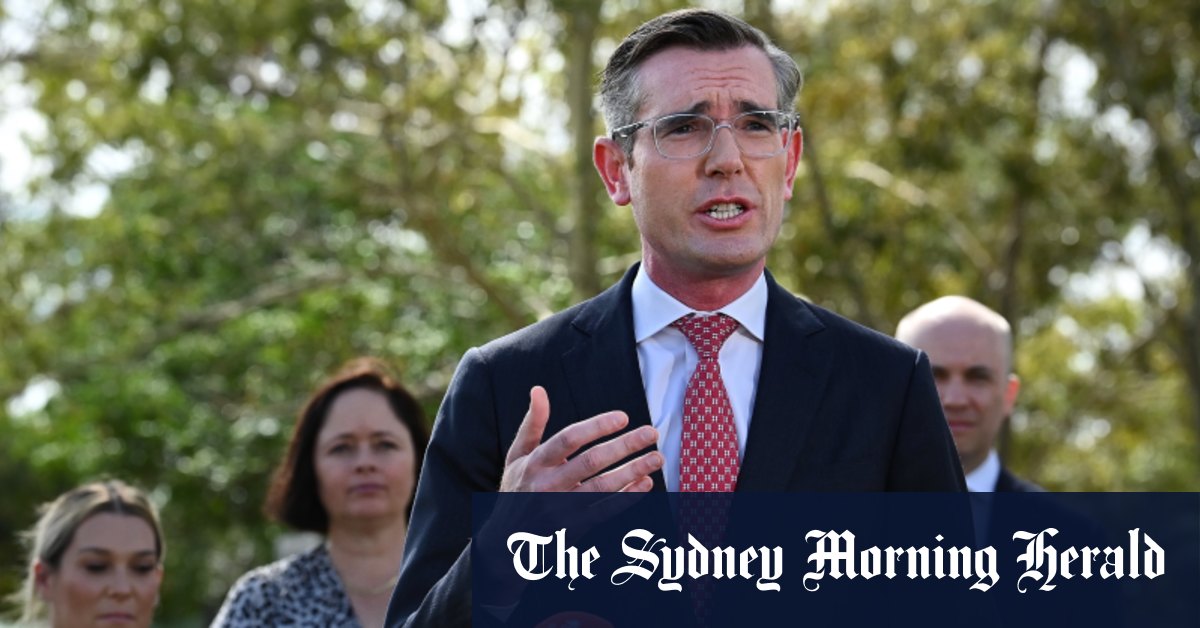 Frontline workers and single parents who have saved just 2 per cent of a deposit for their first home can now enter the property market with the launch of the NSW government’s shared equity scheme.

Teachers, nurses, paramedics and early childcare workers are among essential workers who qualify for the scheme under which the government will contribute up to 40 per cent of the cost of a new home or up to 30 per cent of an existing home.

NSW Premier Dominic Perrottet on Monday said thousands of frontline workers, including midwives and police officers, had lodged expressions of interest in the shared equity program, while 20 people had already received preapproval.

Up to 3000 places will be available each year for two years under the $780 million package. It is among a suite of housing affordability measures the Coalition will take to the March state election, after they were costed in the last state budget.

“We can’t have an Australia that can’t house its children … we want to make sure our key workers from the city to the bush are able to get their keys to their first home,” the premier said.

The scheme is separate to the government’s first home buyers scheme, under which buyers can choose to pay upfront stamp duty or a smaller annual land tax for properties up to $1.5 million.

Treasurer Matt Kean said frontline workers had been singled out by the policy to recognise their service.

“Our key workers are the backbone of our community, and they deserve our help. And we know that single parents or older singles, particularly women, still can find it very hard to find stable homes,” he said.

“This initiative is designed to tackle that issue head on. It requires only a small upfront deposit, no lenders mortgage insurance, and of course, no interest required to be paid on the government share.”

Key workers, singles over 50 and single parents with dependent children are eligible for the scheme. Singles must have a gross maximum income of $90,000, or $120,000 for couples where one or both are key workers, while the maximum value of the property that can be purchased is $950,000.

In the case of a sale, the government gets back 40 per cent of the value of the home at the time of sale.

Penrith paramedic Ben Cox, 22, said the scheme would help him move out of the family home sooner and access his own home to cut down travel time while undertaking shift work.

“The shared equity scheme will aid me in finding a house faster, finding a place to go after a shift, to finish off a rough day and be able to put up my feet in my own place,” he said.

Bendigo Bank will be the initial lending partner; however, other lenders will join the program when it expands later this year.

As the premier met frontline workers in Jamisontown near Penrith on Monday, NSW Labor leader Chris Minns visited the site of the new Western Sydney Airport to announce a $15 million election promise to conduct early planning works for a future hospital.

Minns said Labor was considering the government’s shared equity model, and broadly supported the concept, but said he would like to see it offered to more people than just key workers.

“We know that there’s a bigger scheme, affecting more people at a national level … which we think could really help at scale. The government’s proposal is really about a small number of key workers,” he said.

“If we’re going to implement a policy change, and we do win the election in March, we’re responsible for implementing it. So, I need to make sure that it’s rigorous, and it doesn’t duplicate programs at a national level.”

Minns also called on the government to match Labor’s key housing affordability policy, under which home buyers pay no stamp duty on properties to the value of $800,000, and a reduced rate on properties of up to $1.5 million.

“We’ve got a situation now where 95 per cent of first home buyers in NSW would benefit from a massive tax cut as a result of Labor’s policy.”

Labor has also vowed to introduce a rental commissioner, end secret bidding on rentals and allow pets in rentals under its housing plan.