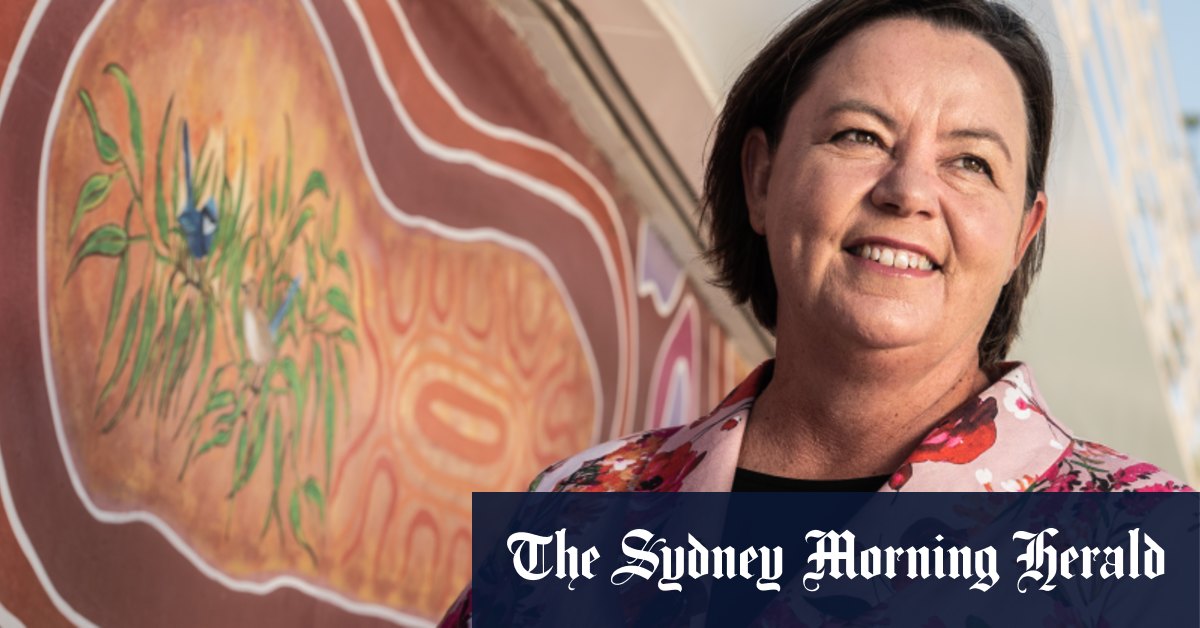 Resources Minister Madeleine King has urged mining and gas companies to get behind the Indigenous Voice to parliament, saying they have a unique responsibility to correct the wrongs of the past.

King said the resources sector had made “extraordinary and devastating mistakes” in their interactions with First Nations people, and had also misled Australians about the Keating government’s landmark native title laws through “really inflammatory, racist” advertisements.

“Given the benefit that the resources sector has gained from this land and the land of the Indigenous people of Australia, the least they could do is get behind having an Indigenous Voice to parliament,” King said in an exclusive interview.

The intervention will heap pressure on mining giants such as Gina Rinehart’s Hancock Prospecting, Andrew Forrest’s Fortescue Metals Group and the nation’s gas and oil lobby to declare their position on the Voice ahead of this year’s referendum.

A handful of resources companies have declared they are for the Voice including BHP, Rio Tinto, Gold Fields and Woodside, while the peak mining body the Minerals Council of Australia says it also supports the constitutional change.

King said mining companies “don’t have a good record with Indigenous relations”, highlighting their actions during the debate over the Native Title Act three decades ago.

King said there were similarities between the arguments against the Voice and the scare campaigns run by mining companies against the Native Title Act.

“There is this kind of Armageddon-type view that the world is going to fall apart if we let some of the most disadvantaged people in this country, that are the first people of this country, have a body that can provide advice to government or parliament,” she said.

“I mean, that is patently ridiculous and a bit obscene to sort of throw that around. This is a principle of making sure Indigenous Australians have a body that will provide advice to the parliament on legislation that affects them. There’s no veto; it’s a Voice. And it’s about bloody time they had a Voice.

“Whilst people can hyperventilate about this and bring on doomsday kind of predictions, I think that’s over the top and ridiculous.”

“And the resources sector needs to get behind that as well – because they know their record.”

Asked whether it supported the Voice, Minerals Council of Australia chief executive Tania Constable said: “The MCA supports a Voice and has a long demonstrated history of listening to Aboriginal and Torres Strait Islander communities.”

A spokesperson for Fortescue said the company “acknowledges and respects the Albanese Government’s commitment to establishing a First Nations Voice”.

“Importantly, this will be a matter for the Australian people to decide at a referendum. We support all initiatives that will improve the lives of Australia’s First Nations people and end the disparity that currently exists between Indigenous and non-Indigenous Australians,” the spokesperson said.

Australian Petroleum Production & Exploration Association chief executive Samantha McCulloch, who represents the large oil and gas companies, said her body was “consulting with its members on this important issue for Australia and will formalise the industry’s position prior to the referendum”.

“Australia’s oil and gas industry acknowledges and recognises Aboriginal and Torres Strait Islanders as the first peoples of Australia,” she said.

The Albanese government has had a fraught relationship with the gas sector since it intervened to install a price cap in a bid to bring down soaring household power costs last month.

Treasurer Jim Chalmers last week warned gas producers their behaviour was being closely watched by the Australian Competition and Consumer Commission after complaints they were withholding new offers to supply retailers with cheaper gas under the emergency caps.

Energy Minister Chris Bowen on Saturday promised the impact of the government’s intervention would start flowing through to Australians by May when the Australian Energy Regulator sets its new default market offer.

“The increases will be less than they otherwise would have been,” Bowen said.

Gas producers have argued the temporary price cap announced last month will deter investment in new projects and could exacerbate the risk of gas supply shortfalls.

King acknowledged that gas companies “aren’t necessarily that happy with the price cap” but said it was a “short-term measure to deal with the international global energy crisis” and was only put in place after the industry failed to self-regulate.

“This is not a pathway we embrace with joy, this is not something we necessarily wanted to do,” she said.

The industry remained locked in talks with government officials over a mandatory code of conduct to come into place when the price caps end, with the government wanting to include a rule that would permanently require producers to sell gas at a “reasonable” price.

King said she was encouraging gas companies to strongly put forward their views because she wanted “a code of conduct that can work beyond the short term”.

Asked whether there was a real risk of international investors from countries such as Japan deciding to invest in gas projects elsewhere in the world because of the price caps, King said: “I’m always very mindful of the need for international investment in this country”.

“Whilst people can hyperventilate about this and bring on doomsday kind of predictions, I think that’s over the top,” she said.

King said the gas industry “has a long-term future” in Australia and around the world as long as it continued to invest in the latest technologies to minimise and capture carbon emissions, as well as invest in carbon offsets.

“The industrial uses for gas are not going to change to anything else in the foreseeable future – one day we hope that hydrogen can get up and become part of that manufacturing process, but that’s not the case yet,” she said.

King also laid out her agenda for the year which included an emphasis on developing Australian critical minerals and rare earths, which would be a major feature of a meeting with state and territory resources ministers in March.

The government is currently reviewing the nation’s critical minerals strategy to work out how to better attract investment to extract and process Australian resources such as lithium.

“What the world needs is what Australia has, and getting it out of the ground and processing it here in an ethical and sustainable manner is what the world wants,” she said.

“I see it as a national mission really to develop our critical minerals in a way that makes it world’s best practice.”

She said she also wanted to hold the resources sector to account for the treatment of women after a series of allegations surfaced over the past year of bullying, sexual harassment and rape.

“One of my ambitions is to hold them to account to make sure women want to work in the resources sector again in the field,” she said.

”It’s sometimes different in management, but out in the field it’s clearly not a desirable place for women to work because they’re not safe – they have proven to not have been safe in the past.”