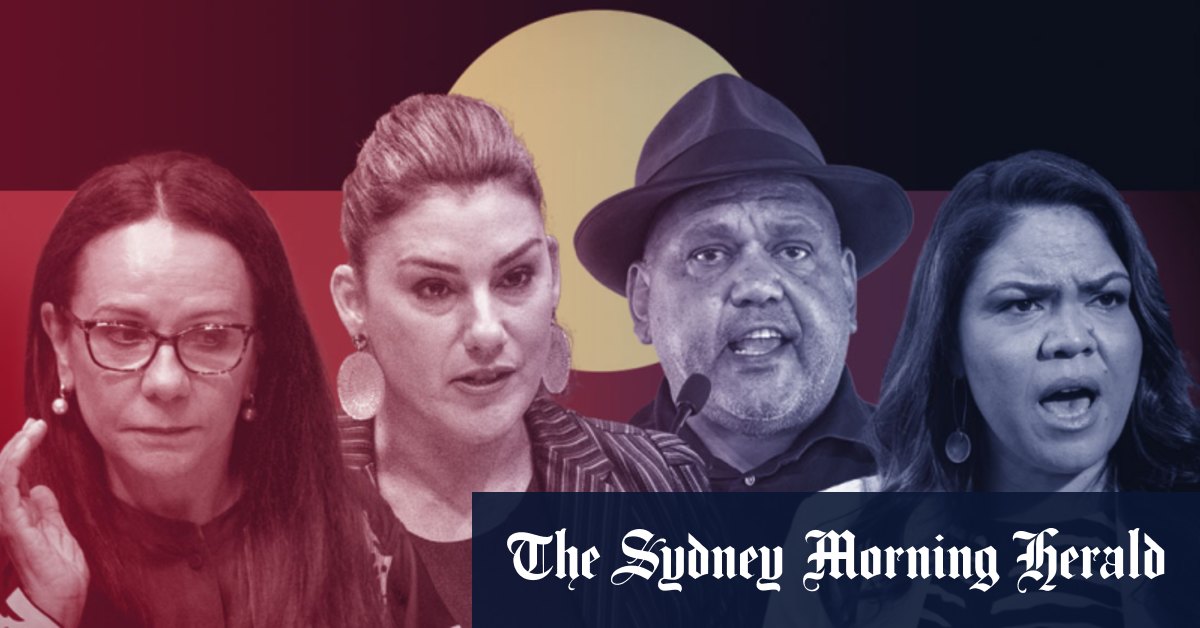 Australians’ support for an Indigenous Voice to parliament has fallen from 53 to 47 per cent after a political row over how it would work, putting the proposal in danger of defeat at a referendum later this year.

Only 13 per cent of voters are confident they understand the plan for constitutional change to give First Nations people a bigger say in national affairs, heightening the debate about whether the government should reveal more details to build popular support.

But an exclusive survey for this masthead shows 60 per cent of voters would back the Voice if forced to answer only “yes” or “no” in a choice akin to a referendum (with no “undecided” option), although this has fallen from 64 per cent over four months.

Indigenous leader Noel Pearson warned on Monday that Australia would lose the chance for reconciliation forever if the Voice were defeated at a popular vote, as concerns about law and order in Alice Springs fuelled the debate over how the reform would help achieve practical change for First Australians.

Opposition Leader Peter Dutton called for more detail about the Voice and urged Prime Minister Anthony Albanese to visit Alice Springs and send more police to bring order to the city, while Albanese argued the Voice would ensure Indigenous people were consulted on policies such as education, health and housing.

“A Voice to parliament will not be a funding body. It will not run programs. It will simply be a source of advice to government,” he said.

In the first question about support for the Voice in the Resolve Political Monitor, conducted in December and January by research company Resolve Strategic, 47 per cent of voters were in favour, 30 per cent were against and 23 per cent were undecided. Support was down from 53 per cent in the same survey conducted last August and September.

When forced to choose just yes or no in a later question, 60 per cent were in favour and 40 per cent were against. While a majority of Australians are still willing to back to Voice on this measure, support was down from 64 per cent in the survey four months ago.

The answers on the yes or no question showed majority support in a majority of states – the threshold required for the referendum to succeed – but also revealed a sharp fall in support in NSW and a weakening in support in Queensland.

Resolve director Jim Reed said the fall in support from September was not dramatic by itself but significant because it continued a long-term decline over several years from highs of about 75 per cent support.

The 60 per cent “forced-choice” support in the combined result for December and January slipped to 58 per cent when the January figures were split from the total, he said.

“The Yes vote still holds a lead nationwide and in every state, so it meets the double majority test, but this downward trajectory makes a result later this year less clear now,” he said.

“The comments we collected in this latest poll suggest that the recent drop is about voters feeling they don’t have enough information to make what they regard as an important decision.

“Esoteric legal and academic arguments about voting on principles don’t wash in the real world. Voters want to at least know its starting conditions before they grant it perpetual status.

“This is about knowing what the make-up, powers, scope and outcomes of the Voice will be. It is not a public rejection of Indigenous recognition at all, and should not be confused with that.”

The Resolve Political Monitor surveyed 3618 eligible voters in two stages, one in December and one in January. The second stage was held from January 17 to 22, when critics of the proposal stepped up their calls for more detail about how it would work.

Albanese is aiming to put the question to Australians in a referendum in the final months of this year to set up a body to be called the Aboriginal and Torres Strait Islander Voice with the power to “make representations to parliament and the executive government” on matters relating to First Australians.

His plan centres on an amendment to the constitution that would say: “The parliament shall, subject to this Constitution, have power to make laws with respect to the composition, functions, powers and procedures of the Aboriginal and Torres Strait Islander Voice.”

Questions about awareness and understanding of the Voice and the idea of a legislated Voice, rather than one enshrined in the Constitution, were only put to respondents in the second track conducted last week, with a group of 1606 respondents.

Asked if they could confidently explain to a friend what the Indigenous Voice was and how it would work, only 13 per cent of respondents in the January survey said they could do so.

( Information from politico.com was used in this report. Also if you have any problem of this article or if you need to remove this articles, please email here and we will delete this immediately. [email protected]k )