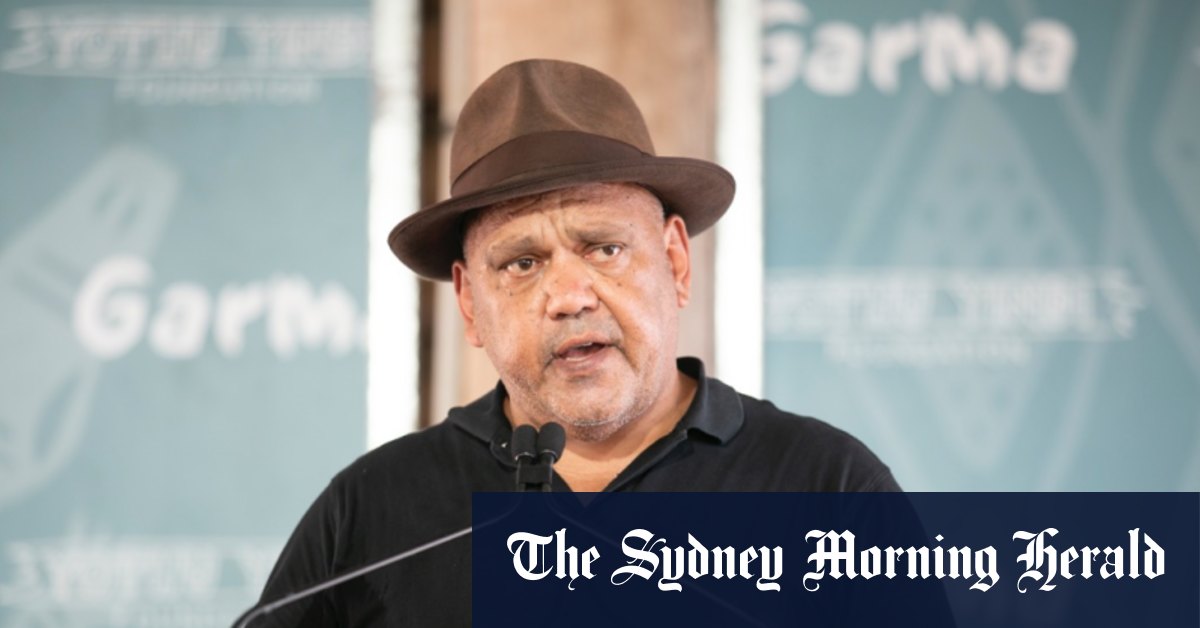 Leading Voice to Parliament campaigner Noel Pearson says reconciliation may never be achieved if this year’s referendum on the new advisory body fails.

The Indigenous academic and community leader said he feared opposition leader Peter Dutton and other Voice sceptics were calling for more detail as a diversion to talk down the proposal and ultimately cause the referendum to be lost.

“We’ve got to understand what is at stake and that is the chance for reconciliation. If the referendum is kiboshed through game play and [a] spoiling game by the opposition, we will lose the opportunity forever,” Pearson said on ABC’s Radio National on Monday.

Conservative politicians and some left-wing Indigenous activists, led by Greens senator Lidia Thorpe, have raised concerns about the Voice for months. On Monday, Coalition Indigenous Affairs spokesman Julian Leeser, a long-time supporter of the Voice, repeated that his backing for the proposal was wavering because of what he described as a lack of detail about how it would work.

But Pearson said it was well known through years of discussion about the Voice that the referendum would be a vote on the principle of a new Indigenous consultative body and technical detail would be decided by Parliament when it crafted legislated after a potential successful referendum.

“The responsibility for detail is Parliament’s. So the people responsible for the detail on the Voice are people like Peter Dutton, Anthony Albanese, Adam Bandt, David Pocock, Allegra Spender, Julian Leeser himself, Patrick Dodson.”

Prime Minister Anthony Albanese on Monday suggested the Coalition had not debated the Voice in good faith since he announced a draft referendum question and constitutional amendment in July.

“Now people can always go there and try and muddy the waters, it’s a very simple thing to do because … not everyone has a knowledge of our constitution and all of that,” he said on the Nine’s show.

“A Voice to Parliament will not be a funding body. It will not run programs. It will simply be a source of advice to government.”

Leeser, the Coalition’s most senior pro-Voice figure who worked with Indigenous leaders such as Pearson on early concepts before he entered politics, said the Albanese government needed to explain exactly how the body would work. The government has repeatedly referred to a detailed report by two academics that sets out how the Voice may work. But Leeser argued Labor had never formally responded to this report.

“I spent the summer going round talking to reasonable Australians, people that I would have expected would be people likely to support [the Voice] … They’re saying to me things like, look, I want to vote yes, but I’m just not sure I can because no one can explain to me how this will work.”

“I think the government is ignoring the reasonable concerns of reasonable Australians.”

When asked on radio precisely what type of details he was seeking, Leeser said it was unclear where the new provision would be placed in the constitution and stated the government had not explained why it had chosen to pursue one model over another. He argued government working groups were operating in a private and non-transparent manner.

On ABC News Breakfast, prime Minister Anthony Albanese promised more detail would be released: “There will be more detail that’s being worked through the referendum working group and that will be released. But let’s be clear, already – last July, I released what Australians will potentially be voting for, a draft question and draft constitutional change. That was something that was requested. There hasn’t been any suggested changes to that draft from the Coalition and they have had more than six months to put forward constructively.”

This masthead reported last week that anti-Australia Day rallies in Sydney, Melbourne and Brisbane will march under slogans calling for treaty and sovereignty to take priority over a Voice to parliament, highlighting antipathy to the Voice among left-wing Indigenous activists.

“There’s a point in the clock face where the far left meets the far right, and all of a sudden, the fringe of the left and the fringe of the right find common ground. They’re on a unity ticket. They’re saying the same thing. That is where you get Lidia [Thorpe] and [Coalition senator] Jacinta Price holding hands,” Pearson said.