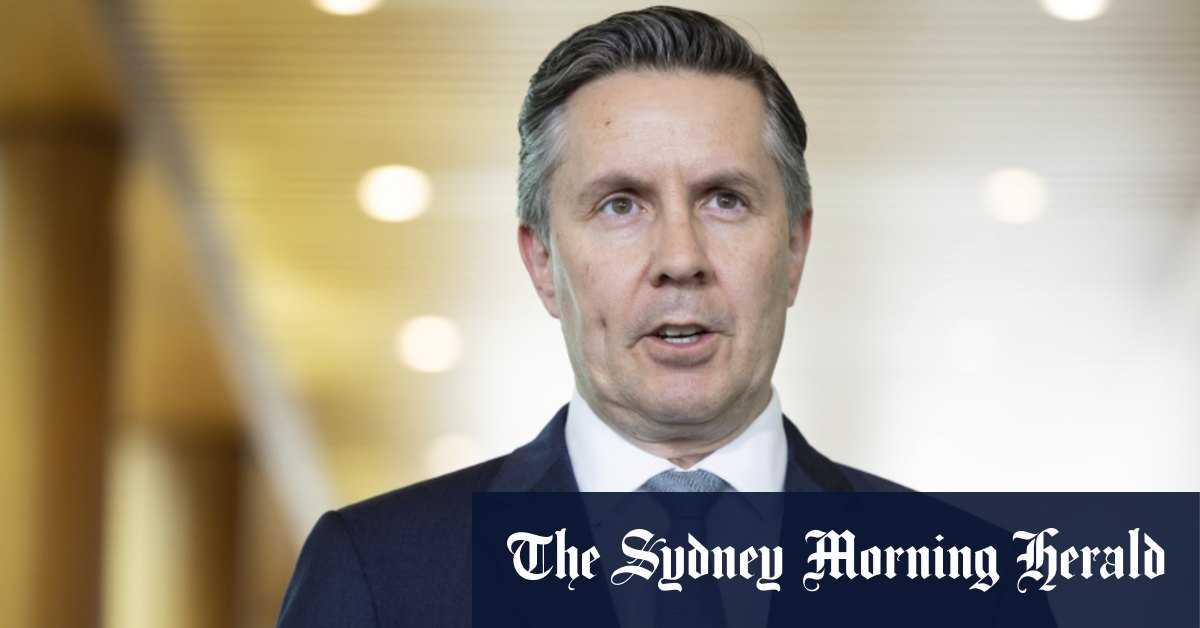 Health Minister Mark Butler says too much red tape and too many turf wars are limiting nurses, pharmacists and other allied health professionals from stepping in to fix a Medicare system under strain from rising costs and demands.

As the federal government pursues an overhaul of Medicare, Butler warned “more of the same is not going to cut it” and flagged the government was considering a wraparound model of care that enhanced the role of all healthcare professionals.

His comments were welcomed by nurses and the allied health sector – which includes optometrists, physiotherapists and dieticians – which called for a team-based approach to healthcare and said their members were willing to step up.

But the college of GPs said it was concerned such changes could fragment the health system and leave patients worse off.

Butler said he wanted to see “a much more liberated ability for all healthcare professionals” to contribute to the health system, which was in its worst shape in 40 years.

“At a time of skyrocketing demand for health care, and workforce shortages … It doesn’t make sense not to have every single one of our health care professionals working to the top of their scope of practice, whether that’s doctors, nurses, allied health professionals, pharmacists, and others,” he said at a press conference in Canberra on Monday.

“We just don’t have that happening in Australia. There are too many regulations, too many constraints within the [Medicare] system, too many turf wars that constrain the ability of people who want to deliver their full range of skills and training.”

“We’ve gone past a single discipline being able to offer complex care in an ageing community … I think the minister’s statement today is acknowledging the faults in the system,” she said.

“All disciplines need a better understanding of what the others do… Healthcare is a team game. You really need the contribution of other disciplines to best meet the needs of the patient. We need to make sure our clinics and primary care health services are financially viable, and the current Medicare system isn’t meeting that for people with long-term illnesses.”

But the Royal Australian College of General Practitioners expressed caution.

“While it’s great that our nation’s leaders recognise the need for reform, I am concerned the government’s proposed new model to overhaul Medicare will not go far enough to improve the situation for patients and may make matters worse,” president Nicole Higgins said.

Higgins also rejected Butler’s characterisation of a “turf war” between GPs and other health professionals.

“We already work together with our health colleagues. Our concern is the fragmentation of care, because that leads to poor patient outcomes and harm, and going down another path of uncontrolled spending like the NDIS,” she said.

“Medicare reform must have the GP as the steward of patient care. We have the continuity of care, we understand the complexity. Breaking it into parts and siphoning it off can be wasteful, lead to duplication and inefficiency.”

Allied Health Professions Australia chair Antony Nicholas countered that it was the college that had sounded the alarm that GP clinics were struggling.

“If there’s going to be an increasing shortage of GPs, we need to talk about the other options,” he said.

“The GPs reinforce that they are central to all healthcare, but the reality is that millions of Australians manage their healthcare without seeing a GP every year. Unless we have a broader system, consumers are going to pay more out of pocket, with less access and worse health.

“Yes, people need to be trained suitably and there have to be safeguards. But we’re talking about university-qualified health practitioners. Protecting consumer safety is obviously utmost, but the GP is not the only person who can make a diagnosis.”

Higgins called for both long and short-term reform, with immediate fixes to address underinvestment in general practice due to years of Medicare funding freezes.

As state premiers ready for the year’s first national cabinet meeting next Wednesday, they have backed the doctors’ campaign to increase Medicare rebates in the hopes it will lead to more bulk-billing and take some pressure off overcrowded emergency departments.

But Butler said simply adding more money to the health system’s existing structures would not meet the needs of an ageing population with increasingly complex and chronic health issues.

Asked whether he would commit to raising the Medicare rebate for GP visits or capping the patient gap fee, Butler said: “I’m not going to get into pre-empting what we might come out of the taskforce with.

“I want [to be] very clear with people. This is not easy. It’s not going to be quick, and our government is not simply going to be adding more money to the existing system.”

The final report from the Strengthening Medicare federal taskforce – which includes the RACGP, academics, allied health and nursing associations – will be finalised within weeks and will guide the May budget.

Butler said the taskforce had probed a blended “wraparound” model of funding as one option to consider. This could involve providing doctors’ clinics with lump sums that enabled them to offer care from nurses or different health professionals as well as traditional fee-for-service funding.

Coalition health spokeswoman Anne Ruston said it was important that Australians trained in healthcare were able to operate to their full scope of practice, but she said the federal government needed “to stop admiring the issues in our healthcare system and start explaining to Australians what they actually plan to do to address these issues”.

“The Strengthening Medicare report to be released in the coming weeks must address the critical workforce shortages, which are at the heart of the pressures on our healthcare system. The report must be accompanied by practical action to improve all Australians’ access to critical healthcare,” she said.