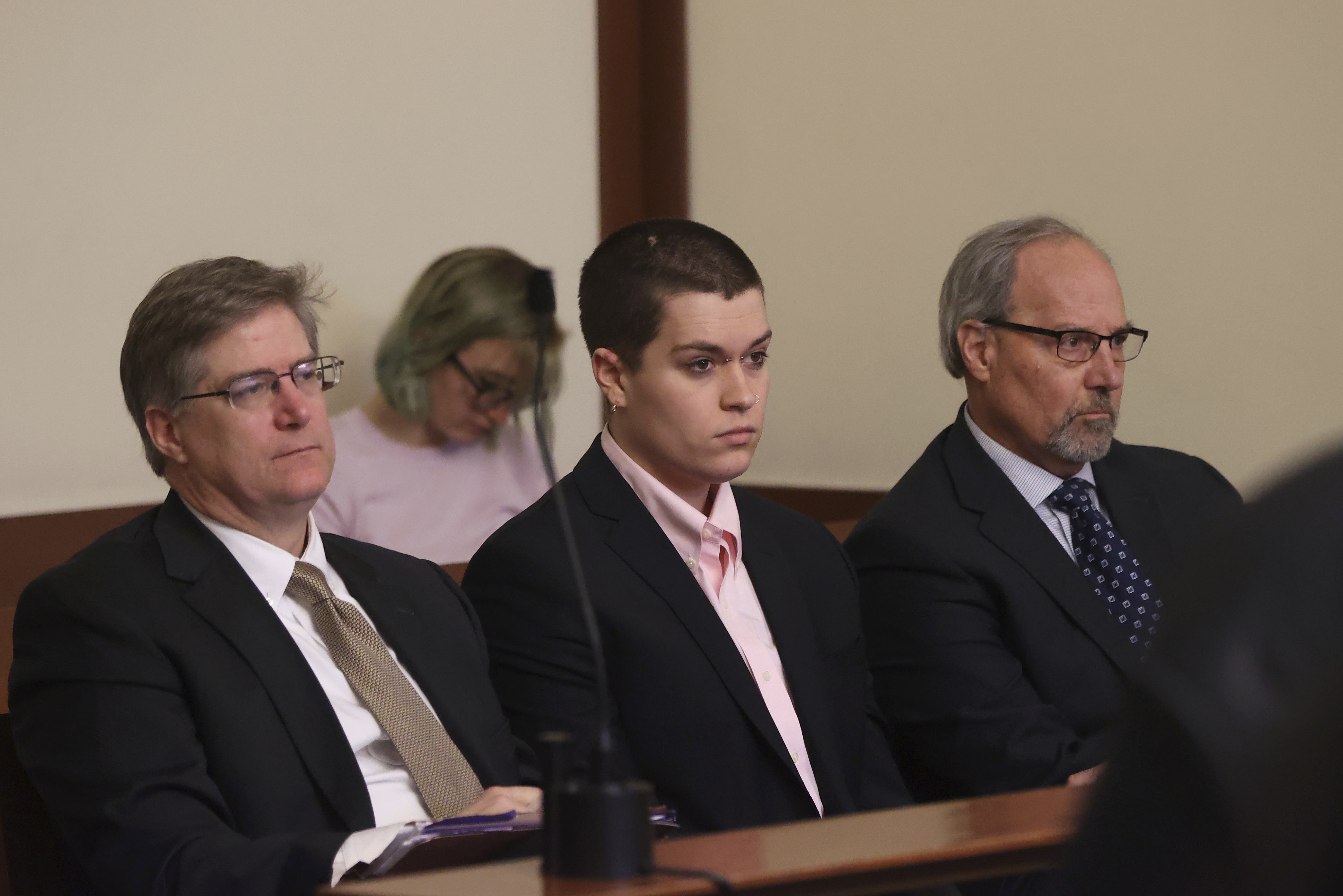 WATERTOWN, Mass. — House Democratic Whip Katherine Clark is condemning violence against police after her daughter was arraigned Monday on charges that included striking an officer who was trying to arrest her over the weekend.

“I condemn violence against everyone, whether that is against police or against community members as a result of any person or government entity,” Clark, the second-ranking House Democrat, told reporters at an unrelated event in a Boston suburb on Monday afternoon.

Dowell allegedly flailed her arms and struck an officer who was trying to arrest her after she was caught spray-painting a bandstand on the Boston Common on Saturday with anti-police slogans “NO COP CITY” and “ACAB” — “all cops are bastards” — according to a prosecutor and a Boston police news release. Dowell is nonbinary and was identified in a police news release on Sunday by her birth name.

Not-guilty pleas were entered on Dowell’s behalf. She was released on $500 bail that she posted at the police station on Saturday after her arrest. She is due back in court on April 19 for a pretrial hearing.

Swarmed by local journalists at a climate-related event with officials in Watertown, Clark largely responded to questions about her daughter’s arrest by referring to the statement she issued on Sunday.

“I love Riley, and this is a very difficult time in the cycle of joy and pain in parenting,” Clark had tweeted. “This will be evaluated by the legal system, and I am confident in that process.”

But, Clark added on Monday, “if we are talking about the importance of police in our communities, it has been my work and my vision and priority that every single person in every single ZIP code has … an assumption of safety in their communities. And that is the work that I’ve done. And police are critical partners in that work going forward.”

The Associated Press contributed to this report.