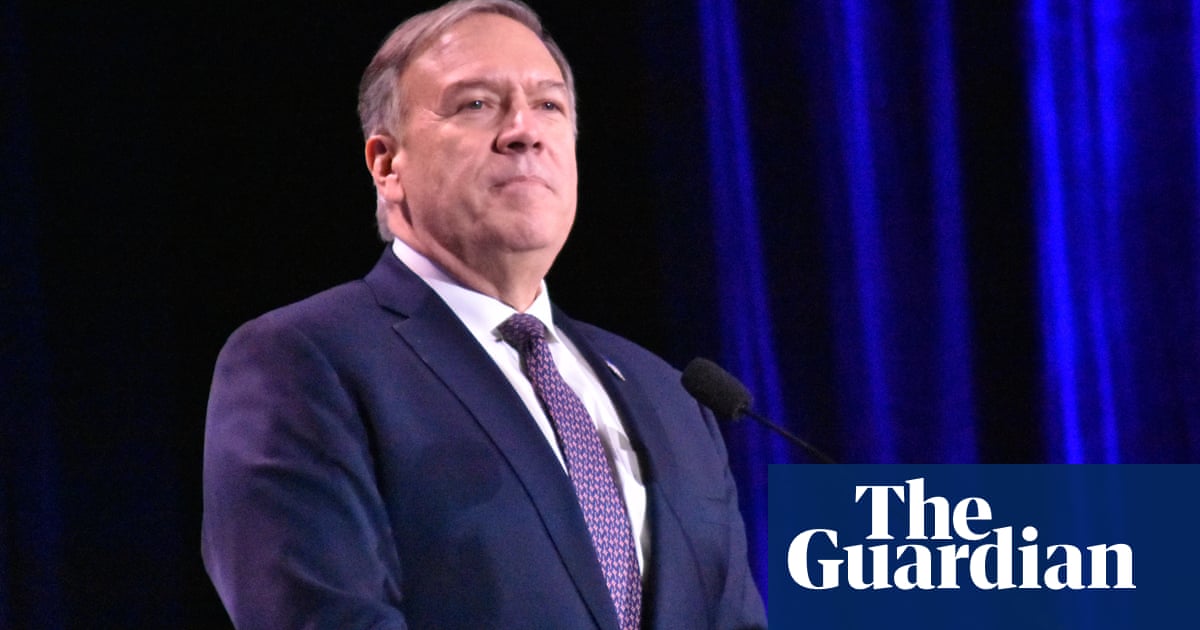 The former US secretary of state Mike Pompeo has dismissed the indignation prompted by the murder of Jamal Khashoggi as “faux outrage” – and cast doubt on whether the Washington Post columnist was a genuine journalist at all.

In his new book, Pompeo says that Khashoggi – who was killed by Saudi agents in Istanbul in 2018 – was not “a Saudi Arabian Bob Woodward martyred for bravely criticising the Saudi royal family”.

Instead, Pompeo argues, Khashoggi was “an activist who had supported the losing team”.

Pompeo’s book, Never Give an Inch: Fighting for the America I Love, will be published on Tuesday. The Guardian obtained and reported a copy last week. NBC News reported the remarks about Khashoggi.

Khashoggi’s widow told NBC that Pompeo should “shut up”.

An outspoken critic of the government in Riyadh, Khashoggi was killed – and dismembered with a bone saw – when he went to the Saudi consulate in Istanbul on 2 October 2018. His remains have not been found.

US intelligence reportedly determined that the killing was approved by the Saudi crown prince. But Mohammed bin Salman, known as MBS, was close to Jared Kushner, Donald Trump’s son-in-law and senior adviser. The Trump administration’s unwillingness to condemn the killing generated considerable criticism worldwide.

In his memoir, Pompeo – a potential Republican presidential contender – introduces his description of the Khashoggi affair with a provocative turn of phrase, saying the Trump administration’s relationship with Saudi Arabia “made the media madder than a vegan in a slaughterhouse”.

He calls the killing of Khashoggi “grotesque butchery … outrageous, unacceptable, horrific and despicable, evil, brutish and, of course, unlawful”.

But, he writes, the killing “wasn’t surprising – not to me, anyway. I’d seen enough of the Middle East to know that this kind of ruthlessness was all too routine in that part of the world”.

Pompeo bemoans “faux outrage … fueled by the media”. Reporters, he says, “hammered the story extra hard because Khashoggi was a ‘journalist’.

“To be clear, Khashoggi was a journalist to the extent that I and many other public figures are journalists. We sometimes get our writing published, but we also do other things. The media made Khashoggi out to be a Saudi Arabian Bob Woodward who was martyred for bravely criticising the Saudi royal family through his opinion articles in the Washington Post.

“In truth, Khashoggi was an activist who had supported the losing team in a recent fight for the throne … unhappy with being exiled.”

Citing New York Times reporting, Pompeo accuses Khashoggi of being “cosy with the terrorist-supporting Muslim Brotherhood” and says he expressed sorrow for the death of Osama bin Laden, another Saudi national.

“He didn’t deserve to die,” Pompeo writes, “but we need to be clear about who he was – and too many people in the media were not.”

On Monday, Khashoggi’s widow, Hanan Elatr Khashoggi, told NBC: “Jamal Khashoggi is not part of the Muslim Brotherhood. I confirm it to you.” She also said Khashoggi “always condemned” the 9/11 attacks plotted by Bin Laden.

Pompeo is set to wield his experience as CIA director and secretary of state in his expected run for the Republican presidential nomination, a contest in which he trails Trump and the Florida governor, Ron DeSantis, by huge margins in early polling. Pompeo’s book is one of a slew of such volumes out or due as the primary draws near.

Hanan Elatr Khashoggi said she wanted “to silence all of these people who publish books, disparage my husband and collect money from it”.