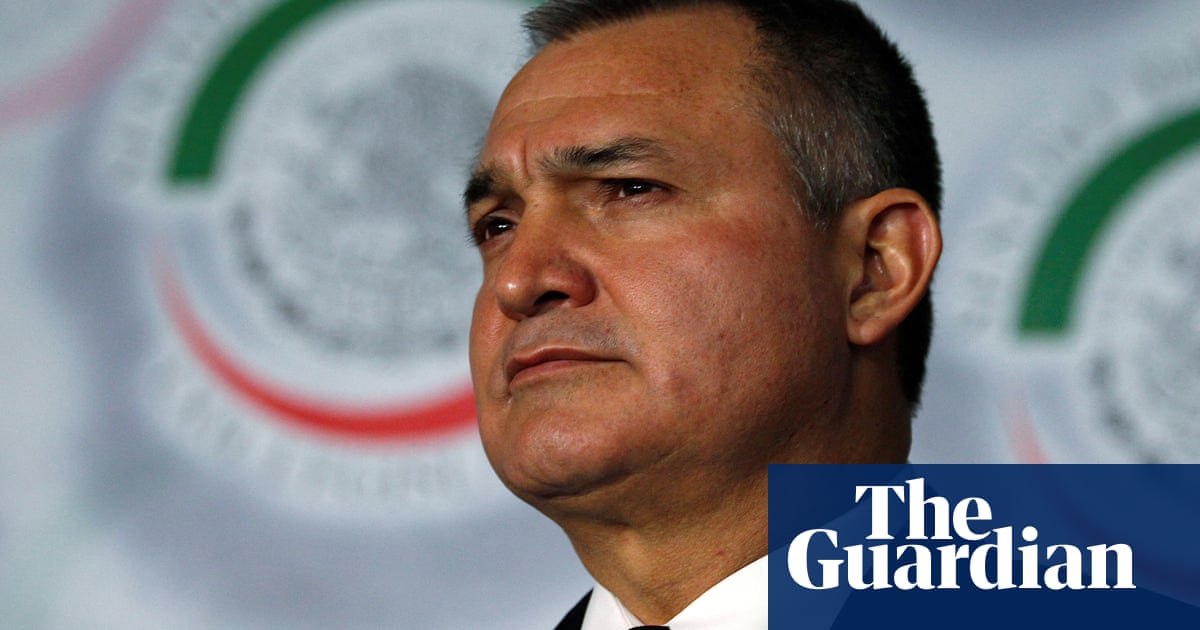 The trial of a former top Mexican law enforcement official got underway in a Brooklyn court on Monday, one of the most significant drug trafficking cases since the prosecution of drug lord Joaquín “El Chapo” Guzmán more than four years ago.

Genaro García Luna, who ran Mexico’s version of the FBI before being appointed to lead the country’s security ministry – and therefore its war on drug trafficking groups – is accused of taking millions of dollars in bribes in exchange for granting protection to the violent Sinaloa cartel.

According to US prosecutors, that protection allowed the cartel, headed by El Chapo, to import multi-ton shipments of drugs into the US, while also evading capture by authorities. The accusations against García Luna surfaced during El Chapo’s own trial which concluded in 2019.

On Monday, the prosecution and defense both presented their opening arguments before the jury, providing a sense of how the blockbuster trial might unfold.

The prosecution focused on García Luna’s role in allegedly enabling the Sinaloa cartel to traffic huge amounts of drugs to the US. Prosecutors have alleged that García Luna also tipped the cartel off to potential arrests and allowed some gang members to walk free.

“He is a man who betrayed his country and ours,” added the prosecutor, as García Luna looked on from the dock, sometimes blowing kisses to his wife and daughter.

The former Mexican police chief has pleaded not guilty to five counts that carry possible sentences of between 10 years and life in prison.

A lawyer for García Luna, Cesar de Castro, rejected the allegations and emphasized the lack of evidence that US authorities have in linking his client directly to the allegations of bribery.

There is “no money, no photos, no video, no texts, no emails, no recordings, no documents – no credible, believable evidence that Genaro García Luna helped the cartel,” the lawyer said in his opening statement. He described the case as “a very public and angry display” by a US government that is forsaking a onetime drug-fighting partner.

De Castro argued that the cartel members who are set to take the stand after pleading guilty and agreeing to cooperate with the government, are just trying to lessen their sentences and exact revenge on a government official they see as responsible for their apprehension.

“Don’t let the cartels play you,” he told jurors.

The trial, which is being closely watched in Mexico, threatens to pull back the curtain on the decades-long war on drugs, which has resulted in more than 300,000 murders since 2006, when then-president Felipe Calderon sent the military into the streets to confront the cartels.

The strategy, which received considerable backing from Washington, was spearheaded by García Luna, who headed up the Mexican security ministry until 2012. According to US prosecutors, García Luna then moved to Miami, where lived a life of luxury, supported by businessmen whom he helped to extend technology and surveillance contracts in Mexico.

Yet while corruption among Mexican law enforcement is widely known, the case also threatens to shine a spotlight on just how much US authorities knew about García Luna’s backroom dealings, and why they did little to stop it.

According to ProPublica, investigators had evidence allegedly showing García Luna’s collusion with the Sinaloa Cartel going back as far as 2012 – before he’d even stepped down from office. But despite presenting evidence to federal prosecutors over the next few years, the indictment request was repeatedly rejected, ProPublica reported.

It was only in 2019, when a witness in the trial of El Chapo told the court he had given García Luna briefcases filled with millions of dollars in cash as part of the then-security minister’s deal with the Sinaloa cartel, that prosecutors from the eastern district of New York started putting together the evidence that resulted in García Luna’s arrest that December.