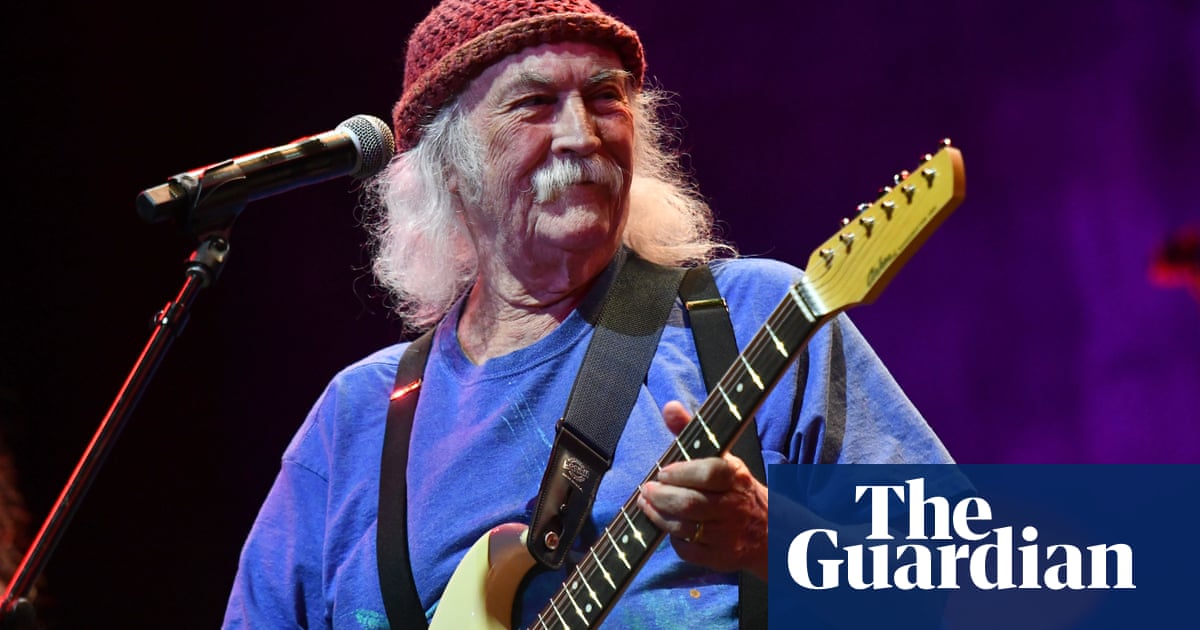 David Crosby was working on a new album and planning to tour again until the day he died, according to musicians who worked with the folk-rock pioneer in his final days.

The founding member of the Byrds, and Crosby, Stills and Nash died last week at the age of 81. But other artists who were working with Crosby on new music told Variety that his death had came as a shock, as he’d been rehearsing for a new tour and “seemed practically giddy” about new songs he was working on.

“David didn’t think he was gonna last for years, which he joked about all the time. But there was no sense that we weren’t gonna be able to do this show and these tours,” guitarist Steve Postell told Variety. “We were talking tour buses and what kind of venues and the whole team was all back together again – the road manager and tour manager and sound guys – on top of this band we’d put together. There was not even a remote sense that we weren’t about ready to hit the world. And it’s a shame people didn’t get to hear it.”

Postell said he spoke with Crosby on the phone the day he died and that they’d rehearsed together the week before. Crosby “seemed practically giddy with all of it”, Postell said.

“He was showing us new songs, like, ‘What do you think of these lyrics?’ He hadn’t lost the fire. I’d like people to know that he was on it,” Postell said. “He was writing, playing, singing his ass off and preparing a fantastic show. That’s what he was doing. He was not lying in a bed for two years, out of it. That’s not what happened at all.”

Both Postell and Sarah Jarosz, another musician who was working on Crosby’s unnamed new album, said his death felt sudden, despite his widow Jan Dance releasing a statement saying Crosby had died “after a long illness”.

Postell said: “He was a weakened guy from a lot of different preexisting conditions, and everyone knew it … but he was not dying. We were rehearsing. We were going out to dinner.”

Jarosz, who had recorded vocal and mandolin parts for Crosby’s next unnamed album, said she also wasn’t aware of a long illness. “I mean, every time we talked, he would call and I’d be like, ‘How are you doing?’ And he’d be like, ‘Well, I’m dying’ – but jokingly, with a laugh … It was more just like the hard years of living and being 81. It certainly came as a shock,” she told Variety.

“I feel like his voice almost was getting better and better. As time went on, there was just a richness to it and his vocal performance even on that song has so much youth in it and spirit and honesty,” she added.

Crosby released five studio albums in the final decade of his life, with the last, For Free, released in July 2021. In an interview last year, Crosby reflected on his amazing productivity, saying it was “an absurd rate to be cranking albums out”.

“I’m 80 years old so I’m gonna die fairly soon. That’s how that works. And so I’m trying really hard to crank out as much music as I possibly can, as long as it’s really good … I have another one already in the can waiting.”

Crosby announced he had retired from touring last year, citing his age, but in December he tweeted saying he changed his mind. Postell told Variety that Crosby had been convinced after letting Postell play guitar for him, allowing him to focus on singing.