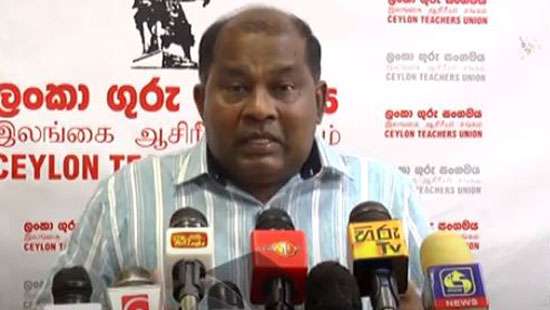 When the government decides not to impose power outages during the 2022 GCE Advanced Level (A/L) exams, it is playing with children's education, according to Ceylon Teachers' Union (CTU) Secretary Joseph Stalin.

He said the power and energy minister says that an additional Rs. 5 billion would be required to provide continual power supply during the examination.

Stalin said the CEB and the CPC are under this government, and the government is trying to play with the education and the future of its own children. (Chaturanga Pradeep Samarawickrama)