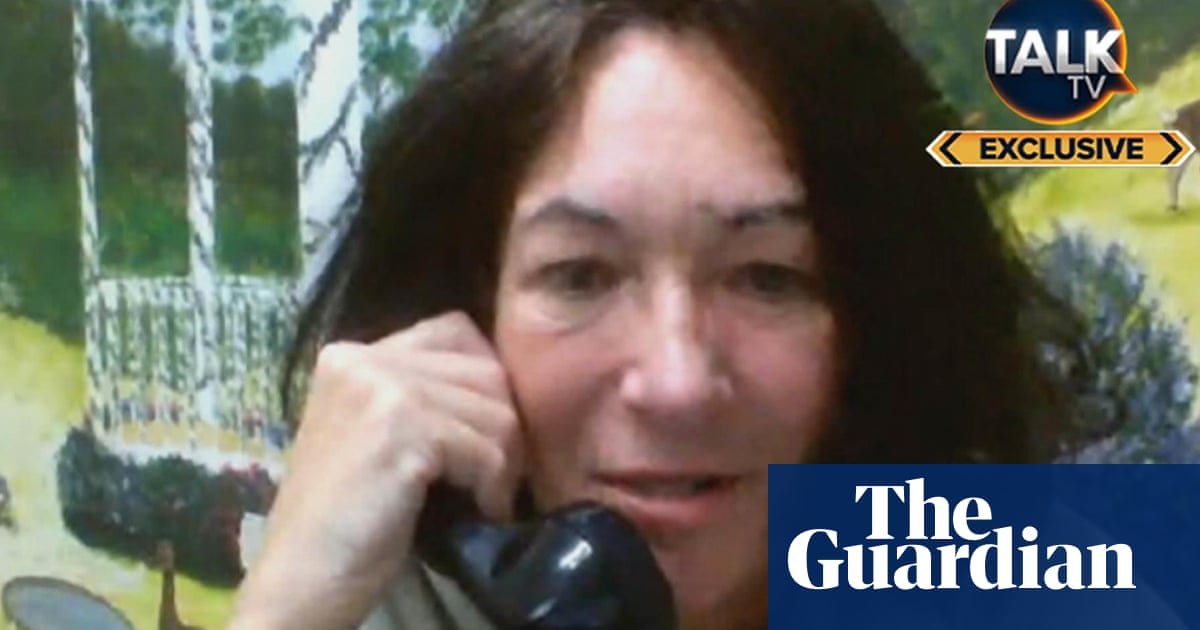 The disgraced British socialite Ghislaine Maxwell has said, in a television interview from prison, she wished she had “never met” the paedophile Jeffrey Epstein.

Maxwell, 61, was sentenced to 20 years in a US prison for procuring underage girls for the American financier to sexually abuse. She maintains her innocence.

In an interview for TalkTV’s Jeremy Kyle Live: Ghislaine Behind Bars, which aired on Monday night, she also propounded the unfounded conspiracy theory that Epstein was murdered.

Epstein, whose elite associates once included Prince Andrew and Bill Clinton, was captured by federal authorities in July 2019 on sex-trafficking counts. He killed himself in a New York City federal jail just over a month after his arrest.

Speaking from prison, Maxwell said: “I believe that he was murdered. I was shocked. Then I wondered how it had happened because as far as I was concerned, he was going to … I was sure he was going to appeal.

“And I was sure he was covered under the non-prosecution agreement. But I wasn’t in the indictment. I wasn’t mentioned. I wasn’t even one of the co-conspirators. I honestly wish I had never met him.

“Looking back now, I probably wish I had stayed in England. But leaving that aside, you know, I tried to leave and start another new job and move on from the end of ’98, ’99.

“So I wish I had been more successful in moving on … because I’d been a banker and so I should have moved on completely.”

Maxwell also claimed the well-known photograph showing Andrew with his arm around his accuser Virginia Giuffre is “fake”.

“I don’t believe it’s real,” Maxwell said. “In fact I’m sure it’s not … there’s never been an original. Further, there’s no photograph. I’ve only even seen a photocopy of it.”